Cronyism in space? Ron Paul is right to blast it. 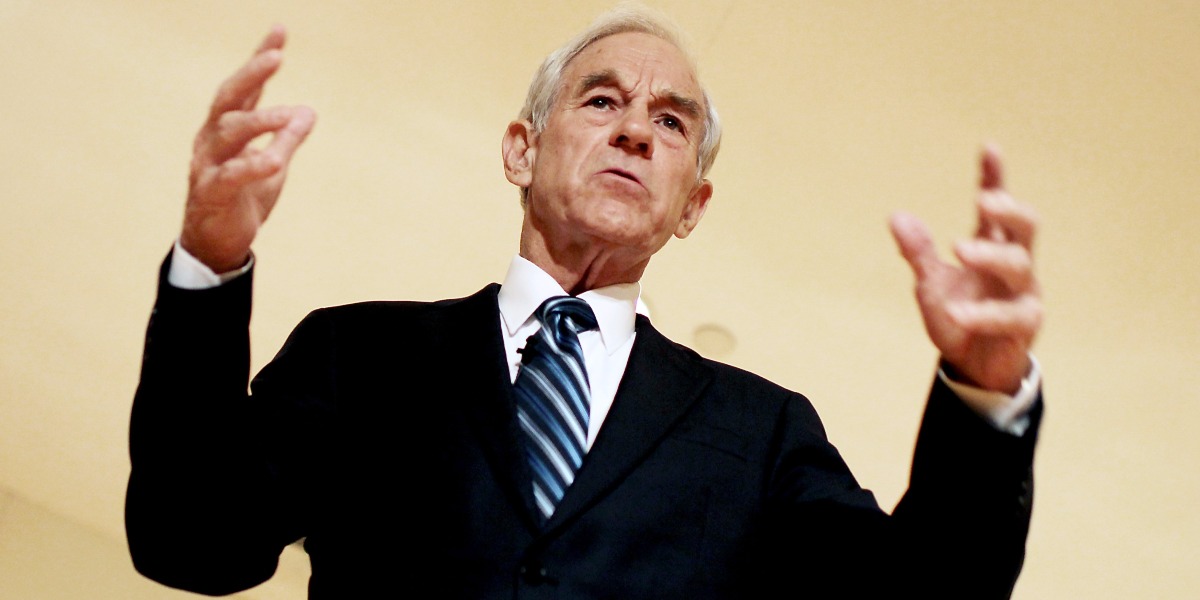 AP Photo/Cheryl Senter
Republican Presidential candidate, Rep. Ron Paul, R-Texas, speaks at a town hall meeting in Hampstead, N.H., Friday, Oct. 28, 2011. Paul, a libertarian, is proposing to scrap the income tax entirely, contending the government didn’t have the authority to impose it to begin with. Instead, Paul says he will make ends meet through excise taxes, tariffs, and by greatly shrinking the government. In the process, he would abolish the Internal Revenue Service and the Federal Reserve. (AP Photo/Cheryl Senter)

Former congressman Ron Paul (R-Tex.), known as “Dr. No” for his honorable stands against imperfect government legislation, just said no once more.

In an op-ed for Fox News, Paul took aim at Section 1615 of the 2017 National Defense Authorization Agreement (NDAA), which would hand aerospace manufacturer SpaceX complete control of space launches by limiting the advancement of new launch systems.

It seems SpaceX has a two-pronged legislative approach to outlaw its competition: have Congress ban the Russian-made RD-180 rocket engine and ensure all future procurement of new launch vehicles is cut off.

Rather than address the fundamental arguments Paul has raised, some Internet trolls have gone so far as to suggest he is doing this because some employees of Boeing and Lockheed Martin gave him campaign contributions — in 2012. This notion is laughable.

And in any event, Paul is correct.

The only two competitive launch vehicles currently on the market are SpaceX’s Falcon 9 and the United Launch Alliance’s (ULA) Atlas V. Competitors, including Blue Origin’s privately-funded New Glenn and ULA’s Vulcan, will be joining them soon.

The shelf life of the Atlas V is limited because it uses Russian-made RD-180 engines. Due to Russia’s annexation of Crimea, the U.S government declared last year it plans to phase out the use of Russian engines by 2022, although the Pentagon’s needs may extend its life by a few years.

Yet, SpaceX has been seen pushing policies that would put a quick, immediate end to its only existing rival in the space industry. SpaceX has showered politicians upported an earlier restrictions, like Sen. John McCain (R-Ariz.), with campaign donations. At the same time, it has paid lobbying firms to ram bills like the 2016 NDAA through Congress.

But McCain and other recipients of SpaceX’s largess have not been successful in pushing an early exit. So, now it looks like the company has moved to its second agenda item: prohibiting the U.S Air Force from encouraging the development of new launch vehicles.

This objective is the far most important of the two. Presumably, SpaceX does not want any money going towards new launch vehicles that will compete with it and benefit the aerospace industry as a whole, preferring new rocket engines instead. Why? Because their true motives are likely buried under the assertion that the new engines will help salvage its RD-180-dependent rival.

Of course, this helping-hand notion is pure fiction. In the words of the Pentagon, “Assured access to space requires end-to-end space launch services and not just a rocket engine,” because “any effort to simply replace the RD-180 with a substitute engine would require extensive design and engineering changes … and would ultimately result in a new launch system, which would require recertification.” So no, competition will be thwarted, not preserved.

Current law requires “the availability of at least two space launch vehicles (or family of space launch vehicles)…,” so the Section 1615 language is a clever attempt at an end-run to corner the market. By keeping its one competitor intact but making it no longer affordable, existing regulations will not be violated and the playing field will be slanted greatly in SpaceX’s favor.

RARE POV: Lobbying in Trump’s Washington is about crony capitalism and ignoring Congress

As Paul made clear in his op-ed, Section 1615 is just a ploy to move government money around to benefit one company. In reality, the provision is not a matter of government funding but rather a redistribution scheme. “If this provision becomes law, SpaceX will be able to charge the government more than they could in even a quasi-competitive market,” Paul writes.

Some libertarians and others support the complete privatization of the space industry, including the Evolved Expendable Launch Vehicles. Instead of supporting legislation that will bring about a government-created monopoly, free marketeers of any stripe should support a clean bill — because just as NAFTA and the Trans-Pacific Partnership trade deal do not, in reality, resemble free trade, Section 1615 does not bring about the furthering of free markets.