Last month, House Republicans passed the CHOICE Act, which would roll back large portions of the Dodd-Frank financial overhaul that was passed in 2010. While politicians like Senator Elizabeth Warren allege that Dodd-Frank provides a bulwark against a repeat of the 2008 economic meltdown, Republicans are skeptical. They’re right to be.

After Dodd-Frank, the economic recovery dragged on through five years of faltering growth, as still-spooked creditors struggled under the additional anxiety of new regulation. The millions of average Americans still without jobs, retirement funds and homes languished alongside creditors on Wall Street in the slow recovery, and some still are languishing.

A dearth of credit after 2008 explains most of the lack of job growth. Although banks were naturally skittish after the financial crisis, their extreme and sustained suspicion towards potential borrowers came from the new, hefty set of regulations via Dodd-Frank.

In a way, this was the act’s intended effect. Its sponsors crafted the law under the theory that hubris and irresponsibility on Wall Street caused the Great Recession. Of course, while the bankers-gone-wild theory is true to a point, greed and stupidity are ubiquitous human traits not unique to 2008 or to the financial sector.

If Wall Street bankers became more hubristic in the 2000s, it was because policymakers had taught them for decades that the government would cover their mistakes with taxpayer-funded bailouts. They were “gambling with other people’s money,” as economist Russ Roberts quipped. Of course they were less risk-averse.

Peter Wallison, author of “Hidden in Plain Sight,” a book about the causes of the Great Recession, testified before Congress this year that by placing more regulations on the financial sector instead of rolling back the federal programs that caused the housing frenzy, Dodd-Frank stymied growth and set the economy up for further long-term instability.

The CHOICE Act would reduce the likelihood of repeating the risky behavior on Wall Street that led to the 2008 collapse by repealing “too big to fail” bailout measures in Dodd-Frank. Without the promise of government dollars to rescue them, bankers will be less likely to make big gambles.

Among other examples of Dodd-Frank regulations withering liquidity, Wallison points to the damage that the Consumer Financial Protection Bureau’s (CFPB) 1,000-page loan regulations did to small banks. “Small banks, the credit sources for small businesses and startups, faced new and costly regulation, requiring them to hire compliance officers instead of lending officers,” he writes. As credit dried up, the economic recovery slowed to a crawl.

The CHOICE Act also responds to the chokehold Dodd-Frank placed on credit by repealing many of the CFPB’s regulations and other hefty rules that stop lending.

“So what?” you might ask. Most of us aren’t bankers or investors. But contrary to popular narrative, financial regulations do most of their harm to the poorest and most vulnerable in society, not the big banks.

The recession undoubtedly took the heaviest toll on those who started with the least, as did the slow recovery. During the crisis and afterwards under Dodd-Frank, tight money meant employers chose more experienced and educated workers, leaving younger and inexperienced workers behind.

Similarly, frail economy-wide growth numbers hovering around 2 percent combined with low Fed interest rates to ensure that many Americans who lost large portions of their savings in 2008 didn’t recover them before retirement. The executives at AIG might have also failed to recover most of their savings had they not been bailed out, but their losses wouldn’t have determined the quality of health care or the retirement facility they were afforded in retirement because half of a $10 million pension is still $5 million. Poorer savers were counting on the recovery to recoup their losses, and they hurt more when it didn’t come.

Dodd-Frank failed to address the true cause of the crash and stifled recovery for the next several years. Even now, having fully emerged from the trough of the recession, regulations and onerous taxation have kept economic growth at 2 percent annually.

But just as low growth is the barrier that blocks the poor, high productivity offers them the surest way out of poverty. By repealing and reforming large swaths of Dodd-Frank, the CHOICE Act could become the Republicans’ most successful antipoverty program yet. 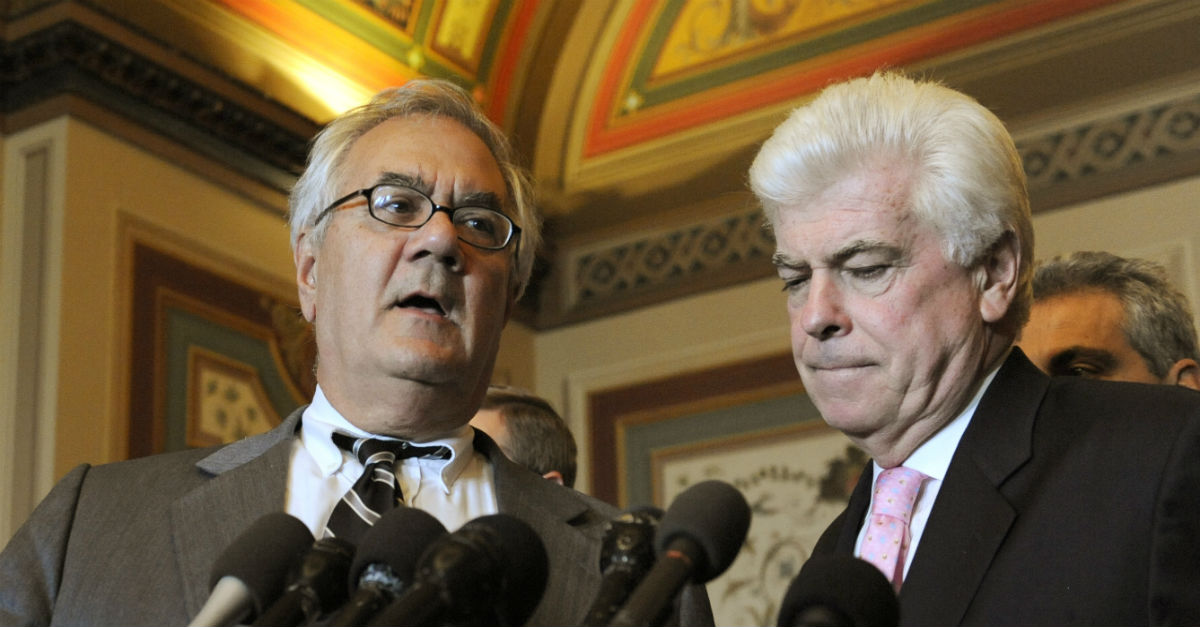