Everyone loves food trucks, but ridiculous government regulation makes it harder for them to succeed 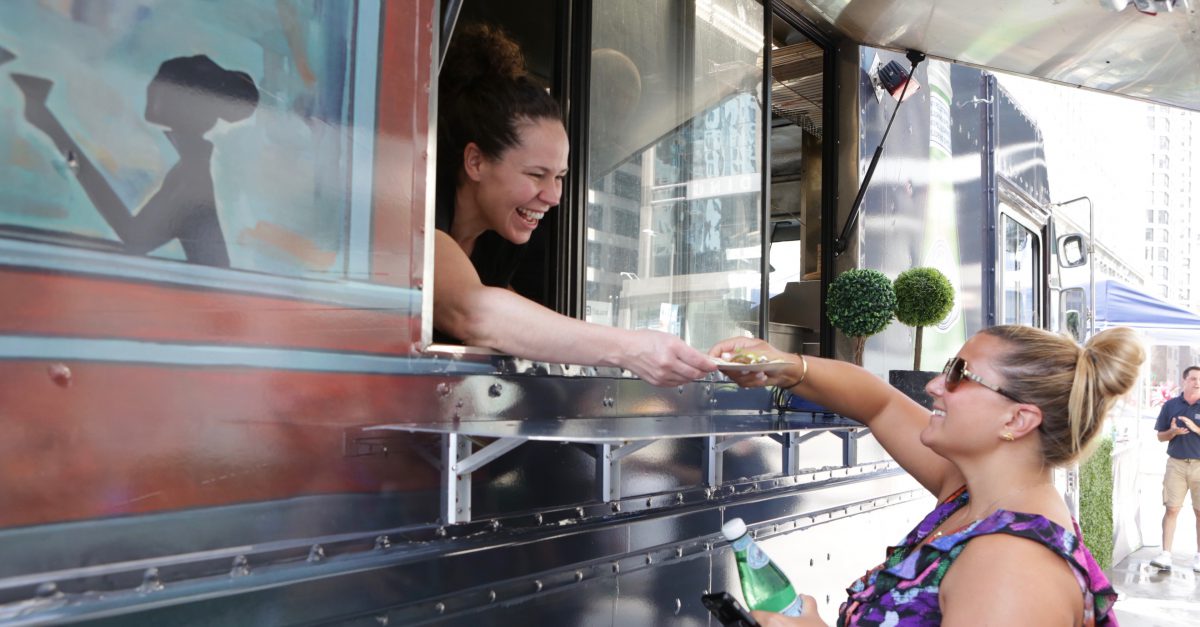 Did you leave your office for lunch today? If you did, you probably saw a food truck parked on the corner selling sandwiches, pizza, or cupcakes. Chances are that you or someone you know probably went there for lunch. Since the recession, food trucks have grown to become as ubiquitous as brick and mortar sandwich shops and pizza joints in most cities. However, increased regulations are restricting food trucks from operating on the grounds that they are creating unfair competition.

Two weeks ago, a food truck owner in Chicago appealed a local judge’s decision to uphold the 200-ft rule which bans food trucks from parking within 200-ft of a restaurant that sells a similar product. Chicago regulations also restrict the time a food truck can be parked for a maximum of two hours.

There are currently over 4,000 food trucks in America, employing over 13,000 people, and this sector is continuing to grow according to IBISWorld, a market research firm. Food trucks are providing jobs for entrepreneurs and more options for the consumer; it seems like a win-win situation.

Food trucks have created an entryway into a market that otherwise is one of the most difficult to break into; food service. In an interview with John Stossel for Fox News, Dick Carpenter of the Institute for Justice said, “The costs are often much less for a food truck so it is a way for them to get into business and then grow that business into something bigger.” Food trucks are creating investment opportunities and have become a vital part of our economy.

And it was beneficial until city regulations began restricting operations for food trucks on the grounds that they were hurting the local restaurant economy. These advocates, or “bottleneckers“as Carpenter calls them, are creating barriers to entry into their profession in order to protect their self-interest, instead of advocating for the kind of competition that will provide more choices and superior quality to the consumer. Some claim that they need these regulations in order to maintain revenue to match their high costs and taxes. This claim assumes that food trucks have fewer operating costs and do not pay taxes.

Politicians that are either restaurant owners themselves, like Chicago Alderman Tom Tunney, or gain from protecting brick and mortar restaurants, are actively trying to block out food trucks. Supporting actions that can only be described as crony capitalism, politicians are giving restaurant owners an unfair advantage by trying to control the market.

This is a clear example of how government regulation stifles the economy and ultimately hurts the consumer. New innovative businesses are not a problem; they are part of the solution to recessions and unemployment. If you think about it, every business that exists today began with a creative idea as a solution to a problem. Uber and Airbnb introduced a superior product into a competitive market, and government and special interests attempted to push them out through overregulation out of fear that they would gain market share.

Politicians are not fooling anyone by disguising regulations under the premise of “protection,” and we need to take a stand against unfair regulations. More restrictions on small businesses are not the answer. It is absurd to think that there are products and services that will never see the light of day because of some regulation that is designed to “protect” consumers from emerging businesses.

Crony capitalism and excessive regulation are not only hurting the fiscal economy but also the marketplace of ideas.

Pooja Bachani is the Director of Communications at Young Americans for Liberty. Follow her on Twitter @PBforliberty