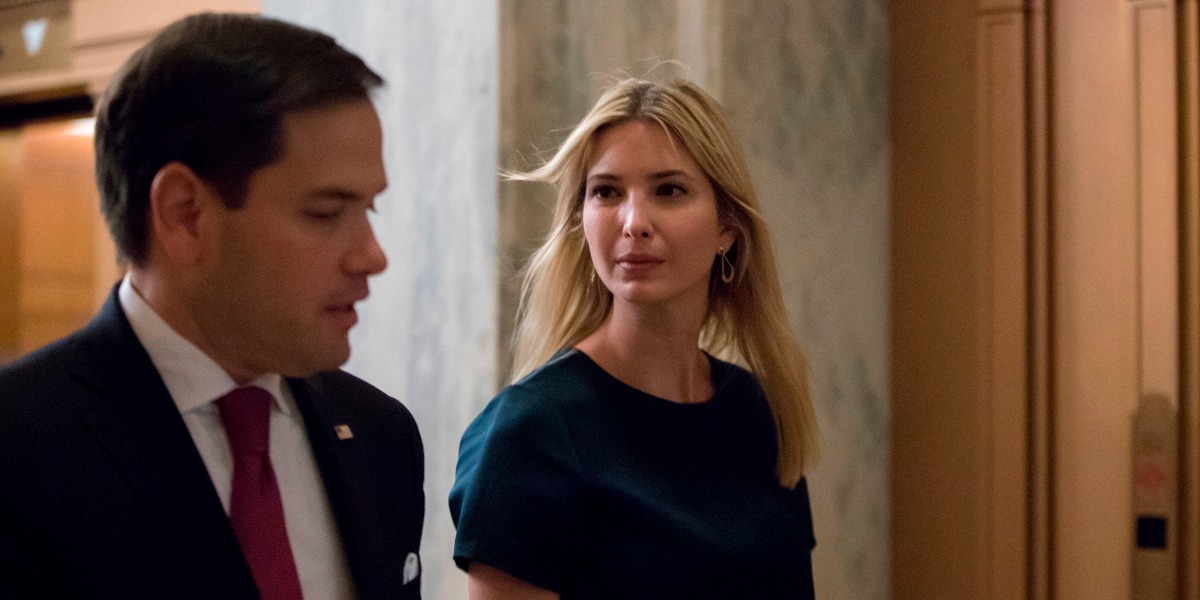 In his recent State of the Union address, President Trump hinted at prioritizing paid family leave in the coming months. Now, Senator Marco Rubio and presidential adviser Ivanka Trump are trying to corral Republicans into supporting a plan that would allow new parents to prematurely dip into their future Social Security checks in order to support their ability to take more time off. This would delay when they are able to receive Social Security benefits in later years.

So, if a woman begins to receive Social Security at 66, but as a new mother decides to take advantage of twenty weeks of the paid parental leave program, the age at which she’ll receive benefits will be pushed back by twenty weeks.

Progressives have mostly greeted this proposal with fervent disagreement. Some of it is justified: they’re right that we do very little in our country to create a supportive culture for working parents, and dipping into Social Security just kicks the can to a later date, potentially harming the elderly and allowing people to screw themselves over later, financially speaking.

But despite the flaws in this proposal, we’re all talking past each other, as usual. The fact is that my generation –– millennials, and Gen Zers, too –– have been taught not to rely on whatever Social Security benefits that could still exist by the time we are eligible for them. If you’re 25 or 30 and you’re counting on Social Security as your retirement, you should rethink that plan fast. So this entire conversation is somewhat irrelevant for most people entering their prime childbearing years who would utilize these benefits (remember: “millennial” doesn’t just mean “kids these days,” it means people born between 1980 and the mid-1990s, though definitions vary).

Unfortunately, the market does not always provide to the degree conservatives and libertarians would like. At too many companies, it’s tough to get paid family leave for more than a few weeks. The conservative answer to that is: if you don’t like the benefits at the place you’re working, you should leave. That’s absolutely true, but it’s not always very easy to do that in practice. Life is full of trade-offs and conflicting priorities.

But lots of companies –– even those big, bad corporations the left loves to demonize –– are recognizing that making family-friendly policies attracts good employees and makes their companies desirable places to work. It’s good business, not government coercion. Corporations like Walmart and Starbucks aren’t being compelled to offer their hourly employees (who are likely less well-off than their salaried employees, mind you) better benefits. They’re choosing to do so of their own volition. Is it possible they’re just playing a long PR game to seem less evil to the left? Absolutely. But there’s also the possibility that they think happier and healthier employees are better employees, who are more productive, loyal, and committed to the company.

Meanwhile, many people still criticize the U.S. for not having a federally-mandated paid family leave policy (there is a mandated unpaid family leave policy). But even without such a thing, the vast majority of companies provide paid leave on their own. At the end of the day, it’s not up to legislators or bureaucrats to figure out how to help people afford to have kids, nor should it be.

Societally, we could do a better job of teaching people financial literacy and helping them prepare for their futures. But we also can’t always shelter people from tough decisions or help them achieve the perfect balance. Having children is costly and full of trade-offs –– it’s something you have to account for in your own budget. The state shouldn’t be required to do that for you, and it’s largely up to you to make sure you can provide for the people you bring into the world.

There are other ways parents can mitigate the total cost of child rearing. They can choose to live closer to parents and siblings who can shoulder some of the burden. They can choose to have children at a time when it makes sense for one provider to work part-time or not at all. They can escape from the silly concept that every child must be perpetually shuttled back and forth from painting to karate to chess practice. They can find alternatives to college (like apprenticeships, trade schools, or school abroad) or emphasize practicality when choosing a college, as opposed to feeding the strange myth we’ve created that there’s some perfect place to go to college and every child should try to get into their ivy-covered dream school. They can also take writer Megan McArdle’s superb advice and remember to save for their own retirement over their child’s college.

But the thing they can’t do is expect the government to foot the bill for their choices. We should encourage a more family-friendly work culture through private means. In many places, that strategy is already working.