It’s not the government’s job to quash the competition 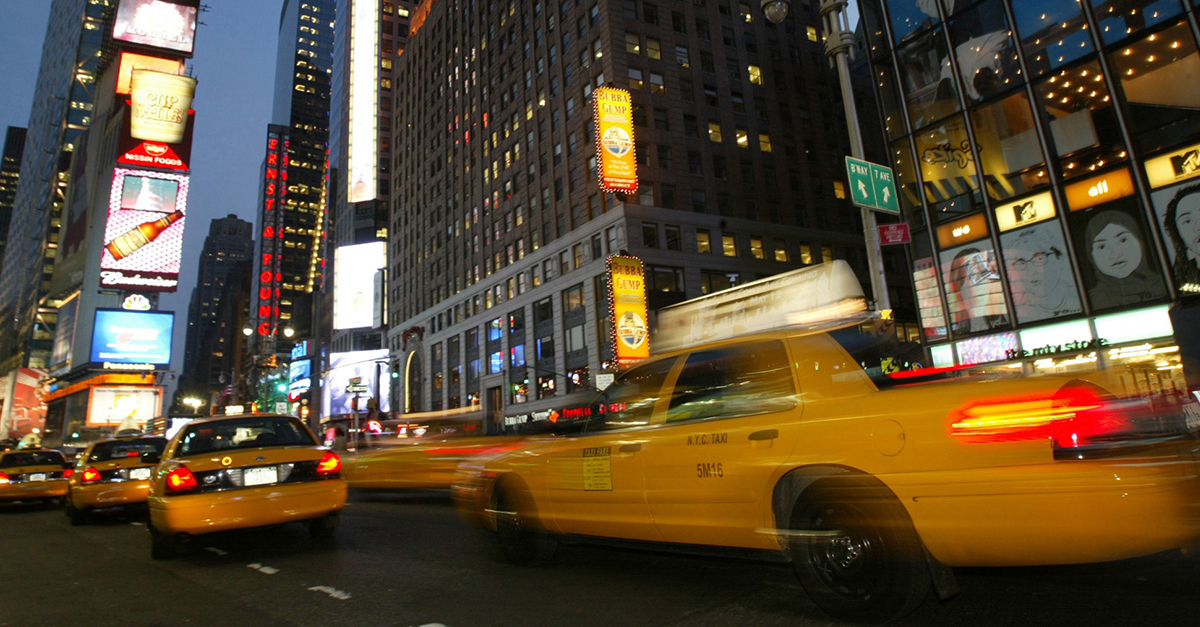 “Working in the Las Vegas taxi industry was traditionally a solid job where a driver could support his family,” wrote Theatla Jones of the Vegas taxi union to Nevada legislators, “but those days are gone unless we secure your help.”

What sort of help? Well, Jones said, the taxi industry needs state help to “survive due to unfair competition” from apps like Uber and Lyft. Currently, she argued, too little regulation means these competitors undercut the older taxi system by offering lower prices and faster service.

Per Jones’ 16-point proposal, Nevada should levy more taxes against Uber drivers, prohibit prices that are both too low and too high, and—this is the real kicker—require rides be hailed “a minimum of 10 minutes in advance” of when they are taken. In other words, because a taxi might take 10 minutes to pick up a customer but an Uber might get there in five, Jones wants the Uber to loiter around the corner, intentionally inconveniencing the customer, just to make sure everything is “fair.”

RELATED: How local governments are unfairly hurting dogs and their owners

Of course, regulatory fights have been a steady feature of the ridesharing rollout. As I write this, new rules just went into effect in Michigan, where Uber drivers now have to pay an annual fee to the state and submit to annual vehicle inspections. There, as in Vegas, the taxi industry supported the regulations on two grounds: the inevitable appeal to consumer safety—a certain fixture of any regulatory conversation regardless of whether consumers are, in fact, unsafe—and the necessity of fairness.

The difference between Michigan and Nevada, however, is what taxi companies believed to be unfair. In Michigan, the complaint was that taxis were subject to heavier regulations. I’ll come back to the merit of the chosen solution—regulating everyone more—in a moment, but for now suffice it to say the taxi industry’s objection wasn’t unreasonable.

In Las Vegas, by contrast, the taxi union is complaining because services like Uber and Lyft are better at their job. The issue isn’t uneven regulatory burdens but uneven quality of service to customers. That’s what the pricing regulations and that 10-minute pick-up time minimum are all about.

Reading the demands of the Vegas taxi industry brought to mind “The Candlemakers’ Petition,” a brief piece of satire written by Frédéric Bastiat, a French economist who confronted the exact same sort of nonsense back in the 1800s.

“We candlemakers are suffering from the unfair competition of a foreign rival,” Bastiat began. In fact, he continued, this rival is flooding domestic markets with a product offered at “a fantastically low price,” stealing away all the customers and hurting the local economy. Working in the French candle industry was traditionally a solid job where a candlemaker could support his family, but those days are gone unless candlemakers can secure the government’s help.

“This foreign manufacturer who competes against us without mercy,” Bastiat reveals, “is none other than the sun itself!”

Much like the Vegas taxi union, Bastiat strings out a long list of reasons why France should foster its economy by passing “a law ordering the closing of all windows, skylights, shutters, curtains, and blinds — that is, all openings, holes, and cracks through which the light of the sun is able to enter houses.” The benefits to the candlemaking industry, as well as agriculture, shipping, mining, manufacturing, and more will be enormous, he says.

Of course, the entire proposal is ridiculous. It is unfair and absurd to ban the use of sunlight (or, as Bastiat proposes in another mock petition, use of everyone’s right hand). The absurdity is less obvious with most real-life regulations, but this 10-minute rule in Vegas comes pretty close to Bastiat’s satire.

The better solution is two-fold. First, the Vegas taxi industry could innovate and adapt to current market conditions in ways that would make it freshly competitive and profitable. If taxis can’t compete with Uber on speed and price, maybe offer more luxurious experiences or some other benefit that levels (or totally transforms) the playing field without silly and onerous state rules.

And second, in Vegas, Michigan, and elsewhere, taxi-ridesharing problems should be addressed wherever possible with fewer regulations rather than more. In Michigan, instead of making Uber drivers pay an annual fee to the state, why not eliminate comparable fees for taxis? Make things easier for everyone instead of making life more difficult all around.

As Bastiat concluded in a more serious work, “Away with the whims of governmental administrators, their socialized projects, their centralization, their tariffs, their government schools, their state religions, their free credit, their bank monopolies, their regulations, their restrictions, their equalization by taxation, and their pious moralizations!” Instead, he said, let’s try liberty.