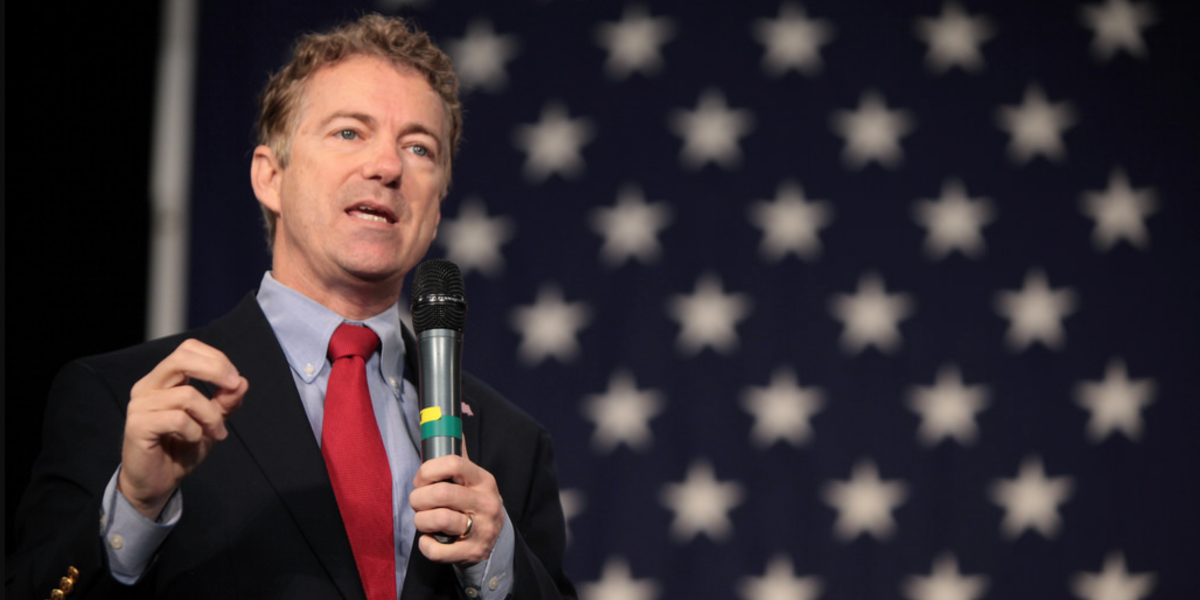 When discussing what led to the fall of the Roman Empire, much of it relates to today’s politics.

That’s a point Rand Paul attempted to impart to his Washington colleagues recently according to an op-ed Thursday in the Washington Examiner:

I ran into a couple of GOP senators the other day. They were talking about the fall of the Roman Empire (who knew senators might actually discuss history?). One senator made the point that Rome’s fall corresponded with a loss of values, which of course has some merit. But that’s missing the bigger picture. I responded that perhaps their decline had something to do with being overextended militarily, knowing that they would likely reject this point since it might imply that the United States, also, might be faced with the same future.

Paul says that our massive debt could be a significant factor in any Rome-style decline of the United States in the future. He notes that both Democrats and Republicans can agree on this, yet both sides put on blinders if trying to reform runaway spending runs afoul of their party’s platform.

But Paul hammers home the primary point – that debt is debt is debt. That means both Democrat and Republican spending.

“If the GOP insists on exceeding the budget caps by over $100 billion in new military spending, it is hard to argue that the Republican Party really cares about the debt,” Paul said to his Republican colleagues, who he claims pretended like he had never said a thing.

RARE POV: No, President Trump, a government shut down won’t “be devastating to our military”

Paul said he attempted the same type of reasoning with a Democrat he encountered:

Minutes later, I ran into a Democrat senator in leadership. I continued my previous conversation about debt with him. ‘I hope your caucus will unite in opposing the GOP push to bust the budget caps on military spending.’ He slyly grinned and responded, ‘We’re kind of in the opposite place as you are. We are fine with busting the caps on military spending as long as we get our share of domestic spending.’

And there you have it: the dirty little secret in Washington.

Sometimes I wonder if Paul feels like the last sane person in our nation’s capital. The problem is easily identifiable, yet too many look the opposite direction like a gazelle purposefully ignoring the lion bearing down on it because the grass is too delicious.

Today, the United States is well over $20 trillion in debt, a historic high. Add to that the fact that surpassing $20 trillion also eclipses the U.S. GDP, which economists estimate to be around $19.23 trillion.

America is officially spending more than it’s making. That doesn’t fly in your home, and it shouldn’t fly in Washington.

We are a bus careening toward a cliff, and only Paul and a handful of his colleagues appear to understand that slamming on the brakes is a solid plan. That’s incredibly worrisome.

Not only for us but far more so for future generations. The more debt we accumulate, the more the state has to focus on paying off said debt, and the less our children and grandchildren will be able to live without such a burden. They’ll be stuck working to pay the bill we ran up.

Paul recently pledged that he will be a “no” vote on the resolution to continue funding the government because of the bill’s failure to cut spending.

Senator Rand Paul (R-KY) on why he is a "no" vote on the short-term spending bill @RandPaul pic.twitter.com/BrAemPVVFp

Sen. Paul called the resolution “inexcusable,” and he couldn’t be more correct.

The U.S. government has a variety of ways to punish us if we don’t pay what we owe them, yet when it comes to its own debt — a debt that is, bottom line, our debt — it feels the need to not just keep spending, but increase that spending, depending on the issue.

“Inexcusable” is the perfect word to describe that kind of behavior.