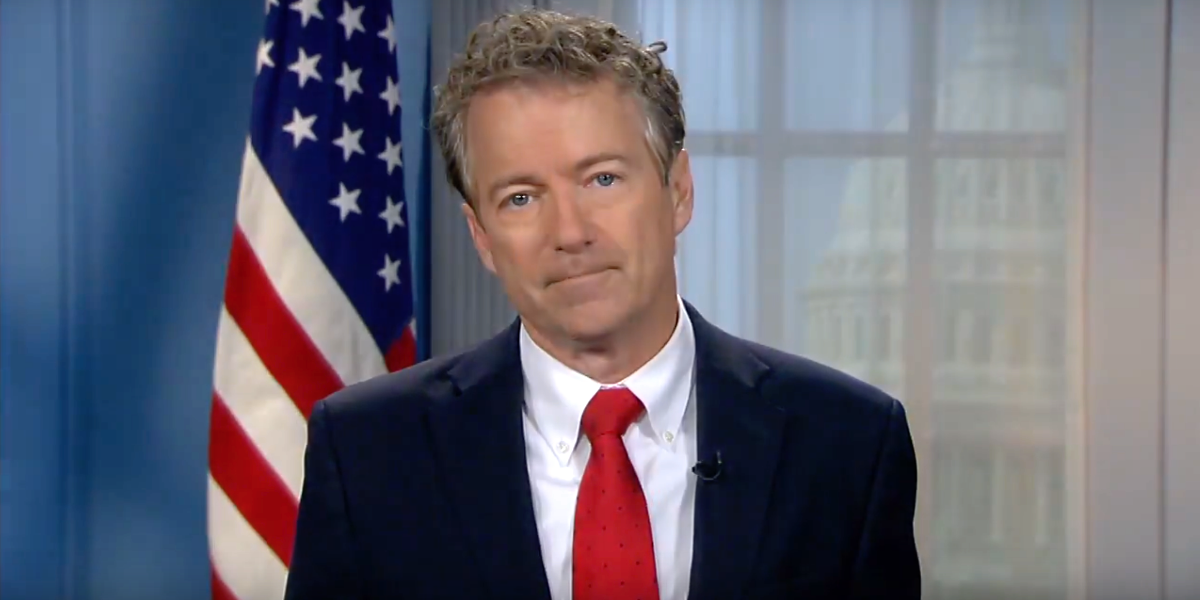 Sen. Rand Paul (R-Ky.) said on Tuesday that he won?t vote to add to the ?massive? national debt.

?I cannot in good conscience vote to add more to the already massive $20 trillion debt. I promised Kentucky to vote against reckless, deficit spending and I will do just that,? Paul tweeted.

I cannot in good conscience vote to add more to the already massive $20 trillion debt. I promised Kentucky to vote against reckless, deficit spending and I will do just that. pic.twitter.com/BUYqm91mli

While Paul did not make it clear whether he would oppose the current GOP tax bill in light of these concerns, he did reference his campaign promise to Kentuckians to vote against ?reckless? deficit spending. Paul supports even bigger tax cuts than what the GOP is proposing, arguing that the government should overwhelmingly cut taxes and spending at the same time.

?Tax cuts ? people keeping more of their money ? are never the problem. The problem is spending. We should obey our rules, stop the deficit spending, and shrink government,? he said.

The Joint Committee on Taxation believes the GOP tax plan will add more than $1 trillion to the deficit over the next 10 years.

While Senators voted Tuesday to avoid a government shutdown, it is unclear how Paul’s position will affect proposals to keep the government running past Dec. 22nd.

Paul is not the only Republican with concerns about deficit spending. Sen. Bob Corker (R-Tenn.) opposed the GOP tax bill while expressing concern about how tax cuts will be paid for.

The White House claims the tax cuts will be paid for with increased economic growth, a view shared by the Treasury Department.