Sen. Rand Paul sent a reminder to his colleagues on Thursday that preserving the current budget caps is important if Republicans have any intention of enforcing fiscal restraint.

“If the House passes a CR with a waiver of paygo budget caps, I will force a Senate vote to keep caps in place,” Paul tweeted.

If the House passes a CR with a waiver of paygo budget caps, I will force a Senate vote to keep caps in place.

PAYGO, or “pay as you go” was a 2010 budget law that requires spending cuts to Medicare and other programs if legislation is approved that adds to the deficit. Paul will introduce a point of order to oppose waiving these budget caps, which would require the vote of 60 senators. The Republicans currently hold 51 senate seats.

In a video posted to his Twitter account Thursday, Paul says not enough Republicans believe in “spending restraint,” noting that the budgets caps have been exceeded 29 times and have added over $6 trillion to the national debt.

Calling all conservatives, libertarians, and anyone who believes in limited government: call your legislatures and say don’t exceed the budget caps and vote for Rand Paul’s point of order, which will prevent us from exceeding the budget caps. pic.twitter.com/5eOKpYDfY7

This is not a new position for the senator. Back in October, Paul said he wanted to eliminate the $43 billion in funding foreign wars that exceeds the federal budget caps Congress previously agreed to in 2011.

The senator said he was prepared to vote “no” on the GOP budget if congressional leaders refused to cut spending.

“I’ve told them I’m a ‘yes’ if they’ll not exceed the budget caps,” Paul said. “If leadership is unwilling to compromise with somebody who is concerned about the debt, then they deserve to lose.”

In Thursday’s video, the senator implored conservatives and libertarians to contact their legislators to encourage them to vote for his point of order.

Jonathan Bydlak, president and founder of the non-partisan Coalition to Reduce Spending (and Rare contributor) told Rare, “When it comes to spending, members of Congress almost never limit themselves, and when they do, they immediately start looking for ways around those rules.”

Bydlak believes the self-imposed limits are crucial to forcing Congress to be fiscally responsible. “Of course limits like PAYGO put lawmakers in a difficult position where they have to find ways to cut spending—that’s the point,” Bydlak said.

Bydlak added, “It’s crucial not to make another mockery of budget rules.” 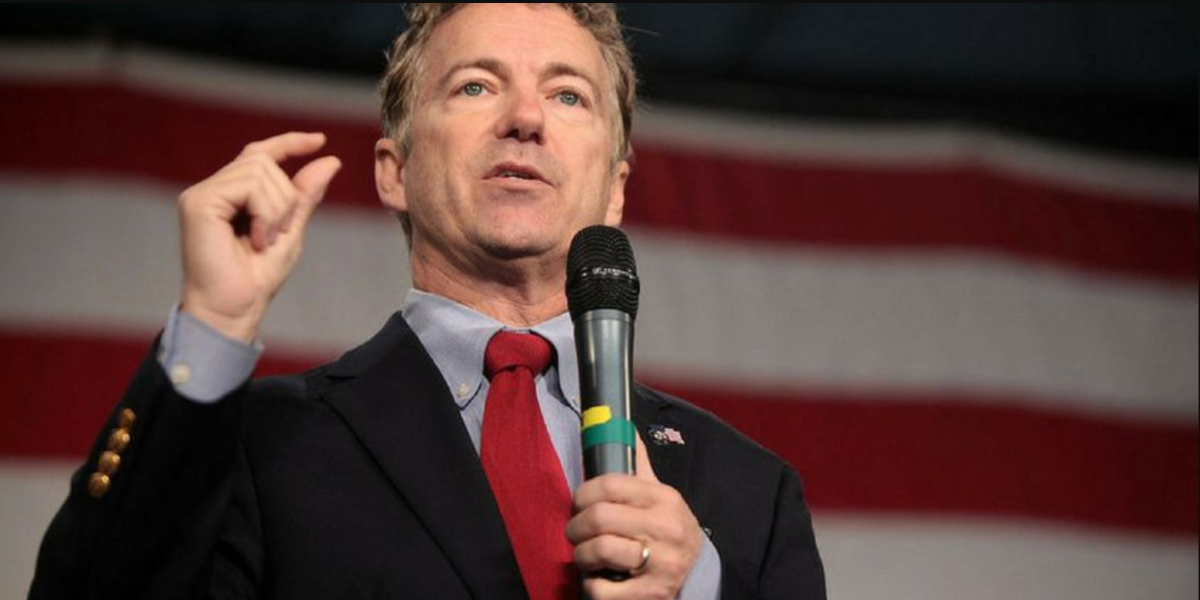