Republicans and Democrats are already swapping positions on fiscal responsibility 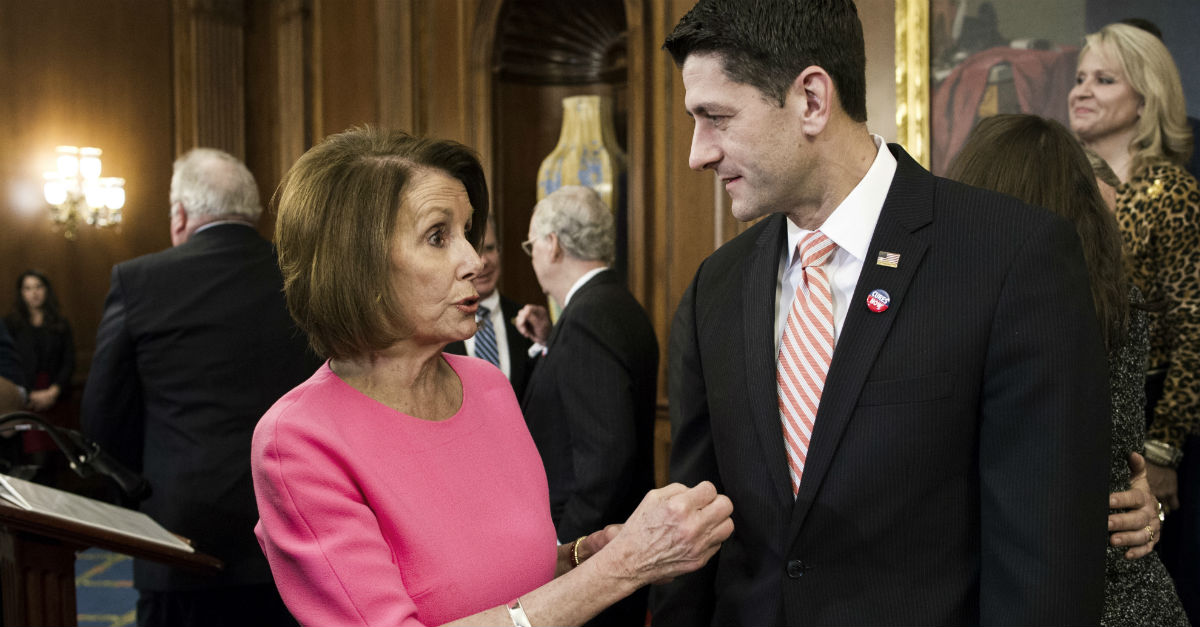 What were the Republican congressional majorities elected to do? After years of tea party activism and popular wrath over engorged government, you would think one of the mandates they now have is to slash federal spending.

So why did congressional GOP leadership propose a budget that would add $9.7 trillion to the debt? Why are they so obsessed with hopscotching through the minefield of Obamacare repeal that they’re willing to put off (yet again) a fiscal trim, an inversion of how they should be approaching these two priorities? Why, when Senator Rand Paul proposed an alternative budget that would have balanced within five years, did only 14 out of 54 Republican senators vote for it?

Some of this is due to the GOP’s legitimate divide over government spending?there are plenty of Republican senators whose military hawkishness outweighs their deficit hawkishness, and others who don’t give much of a damn about fiscal conservatism at all. But still, the betrayal is stunning. Under the stewardship of supposed granny defenestration hobbyist Paul Ryan, the first fiscal act by federal Republicans will be to balloon the debt.

In 1990, Fred Barnes wrote an essay for the American Spectator gushing over the ascent of what he called “the big-government conservatives.” This, he insisted, was not an oxymoron, but an acknowledgment of reality. After watching Reagan grapple unsuccessfully with the bureaucracy for eight years, the big-government conservatives had accepted Washington as a fact of life and focused instead on harnessing it for their own ends. As Barnes put it, “since we’re going to have big government anyway, it makes sense to have conservative big government.”

RELATED: Trump?s choice for budget director is a fiscal hawk with the guts to take on Pentagon waste

This was the spirit with which Dick Cheney declared: “Reagan proved that deficits don’t matter.” It’s the same mentality that’s today shared by those who believe that disrupting government’s long-held habit of overspending would be an un-conservative thing to do, as though there’s something wonderfully Burkean about plundering my generation to fund Boomer retirement plans. Far easier to pass another round of tax cuts and dump more money into the crapulous Pentagon than go about the difficult task of cutting back. Big-government conservatism, though many chafed at it during the first Bush administration, has become standard operating procedure since the second Bush administration. The old chestnut about parties caring about deficits only when they’re out of power really does hold.

Speaking of which, Paul Krugman, an amanuensis for the Democratic National Committee who is also employed by the New York Times, has seen fit to torment us with another discharge of the dumb. Krugman, who has spent the past eight years squealing about how the debt is a fake issue, has suddenly discovered that deficits matter again. Seriously, the title of his latest column is “Deficits Matter Again.”

Krugman’s argument is essentially that because the economy is growing now, deficit spending is no longer needed and can in fact be deleterious. This is actually standard Keynesian dogma, which urges stimulus only in times of recession. But less than three months ago, as Kevin Williamson points out, Krugman was pompously banging on about how “the debt scolds should be ignored.” Exactly nothing has changed since October except that Donald Trump is now the president-elect.

Meaning this is political hackery, not economics, to be expected from Krugman, a Tomi Lahren-style sophist whose once-impressive academic work was long ago overshadowed by his infantile partisanship, and who’s still recovering from being proven hilariously wrong over his endless warnings about the British austerity apocalypse. He’s normally not worth taking seriously, but his column here is no doubt a canary in the coal mine. Grousing about deficits is about to become trendy again on the Democratic left, just as it was during the Bush administration when Nancy Pelosi called deficit spending “reckless.”

The problem with fiscal conservatism is that it’s far more natural as an opposition grievance than a governing strategy. Actually cutting the budget requires sacrifice, grabbing third rails, warding off Washington’s myriad interest groups who between them have placed every solitary federal dollar under their protection. So once again the parties are swapping scripts. Their hypocrisy should not go unchallenged.