Some states are planning a DACA lawsuit, and it could be a blow to the imperial presidency 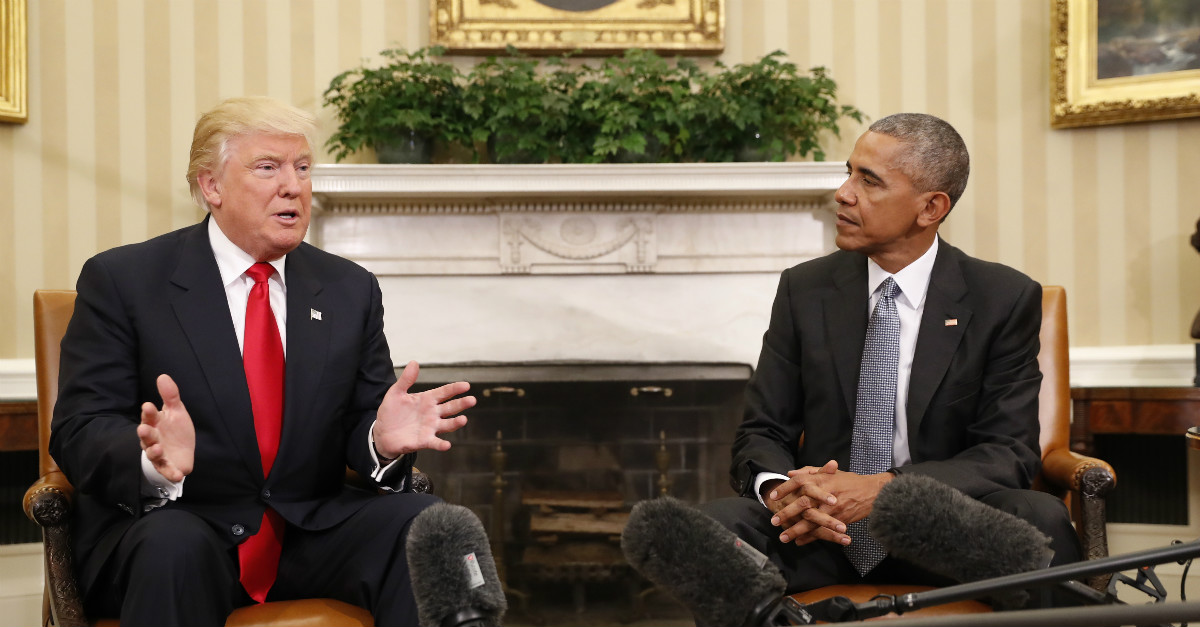 Like many Americans flung far across the political spectrum, I was dismayed (if not especially surprised) to see President Trump on Tuesday go through with his threat to end Deferred Action for Childhood Arrivals (DACA), the Obama-era program that allows immigrants brought to the United States illegally as children to work and go to college without fear of deportation.

I make no claim of expertise in the labyrinthine complexities of modern American immigration policy, and so I typically leave commentary on the topic to others — except where truly egregious offenses against common sense or individual liberty are involved. DACA is falls into that category. Dumping young people who have committed no crime into countries they do not know with languages they do not speak is cruel and utterly unnecessary to the security of the United States. In at least one known case, it proved lethal.

Unfortunately, as others including Sen. Rand Paul (R-Ky.) have already noted, the way the Obama Administration implemented DACA — using an executive order requiring federal immigration agents to focus on deporting people other than the DACA kids — was at the very least open to serious constitutional challenge, because the Constitution gives Congress alone the power to ?establish an uniform Rule of Naturalization.?

That some DACA opponents have used the constitutional argument as cover for gross hypocrisy and racism does not change the fact that this was a bad way to implement a good idea, because it exposed the program to exactly this sort of undoing. And in that sense, if Congress manages to rise to the challenge of passing a real DACA law during the six-month window Trump allowed before the program is shuttered, the final result will be a far more secure situation for DACA participants, making them invulnerable to the whims of whoever ends up president next.

Such a constitutional challenge was already brewing before Trump?s decision, as about a dozen states, most notably Texas, had announced a plan to sue the federal government if DACA remained in its original, executive-order incarnation (Of course, the real objection was not fidelity to the Constitution but a desire to see DACA shut down and the constitutional argument happened to be legally handy.).

But the really interesting thing is that now, after Trump?s decision, a different group of states plan to sue, led this time by New York and California. I?m not sure it will go anywhere and I?d rather see an unassailable DACA made in Congress instead of a revived executive order, but I deeply hope this suit happens, because it stands a chance to challenge the whole executive order system from the ground up.

You see, executive orders aren?t in the Constitution. At all. They?ve been happening for a long time — George Washington himself used a grand total of eight— but longevity is not legitimacy. The executive order system is particularly worth reexamining given the dangerous overgrowth of modern presidential power.

The trouble with executive orders is how widely they can vary in scope. Some could very reasonably be argued to be a normal, constitutional function of the president?s administrative powers, instructing federal agencies on how to execute and prioritize the laws Congress passes. (That?s an important presidential discretion, especially when it comes to not enforcing laws the president believes are unconstitutional, as opposed to ones he simply dislikes.) There?s a case to be made that?s what DACA does.

Other times, executive orders are used to usurp the policy-making role the Constitution assigns to Congress, not the President, undermining the basic balance of power on which our system of government is predicated. There?s also a case to be made that this is what DACA does.

When the New York-California coalition sues, it will need legal standing to make it into court. As Jazz Shaw asks at HotAir, what will that standing be? ?Sue the President for what?? Shaw questions. ?For signing an executive order which essentially just rolls back another executive order signed by the last president??

This is where it gets interesting: We could see state governments challenging the legitimacy of (as the states would argue) a policy-making executive order. ?At this point I?d actually love to see [them] try it,? Shaw writes. ?The challenges to the result (whichever way it goes) would be a fascinating study in constitutional law.?

It would indeed be a much-overdue interrogation of the function of our imperial presidency, and the matter at hand, DACA, would ensure rapt national attention. So regardless of what Congress does about DACA, I say let?s have this lawsuit, and let?s use it to cut the presidency down to size.