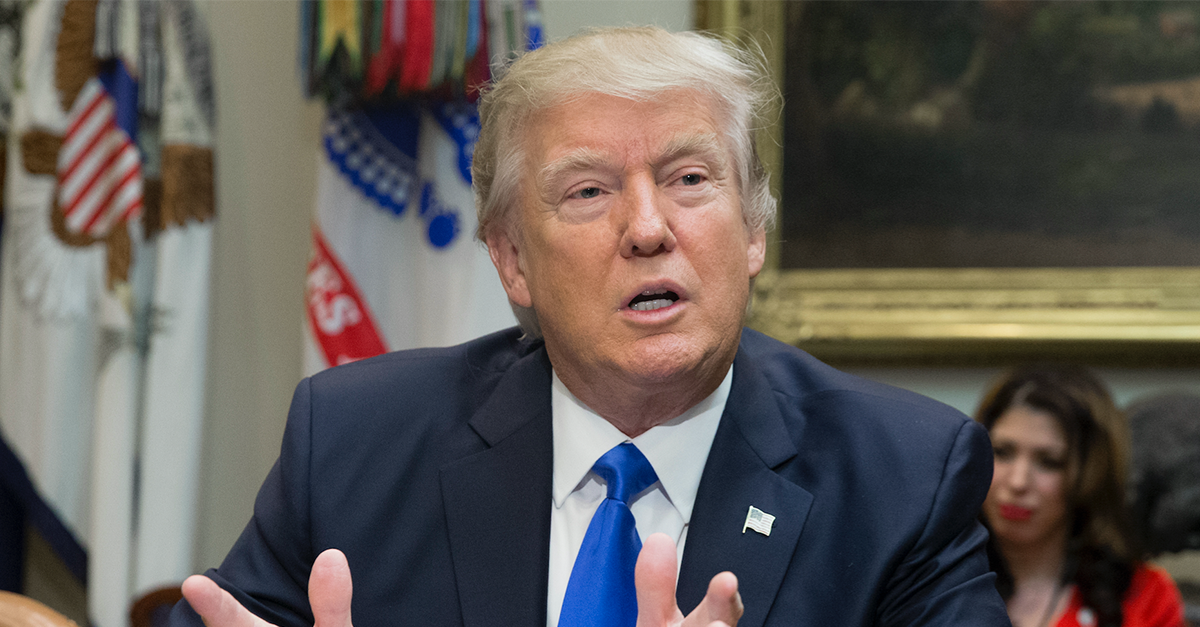 President Donald Trump revealed his first budget as president on Thursday. It contains some of the deepest cuts to domestic spending since the end of World War II, along with a hefty increase in defense spending.

Here are five thoughts on that.

1) The budget should be retooled because of what it doesn?t address.

The Trump plan does not reform entitlements like Medicare and Social Security. In fact, it only touches 25 percent of all federal spending. If those entitlements are not dealt with, there will be cuts in benefits, massive cuts to other parts of the government, and/or higher taxes. The sooner entitlement reform is enacted, the better.

2) There are some good cuts in this budget.

The Trump administration is axing quite a few programs that should have been ended a long-time ago. The National Endowment for the Arts is slated for closure. The Corporation for Public Broadcasting is also scheduled to be completely defunded. Those two entities in particular can be replaced by the private sector. And there are numerous other redundant and/or obsolete government agencies that are on Trump’s chopping block. Going through the budget and right-sizing it for the times is always a good thing.

RELATED: Paul Ryan?s Obamacare replacement is a cosmetic rush job, and there?s a reason for that

3) On the other hand, some of these cuts are misguided.

One area of the budget that’s getting whacked is climate change research. This appears to be a politically motivated decision to reward energy interests that supported the Trump campaign. Climate change is one of those subjects that needs to be studied more in order to determine the extent humans are behind it and figure out any resultant actions that should therefore be taken. Slashing the budget in this field seems more punitive than anything else. In addition, the cuts to the State Department seem short-sighted. ?Soft power? is a vital part of American foreign policy and it should not be neglected and underfunded.

4) The defense spending is massive and unnecessary.

The Trump administration is preparing to increase defense spending by $54 billion. The extra money will be used to maintain Air Force aircraft, buy new ships for the Navy, increase the size of the Army and Marine Corps, and buy more F-35 fighters. This despite the fact that the Pentagon was busted in December of last year for concealing $125 billion in waste. Before any defense spending increase is signed off on, there needs to be a comprehensive audit of the Pentagon and a serious discussion of what America?s national interests really are.

RELATED: Donald Trump might abandon Ryancare?and ?The Art of the Deal? explains why

5) This budget will be much different once Congress gets done with it.

Red-state lawmakers are likely to balk at the cuts to rural airports and Amtrak long-distance train routes. The Senate is recoiling at the State Department cuts. The cuts to Meals on Wheels are likely to generate bipartisan opposition. And, naturally, some Republicans say the $54 billion increase in defense spending is not enough. Ultimately, the budget that does pass will likely look very different from this plan.