The federal government doesn’t need to be relocated, it needs to be cut 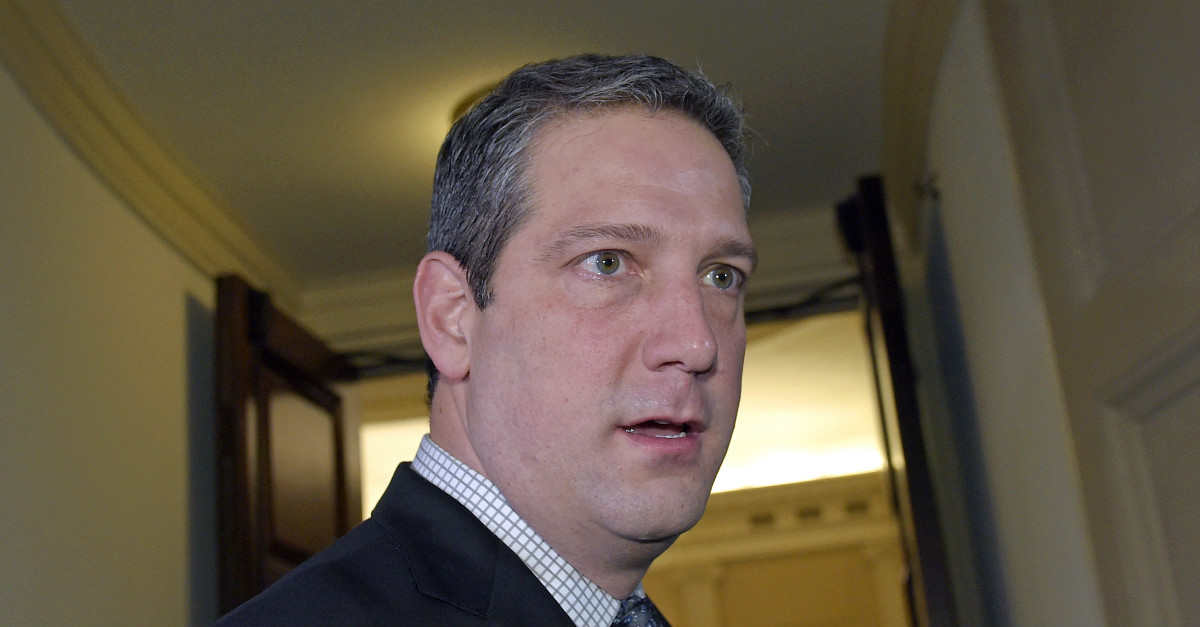 AP Photo/Susan Walsh
In this Nov. 30, 2016, file photo, Rep. Tim Ryan, D-Ohio, arrives for a House Democratic Caucus meeting to elect House Democratic leadership on Capitol Hill in Washington. In a Tuesday, Feb. 28, 2017, statement, Ryan said he won't run for Ohio governor in 2018, and the decision by the eight-term Congressman from the Mahoning Valley region around Youngstown, Ohio, leaves Ohio Democrats on a quest for a candidate to lead the party's 2018 ticket. (AP Photo/Susan Walsh, File)

“Getting rich has become the great bipartisan idea.” So writes Mark Leibovich in “This Town,” his scabrous field guide to Washington’s upper-crust menagerie of media personalities, revolving-door lobbyists, and frivolous socialites with murky job descriptions, all of whom have raked in great wealth courtesy of the taxpayer-buttered city around them. D.C. is an industry unto itself. As I wrote last week, my libertarian sympathies have been largely informed by living near our capital city and watching its beneficiaries prance about while the Middle Americans they ostensibly serve continue to suffer.

That’s why I’m tempted to endorse legislation recently introduced by Congressman Tim Ryan that would relocate federal employees to places outside of Washington. Really, I am. Ryan insists he wants most Cabinet functions to remain in D.C., but says that plenty of the lower bureaucratic functions should be shipped to struggling counties where unemployment is rampant. Close to 300,000 federal workers currently live in the Washington area. Even if you could move away just 30,000 of those jobs, Ryan effuses, “I can’t tell you what that would do for the city of Youngstown or Gary, Indiana, or Milwaukee. And you put it downtown, and you stimulate other investment that could happen in those areas, and it could be a huge boon for these communities.”

Ryan for a while looked like he might become House minority leader following Donald Trump’s election; blame Nancy Pelosi’s obtuse power-grabbing for denying America the Ryan versus Ryan congressional matchup that it deserves. In a Democratic party that’s become pathetically stultified, he’s to be credited with presenting a seductive idea. Yet it’s still unwise. Why? Two reasons.

First, 79 percent of all federal employees already work outside of D.C.?concentrated especially in California, which houses almost half as many government workers as does our capital city?yet our politics still remains trapped in a bubble. The fault for this lies with the elites, the top-of-the-ladder government players and those who cover and counsel them, not the functionaries at the Department of Agriculture. Rather than opposing federal intervention, corporations have learned to bend it to their own advantage, plying legislators with lobbyists and interest groups, ballooning the budget while spoiling federal policy, creating a new class of political gentry. Our politics is ill at its top and it’s not going to be made better by dispersing its bottom.

The second reason, and the more important of the two, is that under Ryan’s bill every relocated federal job would become an emotionally charged stimulus measure. Ryan, to his credit, doesn’t hide this: he’s less interested in jamming the spokes of government than in using it to rebuild blighted communities. But think about what that means: in the year of our Lord 9,000, when Republicans finally get around to trimming federal spending, the elimination of extraneous positions at the Transportation Department or the Pentagon will end up damaging the communities that can least afford it. “We finally found a replacement for those manufacturing jobs,” Michiganders will say, “and now you’re taking them away.” They’ll have a point. Radically decentralize the bureaucracy?I’m thinking, say, 50 percent?and you’ll never cut government: every budget session will become a BRAC hearing, with congressmen intervening on behalf of their constituents.

RELATED: The U.S. corporate tax rate needs to be lowered

The reality is that the federal bureaucracy is not just another neighbor up the street. It’s something cold and alien, creating no wealth on its own, funded by forcibly extracted money, bullying those who get in its way, in need of constraints. Isolating much of it in a remote federal enclave illustrates that reality. The contempt with which voters spit the word “Washington” might be a disservice to our first president, but in a constitutional republic it provides a needed check on federal power.

Government doesn’t need to be decentralized; it needs to be cut before the youngest among us are buried even deeper in debt. Rusting hulks like Youngstown don’t need federal sprawl; they need innovation, businesses that are motivated to stay and create jobs, local governments that are empowered to create attractive downtowns and fix their infrastructure. I appreciate what Ryan’s trying to do here, but the good people of deindustrialized Ohio deserve better than to be turned into This Town’s administrators.