Menu
Follow us
Search
Menu
Search
Workers continue work raising a taller fence in the Mexico-US border area separating the towns of Anapra, Mexico and Sunland Park, New Mexico, Thursday, Nov. 10, 2016. Last September, the U.S. Border Patrol began erecting an 18-foot-tall steel fence in this area considered very symbolic to immigration activists and also the site where, for the past 17 years, a binational Mass celebrating Mexico's Day of the Dead is held to honor the migrants who have died trying to get to the United States. (AP Photo/Christian Torres)

There is a lot for advocates of small government, fiscal responsibility, and individual liberty to dislike in President Trump’s trademark campaign promise, the border wall.

It is an expensive boondoggle of a project that cannot effectively serve its intended purpose of stopping the migration of drugs and people across our southern border. Also, in places where the terrain easily permits construction (and migration), it mostly already exists. Seriously, you can see photos of it here.

Beyond all this, there’s another big problem with the wall plan for anyone who supports private property rights. You see, especially in Texas, a lot of border land is owned by individual Americans — Americans who don’t want the government to confiscate their property to put up a wall.

That means their land will be forcibly taken by eminent domain, and, in fact, a new report from the Texas Observer indicates it’s already happening:

The week before Donald Trump’s inauguration, Yvette Salinas received a letter she had been dreading for years: legal notice that the U.S. Department of Homeland Security (DHS) wants to build a border wall on her family’s land in Los Ebanos. The 21-page document, entitled a “Declaration of Taking,” is addressed to her ailing mother, Maria Flores, who owns the property with her siblings. The letter offers Flores $2,900 for 1.2 acres near the Rio Grande. If she chooses not to accept the offer, the land could be seized through eminent domain. “It’s scary when you read it,” Salinas says. “You feel like you have to sign.” […]

Salinas says her family doesn’t want to give up their land, and they are consulting with lawyers to decide what to do next. But fighting the federal government could mean spending years in court. If they lose, DHS could take their land. Salinas, who is 29, says it makes her sad that the family’s legacy could be divided by an ugly wall that will cause problems for Los Ebanos. “We don’t want this wall — the town is pretty much united on that,” says Salinas. “But we don’t want to get sued by the U.S. government either.”

(If you click through to the Observer article, you can view the letter Salinas’ family received from the Department of Justice.)

Now, the issue here is not whether $2,900 is a fair price for this acreage. It seems low to me, but I know nothing about south Texas real estate.

No, the issue is that if Salinas’ family does not want to part with their property, they should not be forced to do so.

Of course, it is not surprising that a key piece of the president’s agenda would rest on federal property confiscation, as Trump has long been open about his love of eminent domain. By Trump’s logic, if the government wants some land to do something — anything — it should get that land.

When asked his view of Kelo v. New London, the 2005 Supreme Court case that legalized eminent domain in service of private commercial development, he had this to say:

If you have a person living in an area that’s not even necessarily a good area, and government, whether it’s local or whatever, government wants to build a tremendous economic development, where a lot of people are going to be put to work and make [an] area that’s not good into a good area, and move the person that’s living there into a better place — now, I know it might not be their choice — but move the person to a better place and yet create thousands upon thousands of jobs and beautification and lots of other things, I think it happens to be good.

As plans for the border wall proceed, I’m guessing we’ll hear a lot more stories of angry Texans and residents of other border states whose land is stolen by the feds. And I’m also guessing they won’t think it’s “tremendous” at all. 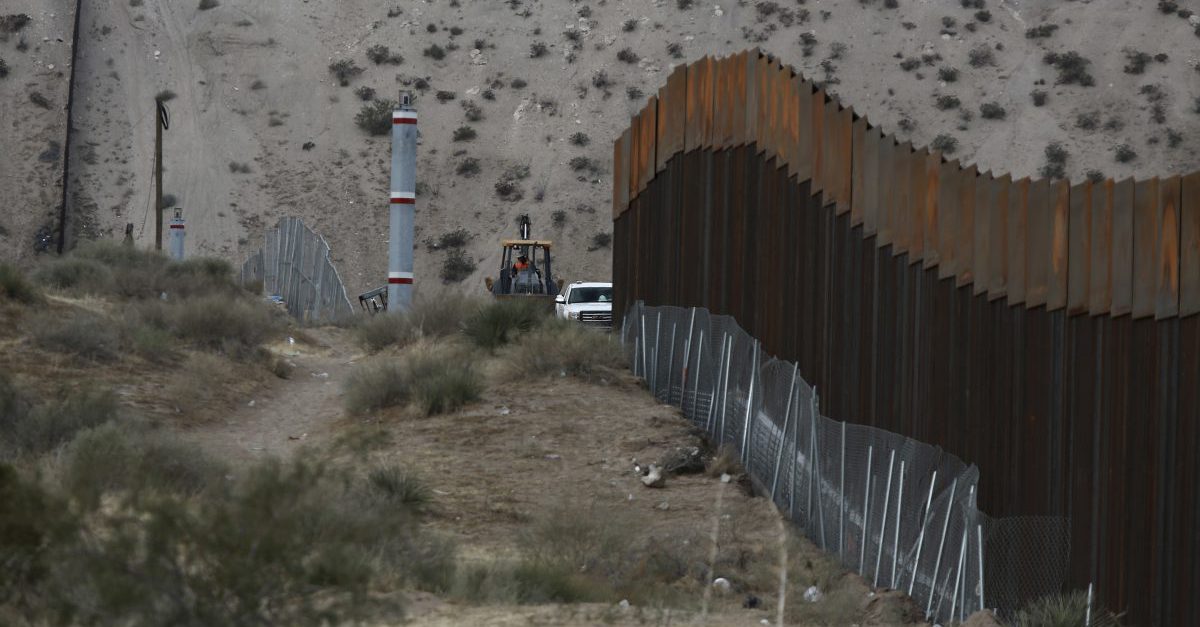