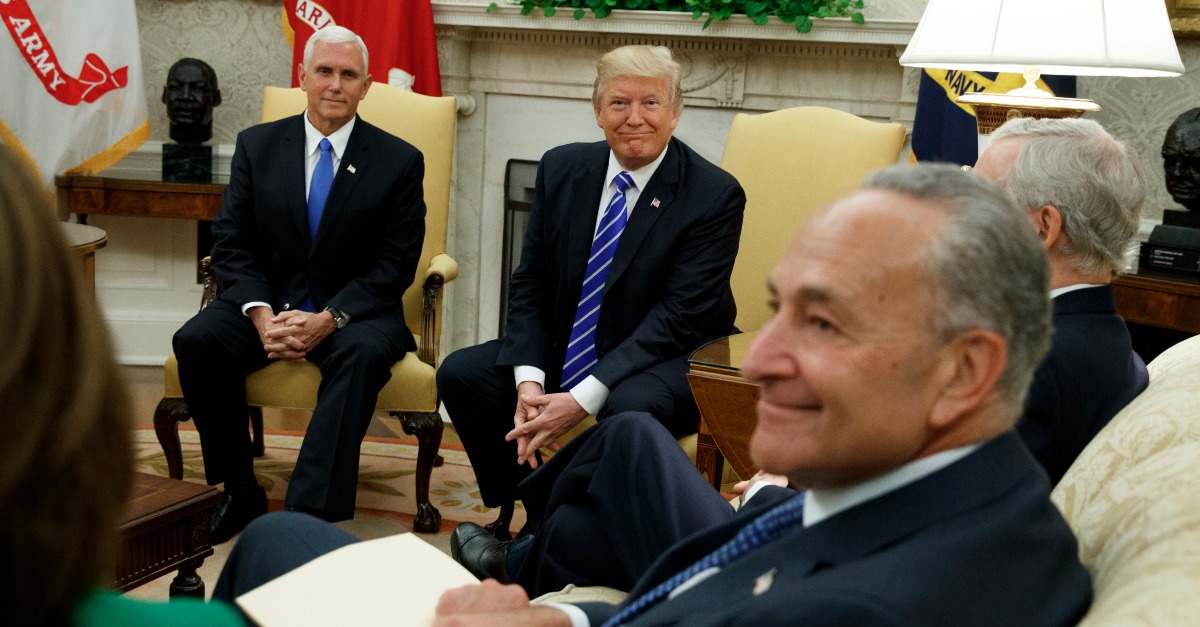 The brave few in Congress who care about the country’s debt are about to watch hurricane season blow fiscal solvency out the window. It’s convenient timing for Congress — storms batter the coast at precisely the time they’re set to vote on whether to spend the country into oblivion. They get to look like heroes offering hurricane relief — and provide their states with pork for all sorts of unrelated projects, all without offsetting budget cuts elsewhere.

The House on Wednesday passed a clean funding bill, ostensibly for relief from Hurricane Harvey. But as it heads to the Senate, we should remember that what’s past is prologue. The $50.5 billion relief package passed after Hurricane Sandy hit the Northeast in 2012 was loaded with goodies for almost every state, including Guam, the Virgin Islands and American Samoa. As Congressman Bill Flores observed, “Congress went crazy with it.”

So as Hurricane Irma reaches Category 5 status and predictions indicate it will batter Puerto Rico and Florida, Congress isn’t likely to be more fiscally responsible. That’s why Sen. Rand Paul is asking that the $7.8 billion Harvey relief be funded with cuts to foreign aid. It can then be disconnected from the likely contentious fight over the debt ceiling — so long as the money for FEMA is offset with budget cuts.

In order to keep the government open, Congress needs to pass funding bills or a continuing resolution by Oct. 1. Much of this is now moot, though, since in negotiations with Democratic leadership, President Donald Trump reportedly agreed to “raise the debt limit and fund the government for three months, setting up a brutal year-end fiscal cliff.”

The House Freedom Caucus has consistently opposed changes to the debt ceiling, so Trump’s maneuver puts off an immediate such battle in mid-December, when the time crunch will really be on for Republican members to avoid responsibility for a government shutdown Christmas present.

Somehow, before Christmas, Congress now has to figure out how to raise the debt ceiling, negotiate a trillion-dollar spending bill and pull together an immigration deal that pleases everyone. Given this year’s underwhelming legislative achievements, I’m not convinced they’ll achieve even one of those items by the holidays.

The United States has $21 trillion in public debt — $161,000 per taxpayer. Our national debt is projected to reach a staggering $24.9 trillion by 2027, and in fiscal year 2016 alone the federal deficit ballooned to $587 billion. Given that America has to borrow to keep Social Security afloat and our government spends nearly $7 million per minute (or $50,000 every second), it’s no surprise that 94 percent of millennials don’t believe Social Security will be able to provide for them when they retire.

Yet, a debate over spending seems to be the one controversy this president is unwilling to tackle.

With Trump uninterested in the nuts and bolts of policy and Congress uncommitted to sustainable spending and debt reform, December will likely play out as it usually does in Washington: panic over a possible government shutdown followed by a massive, trillion-dollar spending package that has goodies for all the state delegations voting for it, while the Social Security trust fund continues to deplete and the country’s debt massively increases. Merry (early) Christmas!