Menu
Follow us
Search
Menu
Search
Hard times have hit all house buyer entities, including HUD. For sale signs and notices that the house either has or is being winterized are about the only things that set apart this north Jackson, Miss., structure that was foreclosed by the government, from its neighbors, Thursday, March 5, 2009. While it might be too late for these owners, under President Barack Obama's housing rescue plan, debt-strapped homeowners might be able to get their monthly payments lowered in bankruptcy court. (AP Photo/Rogelio V. Solis)

There is an old saying, “He who owns the gold makes the rules.” Nowhere is this more evident than in the relationship between the federal government and state and local authorities. Washington bullies, cajoles and intimidates inferior jurisdictions to go along with its edicts or lose federal funding – or worse.

And just when you think things can’t get any worse, along comes the Affirmatively Further Fair Housing (AFFH) rule.

Related: Let’s look at all the ways Philly’s new soda tax is a really stupid idea

If you haven’t heard of AFFH, don’t feel bad, neither have most other folks. Nevertheless, the AFFH is one of the most radical initiatives yet purposed by the Obama administration and allows Washington to usurp powers traditionally reserved by local governments.

Under AFFH, any community that receives money from the Department of Housing and Urban Development (HUD) must analyze its housing occupancy by race, socio-economic class and other criteria. Any “imbalances” must be addressed by a plan that must meet HUD approval. Communities that fail to satisfy HUD preferences may lose funding and could face lawsuits, with racial disparity statistics as evidence.

While AFFH might seem innocuous on the surface—after all, what is wrong with ensuring equitable and affordable housing—it is social engineering at its worst and a massive federal overreach.

The Obama administration claims that AFFH is an outgrowth of the Fair Housing Act, part of the Civil Rights Act of 1968. The Fair Housing Act outlawed discriminatory housing practices, a reaction to the terrible injustices historically endured by minorities in the U.S.

But AFFH makes the quantum leap from prohibiting discriminatory practices to mandating that local governments take an active role in social planning. As the Affirmatively Furthering Fair Housing; Final Rule states in the Federal Registry:

In examining the legislative history of the Fair Housing Act and related statutes, courts have found that the purpose of the affirmatively furthering fair housing mandate is to ensure that recipients of Federal housing and urban development funds and other Federal funds do more than simply not discriminate: Recipients also must take actions to address segregation and related barriers for groups with characteristics protected by the Act, as often reflected in racially or ethnically concentrated areas of poverty.

In other words, the federal government is telling everyone where they should be living and is now actively taking steps to promote their bureaucratic vision of a socio-economic utopia. Unfortunately, when utopian fantasies are foisted onto the real world, the result is usually a catastrophe.

On a constitutional level, the AFFH is a disaster. Social engineering is not an enumerated power of Congress and, hence, has no constitutional basis.

AFFH is another example of the federal government using its purse strings to force localities to genuflect before its supreme power. For instance, AFFH would require that local governments nullify their own zoning regulations to build high-density, low-income housing.

As with all federally funded agencies, HUD ultimately receives it funds from the American taxpayer. Programs like AFFH require that local communities comply with federal mandates to get back money that is theirs in the first place!

Worst of all, the unintended consequence of AFFH is that it may further exacerbate racial tensions instead of ameliorating them. Decent Americans all want to see Dr. Martin Luther King’s dream of an integrated America come to fruition. Truthfully, there is a lot of work to be done, but it is not work that the federal government can or should do. It is the market’s job.

As the great Milton Friedman said:

Related: How the federal government turned flood insurance into a disaster

Just like school busing caused resentment and hard feelings on both sides, building low-income housing in the suburbs is only going make the socioeconomic divide broaden. Instead, all levels of government should be working to minimize regulation and barriers to entry so that every single American, especially the poor, has expanded economic opportunity and the ability to achieve the American Dream in his or her own way.

AFFH is bad policy that undermines the balance of power between federal, state and local governments, as well as having a potentially negative impact on society at large. It is just another example of why the power of the federal government desperately needs to be reigned in. 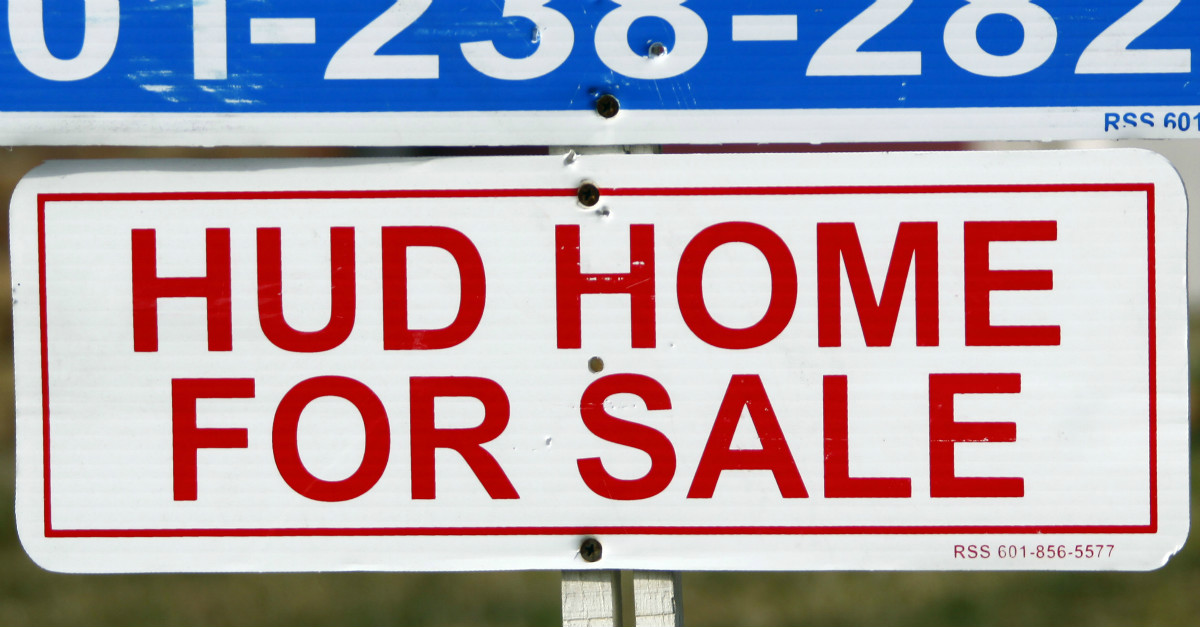