This man wanted to give the homeless shelter in his home, but city government won’t let him 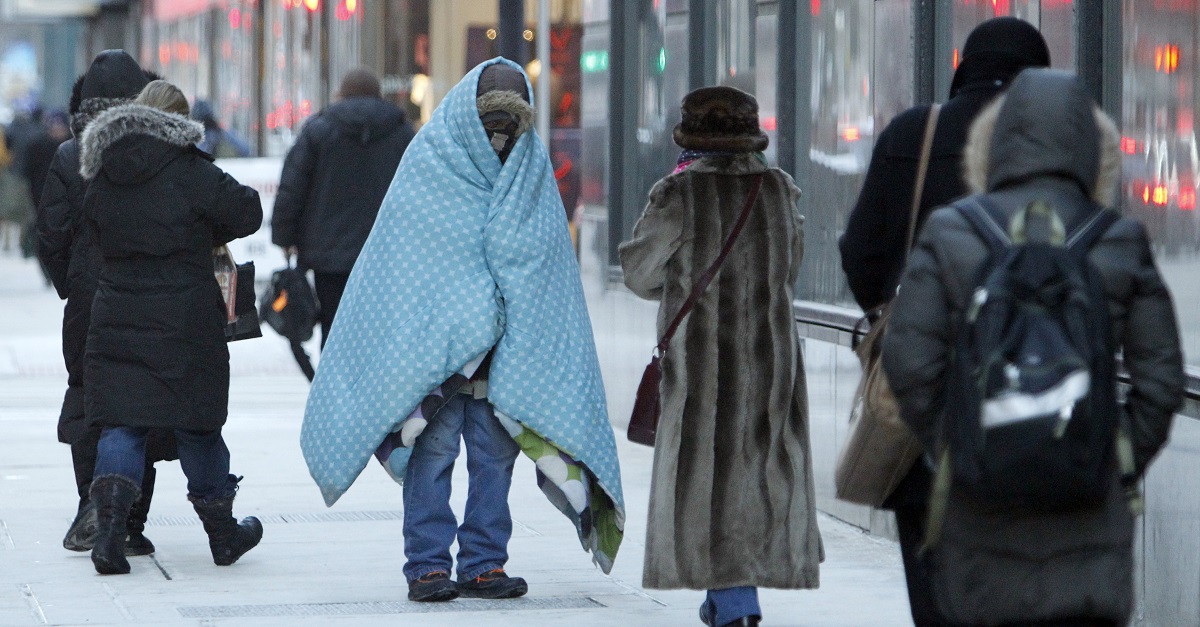 AP Photo/Kiichiro Sato
A homeless man who did not give his name bundles up in blankets Tuesday morning, Jan. 28, 2014, in downtown Chicago. The National Weather Service is reporting the air temperature dropped to 11 degrees below zero at O'Hare International Airport and Midway International Airports on Tuesday morning. Cold temperatures have forced the cancellation of about 625 flights at Chicago's major airports. (AP Photo/Kiichiro Sato)

It is COLD out here in the Midwest, and it has been for weeks. My church’s announcements time and our neighborhood’s Facebook groups have been peppered with information on how to get help fast to anyone we see stuck outside without a place to sleep.

In Illinois, a generous man named Greg Schiller decided to go one step further. Motivated by his faith and committed to following Jesus’ command to serve the “least of these,” he invites homeless people to take shelter in the basement of his Chicago suburb home—or rather, he did until local government forced him to stop.

Elgin, Illinois, city officials claimed Schiller was in violation of local zoning, property maintenance, and public safety laws. His property wasn’t up to code to shelter the homeless, they said. If he wanted to give people in need a place to sleep, he’d also have to give them more lighting, ventilation, and fire exits.

I’m going to take a wild guess here and say the people Schiller invited in for the night didn’t share those concerns.

Perhaps the most bizarre part of this Kafkaesque debacle is the fact that Schiller would not be in any trouble if the people were not homeless. He was hosting fewer than 15 people, serving hot drinks and showing G-rated movies, and it’s hard to imagine city officials going after him if they were, say, his extended family members staying over for Christmas, or if they were friends visiting from out of town.

Sleepovers are not illegal, even if you have them in your poorly lit basement. Why does it become the city’s business if you have a sleepover with people who have nowhere else to sleep?

“These people are my friends,” Schiller said. “This is basically the city telling me who I can have over, who my friends can be and where we can congregate in my home.”

Once Schiller’s story made the news, the public got angry, and the public interest law firm the Institute for Justice took notice, Elgin officials budged—a little. But, as The New York Times rightly editorialized, it would have been great to see this case go to court:

Mr. Schiller and Elgin officials discussed ways in which the city might work harder to shelter all the homeless on the coldest nights, perhaps even allowing them to sleep in the lobby of a police station. Satisfied for now, Mr. Schiller said he would drop his plan to sue the municipality. In a way, that’s too bad, because a court case might help clarify how far the sanctity of one’s castle extends.

“I respect the city codes,” he said. “But I do believe a little leeway, a little grace, could have been in order.”