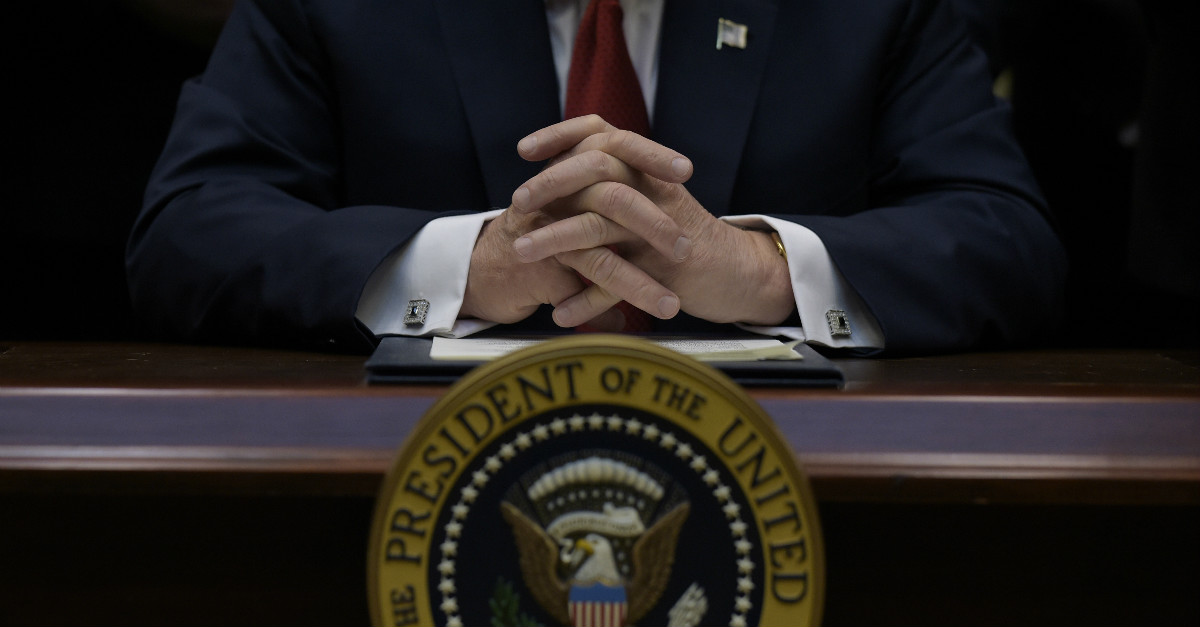 The overgrowth of presidential power is a regular theme of mine, and especially in the age of President Trump, it seems to be perpetually relevant to the news of the day.

See, for example, ongoing controversies over Trump’s conflicts of interest. Debates about his habit of overstating his personal success aside, Trump has an expansive business empire both here in the States and around the world.

He was not shy, pre-presidency, about his eagerness to use government — via crony capitalism and options like eminent domain — to advance his own interests at the expense of his competitors. He also clearly values placing family members in key roles in his companies, a reasonable thing to do when you’re a private citizen, but a red flag for an elected official.

And finally, now that he is in the White House, Trump seems utterly unbound by the concerns over presidential recreational activities he repeatedly raised over former President Obama’s golf habits. His trips to his Mar-a-Lago resort, which happen nearly every weekend, cost taxpayers nearly as much in a month than the Obamas’ vacation habits cost us in a year. Because Trump owns the Mar-a-Lago, his trips there as president create a complicated ethical situation, both in terms of direct payments from government agencies and in terms of how the club’s new status as the “winter White House” has allowed Trump to jack the prices way up.

The only solution to all this, Sheldon Richman correctly argues in a new column for Reason, is cutting the executive branch down to size:

The heart of the potential for conflicts of interests is not the Trumps’ business empire. Rather it’s presidential power to steer benefits to particular interests. So the surest way to eliminate the potential for conflicts is to eliminate the president’s power to steer benefits to anyone. This would include not only favors granted by executive action but also those that a president can push through Congress.

Here we have an analogy with campaign finance. Those who fret over that issue don’t want to understand that no one would make mega-contributions to candidates if officeholders had no favors to sell. Who shops where there’s nothing to buy? By the same token, no one will do favors for a presidential daughter if the president has nothing to bestow in return.

If politicians could not impose trade restrictions (and therefore could not selectively lift them either) or provide foreign aid or grant any of the other favors the government today can grant, we wouldn’t have to worry about conflicts of interest.

RELATED: Donald Trump shouldn’t shut down the government over his border wall

As I’ve said before and will now say again, this is the one huge advantage I perceive in a Trump presidency: It makes people realize, many for the first time, just how dangerous our too-powerful executive really is.

Now, I confess my optimism on that front is eroded by the fact that there have been no substantive structural changes imposed on the presidency in these first 100 days of Trump’s time in office. Yes, some courts have slapped down the immigration executive orders, and yes, there have been several large-scale protests. These, however, are temporary phenomenon that do not effect any permanent, long-term change.

That’s why arguments like Richman’s are so important to make whenever and wherever possible.

Read the rest of his article here.