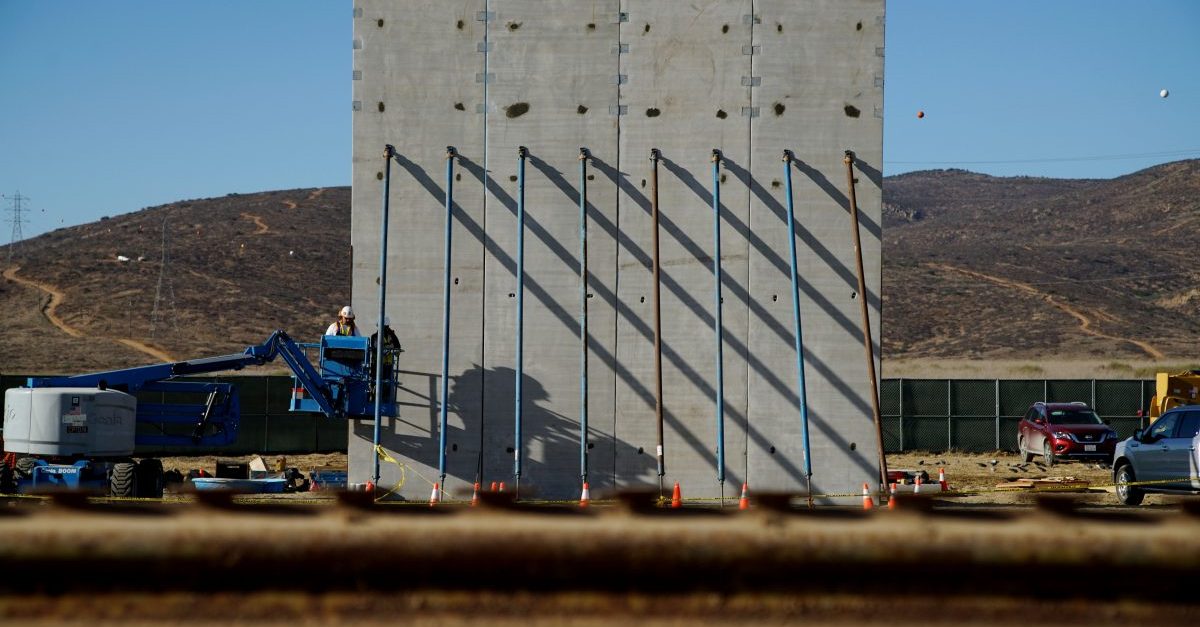 President Trump has been promising his border wall for nearly two years now, but his discussion of the topic is usually high on vivid imagery—a “big beautiful door” and windows so Americans aren’t crushed by falling drugs—and low on details: How much will it cost? Who will build it? When will it be done?

Late last week, Trump took a step toward the specific, asking Congress for $18 billion to build 316 new miles of border wall while repairing or replacing another 407 miles of extant fencing. That money would be spent through 2027. It would leave about half of the U.S.-Mexico border without any man-made barrier, and it doesn’t include an additional $15 billion for extra personnel, technology, and other costs that together bring the total to $33 billion for the first 10 years.

The fiscal conservative in me must note the dramatic difference between these numbers and the estimates Trump supplied on the campaign trail. In February of 2016, for example, he suggested a mere $8 billion would wall off the entire southern border. He eventually conceded it might be a bit higher—maybe $12 billion—but either option is a far cry from $33 billion to do less than half of the work Trump promised could be done for a quarter to a third of the current cost.

But my main interest here isn’t the money—or rather, it isn’t the money we can so easily count. “The art of economics,” economic journalist Henry Hazlitt famously wrote, “consists in looking not merely at the immediate but at the longer effects of any act or policy; it consists in tracing the consequences of that policy not merely for one group but for all groups.” Where Trump’s border wall is concerned, we do ourselves a deep disservice if we look only at that immediate $33 billion.

The unseen effect I have in mind today (and, of course, there are many more) is what will happen to the Americans who have the misfortune of owning land along the border. If Trump gets what he wants, they are in for a world of misery.

In a Washington Examiner report published Tuesday, one of four contractors tasked with building a Trump wall prototype indicated the White House has yet to provide any guidance on how it intends to handle eminent domain in its $33 billion plan. But we can get a good idea of what will happen when Washington makes its border wall land grab from a December report published by the Texas Tribune and ProPublica.

The study focused on the use of eminent domain on borderlands a decade ago when the George W. Bush administration was getting to work on a previous round of border wall construction. Even though Texas in particular has strong legal protections of private property, the feds have proven capable of riding roughshod over property rights in the name of national security and fighting the failed war on drugs.

The resulting land seizure process back in 2007 was a monument to government incompetence and cruelty. The Department of Homeland Security (DHS) “circumvented laws designed to help landowners receive fair compensation,” the Texas Tribune/ProPublica investigators found, lowballing property owners and refusing to conduct a proper appraisal.

Some wealthier landowners could fight DHS for a fairer price in court, but for those who couldn’t spare the legal fees—especially while losing their home and/or livelihood—there was nothing to be done. As a result, the poorest and most vulnerable families got screwed the hardest. The feds “conceded publicly that landowners without lawyers might wind up shortchanged,” and then made clear Washington did not give a damn.

And that’s just the cruelty—we haven’t even gotten to the incompetence. Many landowners had to go to court because the government didn’t bother with property lines, sometimes attempting to give money to people for land that was not theirs while neglecting to pay the real owners. Also ignored were water rights, an oversight that required many claims to be done twice.

A decade later, litigation is still ongoing as border residents struggle to exact a fair purchase price from Washington. “We actually built the fence on land that we haven’t finished taking yet,” admitted Daniel Hu, a Justice Department attorney responsible for condemnation lawsuits.

Is this what we want to replicate? Trump himself has long been enthusiastic about the government stealing people’s land to build something “tremendous,” so it’s not surprising he would be fine with it. But his team and his supporters should know better. Nothing about a large-scale violation of Americans’ private property rights will make our country great.