Why is reforming entitlements a third rail in Washington but adding more debt is not? 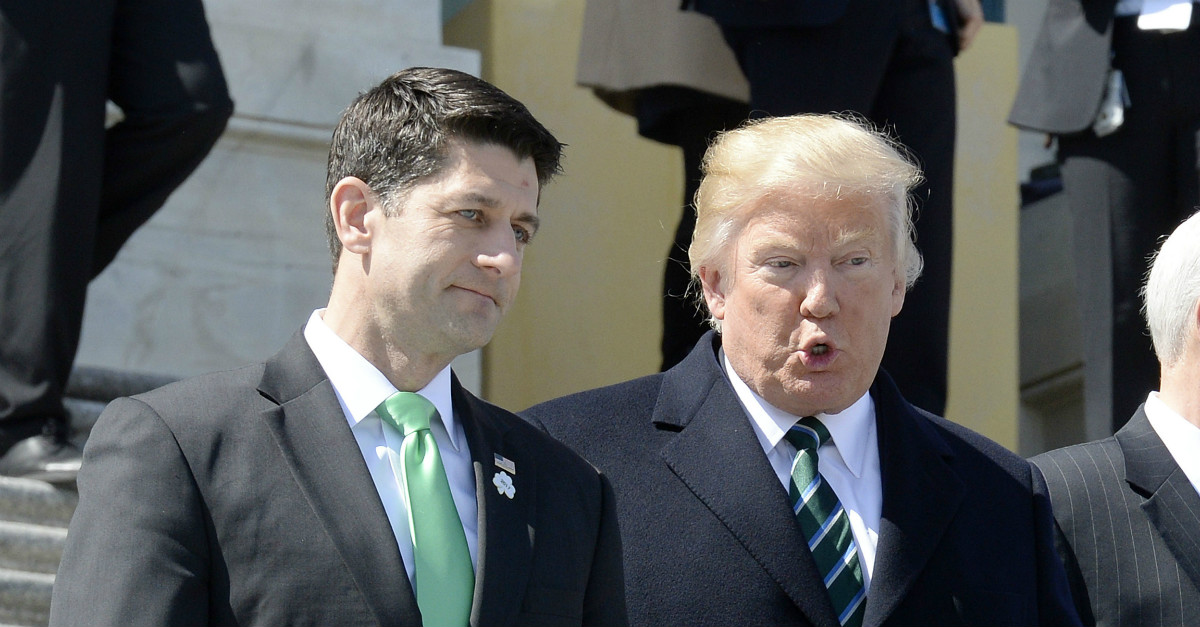 In 1945, after five years of war under Winston Churchill, the Labour Party was elected to power in Great Britain under the leadership of Clement Attlee, and quickly founded the National Health Service (NHS), the first universal health care system in the world. Six years later, British voters put Churchill back in command, and though he loathed socialism and mercilessly grumbled about Attlee (he once called the Labour PM “a sheep in sheep’s clothing,” one of the finest political insults ever leveled), he never rolled back the NHS. Thirty years later, even the shears-wielding Margaret Thatcher wasn’t able to privatize the health sector.

Today, here in the United States, the NHS is frequently cited in insistence that Republicans’ attempted Obamacare overhaul is doomed. “No country has ever repealed a major health care entitlement” is the taunt that reverberates, and it’s entirely correct. Meekly suggesting pinprick cost-saving measures to Medicare is enough to get you hauled before an AARP tribunal and even the libertarian-ish tea party was haunted by one protester’s demand that Congress “keep the government off my Medicare.” The Republican Obamacare alternative, meanwhile, punts closing the Medicaid expansion until 2020—and you really think the GOP is going to be caught within 100 miles of health care during an election year?

So why isn’t adding more debt treated the same way?

Every proposed tweak to Medicare sends Democrats howling at the moon on behalf of senior citizens and cues commercials of Paul Ryan doppelgängers pushing wheelchair-bound grannies into the abyss. Identity politics shields the old, so why doesn’t it also cover the other end of the age spectrum? Where is the shatter-proof consensus that racking up $20 trillion and counting in debt is an unconscionable attack on the American young?

My generation is already straddled with unprecedented student loans and an infirm job market that’s led many economists to fret that we’re a “lost generation” a la Japan in the 1990s. Where is the agreement that this burden shouldn’t be added to any further? Where are the thunderous moral fulminations from Capitol Hill? Where are the congressmen trembling in fear over crossing us?

Instead, all the government’s efforts are expended on the old at the expense of the young. I don’t mean to engage in generational warfare here, but the single worst policy that can be inflicted on us right now is more entitlement spending. The mandatory chunk of the federal budget pie is massive, $2.4 trillion in 2016, of which $1.6 trillion went to Social Security and Medicare. The Congressional Budget Office portends that total spending will rise by $2.5 trillion over the next 10 years, three quarters of which will be driven by ballooning entitlement and interest costs, with Social Security slated for a $700 billion hike and Medicare up $500 billion. Always regard economists peering into the tea leaves with skepticism, but even if those amounts aren’t pinpoint accurate, there’s no question entitlement costs will consume the budget, all of which will have to be paid off someday.

Yet here we stand, at the dawn of a new Republican era in government, unable to take prompt action on even the Medicaid expansion.

RELATED: Trump is on track to match Bush and Obama’s record additions to the national debt

There are plenty of reasons for this paralysis. My generation, admittedly, doesn’t vote enough, and the far-left candidates we do spring for tend to labor unceasingly against our economic interests. Deficit spending is also an abstract concept, whereas entitlements affect the near future, meaning 2018 when every congressman is up for reelection. And, of course, there’s the cargo cult devotion of elite Washington to junky neo-Keynesian economics, which persists with religious unshakeability despite its palpable failures during the Obama administration.

But exactly none of those craven reasons are sufficient excuse to drown a generation in the red. The progressive pledge to grow our way out of the debt has failed; we can scarcely clear 2 percent annual GDP growth and our debt-to-GDP ratio is 104 percent, in the territory of Spain and Portugal. We will need serious entitlement cutbacks if we’re to surmount this. With all due respect to Clement Attlee, it’s time to achieve the unprecedented.