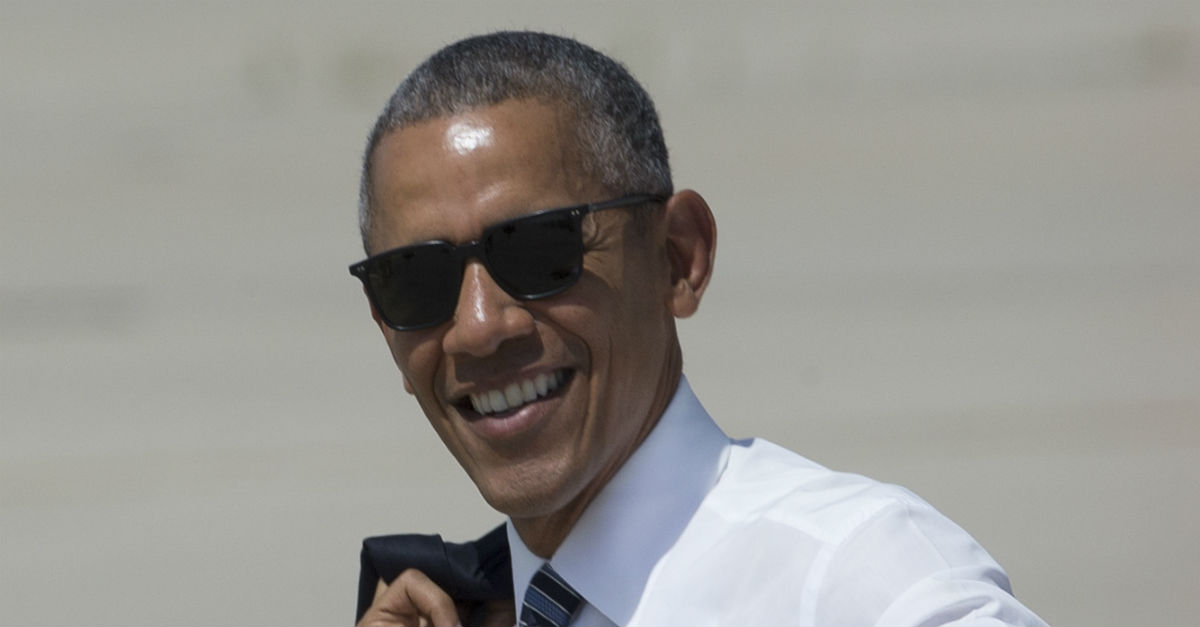 Total federal debt will have nearly doubled during Barack Obama’s eight years in the White House. That means his administration will have racked up nearly as much debt as the previous 42 presidents* did in 220 years.

Sometimes being an overachiever isn’t a good thing.

According to the St. Louis Federal Reserve Bank, total public federal debt was $11.1 trillion in the first quarter of 2009, when Obama took office. Currently, total federal debt is about $19.3 trillion — which means that it has grown by $8.2 trillion on Obama’s watch.

That’s an average of a little over $1 trillion a year, and we’re only half way through his final year. The debt rose faster in Obama’s first term, partly because of the February 2009 stimulus package that was supposed to jumpstart the economy but never did. And the debt leveled off a bit in 2014-15, due in part to the Republican-backed budget sequester.

But if federal debt grows in 2016 at the same rate it grew in 2015, total debt should be about $20.2 trillion when Obama leaves office.

Should Obama get all of the blame? After all, under the U.S. Constitution, Congress has to appropriate any money the federal government spends.

Or at least that’s the way it’s supposed to be — and by and large the way it was for the previous 220 years. But Obama is not a man to be constrained by law and tradition.

Even as you read this, his administration is trying to hand out money that Congress never appropriated to health insurers. The House of Representatives sued to stop the illegal bailouts and a federal judge recently agreed with the House. The administration has said it will appeal.

In addition, Democrats in Congress keep holding legislation hostage because Republicans won’t spend more. The most recent example is funding to combat the Zika virus.

RELATED: The Obama administration has a boneheaded plan to put convicts back to work

Obama asked for $1.9 billion in additional funding for Zika fighting efforts. Republicans have offered $1.1 billion, but that bill was blocked by Senate Democrats angry that Republicans won’t spend more.

So while Republicans have had their big-spending tendencies, especially before Obama became president, the lion’s share of blame belongs to the president and his fellow Democrats. There is no end to their spending demands, and the only reason the federal debt won’t be well over $20 trillion when Obama leaves office is that Republicans are trying to keep some check on government spending.

*Grover Cleveland served two non-consecutive terms. So while Obama is the 44th president, only 43 people have sworn into office.