A second state has banned bump stocks, and the penalties could put owners away for life 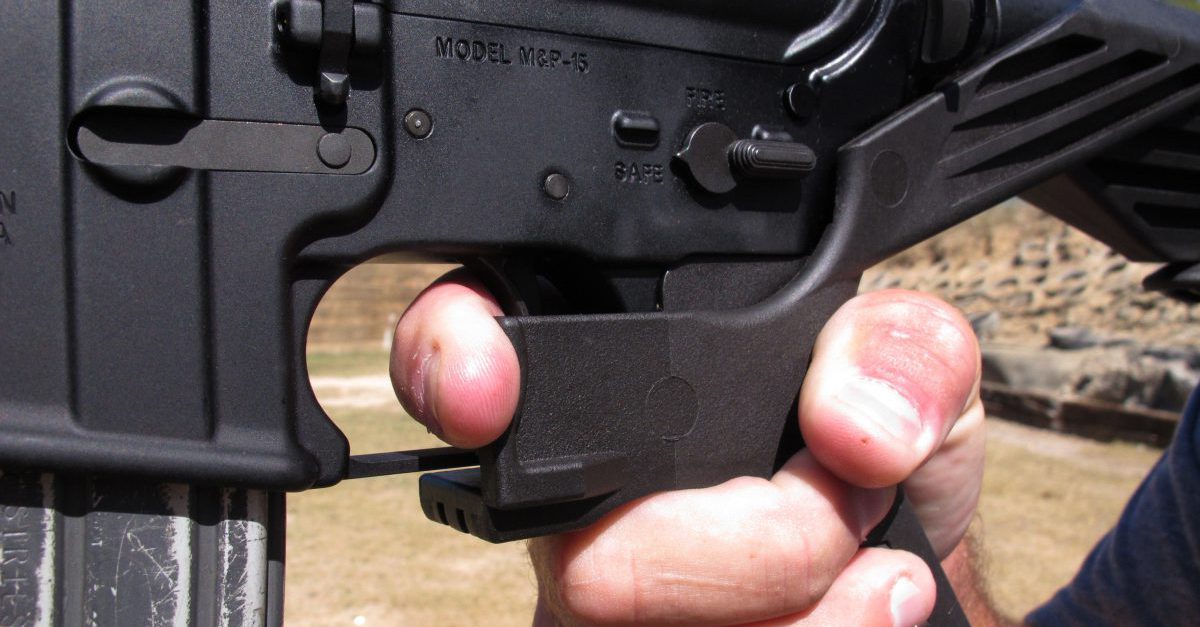 Massachusetts has become the second state to ban bump stock devices, adding stiff criminal penalties for possession of the devices that include possible life in prison.

“Bump stocks” are rifle modifications that allow a semi-automatic rifle to fire like a fully automatic weapon. They became a hot topic of discussion after they were fitted to rifles used by shooter Stephen Paddock and used to slaughter nearly 60 people and wound over 500 at the Route 91 Harvest Festival in Las Vegas. They are already banned in California.

Massachusetts Lt. Governor Karyn Polito, a Republican, signed the ban into an appropriations bill passed Friday, according to Boston 25 News. Owners of the devices have a 90-day grace period to turn in or discard their devices.

Penalties include a mandatory minimum sentence of 18 months for the possession of the device, according to Fox News. Repeat or enhanced violators could see life in prison.

Despite bipartisan agreement on legislating against bump stocks in the immediate aftermath of the bill, no law ever made it to a vote in the House or the Senate and, as the shooting recedes from the news cycle, it becomes increasingly unlikely to.

Republican House Majority Leader Paul Ryan and other Republicans, along with the National Rifle Association (NRA), pushed for a regulatory change via the Bureau of Alcohol, Tobacco and Firearms (ATF) instead of a law banning the devices outright. The NRA, acting in advance of a legislative push, released a statement in the wake of the massacre in support of the regulatory change.

In part, their statement of support read: “The NRA believes that devices intended to allow semi-automatic rifles to function like fully automatic rifles should be subject to additional regulations.”

That phrasing allows for the regulation of bump stocks, trigger cranks and any other devices designed to modify semi-automatic rifles to function like traditional fully automatic weapons, most of which are subject to the National Firearms Act first passed in 1934.

The ATF may not even be able to regulate the devices, reports NPR. The agency has the power to regulate machine guns — defined as a weapon that fires multiple rounds with a single trigger pull — but the design of bump stocks may not alter the fire of a semi-automatic weapon so significantly that they make bring bump-stock-modified rifles under ATF jurisdiction.