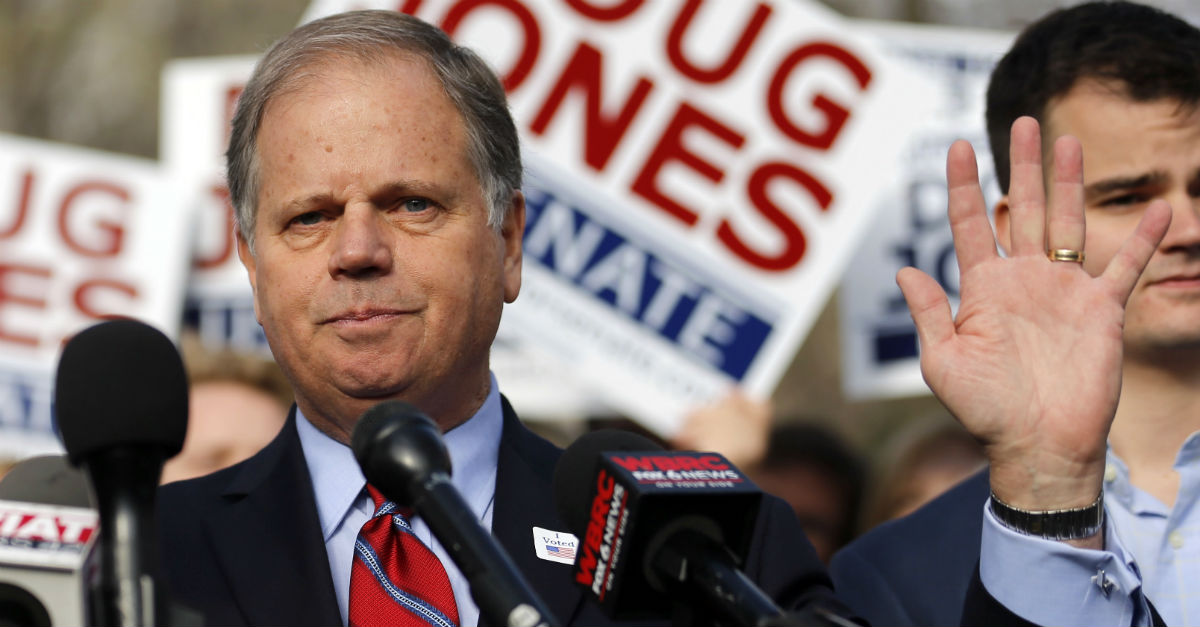 Senator Doug Jones (D-Ala.) called an Alabama push to arm teachers “the dumbest idea [he had] ever heard” and “crazy.”

Alabama’s state house is considering a bill that would allow teachers to carry firearms. State Rep. Will Ainsworth — who is sponsoring the bill — introduced it in a press conference at an Alabama elementary school. Ainsworth says that teachers carrying guns would be required to undergo 40 hours of training before being certified to carry in the classroom, AL.com reports. The state of Alabama won’t pay for a teacher’s gun.

Ainsworth said the law was about giving kids “a fighting chance.”

“The only way we can do that is to have people armed in the schools to fight back,” he said.

But to Doug Jones, the new law doesn’t make any sense. He told WKRG “I think that’s the dumbest idea I’ve ever heard. I think it’s crazy. You don’t need 40-50 guns in there and it’s a cost issue. You’re going to have to train those teachers. You don’t need to arm America in order to stop this, you just need to be smart about it.”

Sen. @DougJones didn't hold back when asked about a proposal to arm teachers with guns https://t.co/BlJlfyrXGz pic.twitter.com/gakODcNpGM

Jones was elected to the upper chamber in December after a heated race with Republican candidate Roy Moore. The former U.S. attorney has advocated positions for gun control in the past while simultaneously being a Second Amendment supporter and during senate race, the National Rifle Association spent almost $55,000 on mailers against him. He was the first Democrat elected to an Alabama senate seat in over two decades.

RELATED: A CNN panelist thinks the FBI didn’t act on the Nikolas Cruz warning because of his race

This isn’t the first time that pro-gun politicians have suggested arming educators, but the notion is getting another push in the wake of the Parkland school shooting that left 17 dead. A sheriff in one of Florida’s biggest counties said that his department is putting together a program to train and arm teachers. Even Department of Education secretary Betsy DeVos has been asked about the idea, though she declined to take a stand on the issue, instead saying “I think this is an important issue for all states to grapple with and to tackle. They clearly have the opportunity and the option to do that and there are differences in how states approach this.”

Rare reached out to Sen. Doug Jones’ office but received no comment.