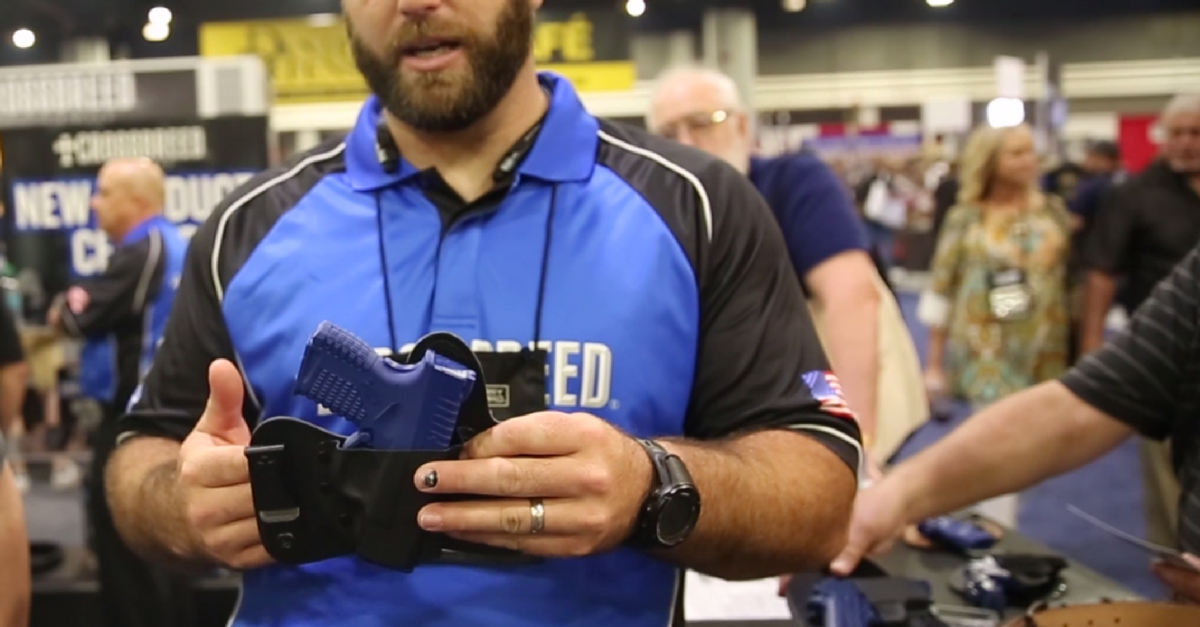 ATLANTA ? Among the hundreds of vendors at the National Rifle Associaiton Annual Meetings & Exhibits is Crossbreed, a gun holster manufacturer that specializes in making holsters, gun belts and magazine carriers. Rare spoke with Jason Murray, a Crossbreed representative who walked us through picking out the perfect holster for you and your gun.

“There are thousands of options of holsters,” Murray explained, adding that Crossbreed offers around 15 or 16 different types and walking us through a few of them.

RELATED: Meet Eddie the Eagle, the NRA?s fun mascot who teaches kids about gun safety in a creative way

According to Murray, the most important step in picking out a holster is deciding what type of gun belt you want to use. He noted that it’s very important to use a gun belt, as opposed to a regular belt, because it’s specially made to prevent your firearm from sagging down your side.

“What’s important is a good belt,” he said. “We need people to wear good belts to support their guns. People talk about, ‘Well, it’s sagging down or it’s pulling in a certain way on my waist.’ That’s more your belt than your holster. Your gun is going to weigh the same amount, and it’s going to put a pressure on a certain spot on your waist no matter what. It’s the belt that going to put all of that around on your waist.”