In California, this group of immigrants is buying up guns at an unprecedented rate 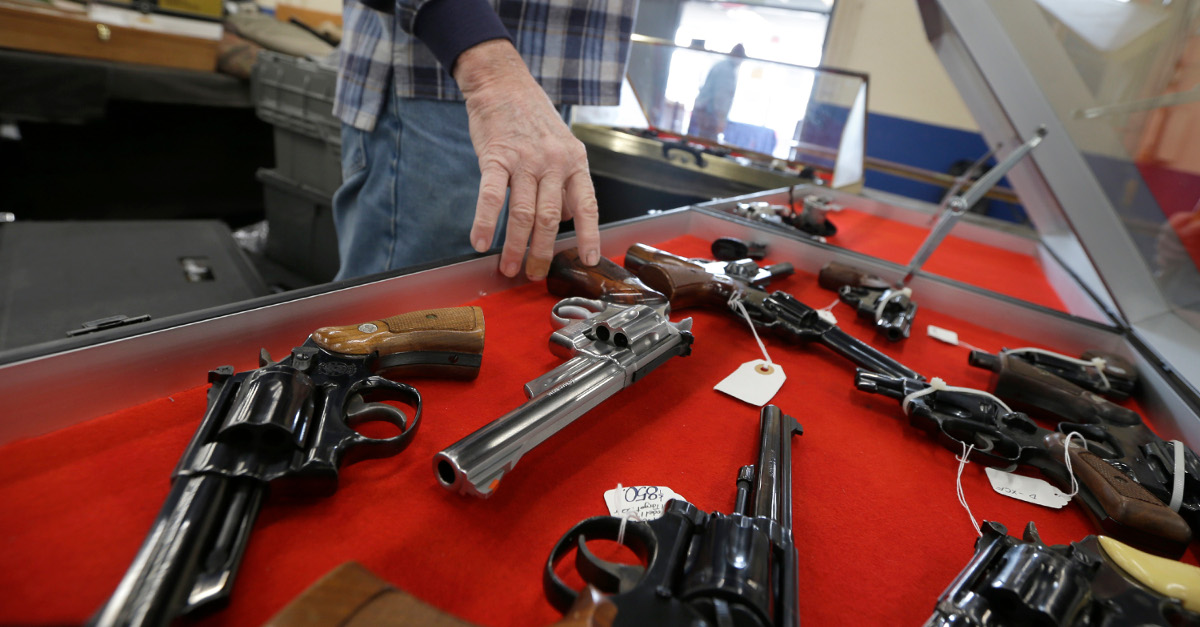 “They say God made man but Sam Colt made them equal.” That old quote that has circulated for more than a century here in the United States. It references the popularity of firearms Samuel Colt manufactured during the mid-1800s.

In the past, firearms had been hand-crafted and often cost a (relative) fortune to produce. Gun ownership rates were actually low in the United States until the Civil War, when revolutions in both technology and manufacturing practices combined to make firearms more affordable for the average American.

The availability of guns has helped give historically marginalized groups a voice in American politics and society. The most recent example is in California, where there has been an influx of Chinese Americans buying firearms.

From the Los Angeles Times:

At Gun Effects, Chinese buyers have shown up in droves to buy the store’s stock of soon-to-be restricted firearms.

Kai Kang, 48, of Irvine, lined up to purchase a scope for one of his guns. He remembers being curious about owning a gun when he came to America about a decade ago. In China he was in the military, but he never thought about owning a gun for his personal use.

Once he had his green card, he decided to try it out. Gun collecting eventually became a hobby. He goes to shooting ranges with his friends and keeps guns in his house for protection.

RELATED: A man with a carry and conceal weapon fired on a violent attacker assaulting a police officer

One of the reasons why Chinese Americans and other California gun owners made a rush for guns and ammunition was because strict new gun control laws went into effect on Jan. 1.

California lawmakers outlawed the sale and possession of magazines that hold more than 10 rounds. They are requiring all magazines currently in circulation to be turned in for destruction or sold out of state.

They also outlawed the sale of semi-automatic rifles that feature a “bullet-button,” which allows a magazine to be dropped with the aid of a tool. The law was passed in the wake of the San Bernardino shooting in 2015, which was committed by an ISIS-inspired terrorist armed with a bullet button-equipped semi-automatic rifle. The man who invented the bullet-button already has a new device designed to evade the law.

California lawmakers will also require all ammunition buyers to undergo a background check. As a result, many ammunition dealers will no longer sell in California.

RELATED: A man with a carry and conceal gun just stopped a bad guy with an AK-47

Another reason that Chinese Americans might be buying more guns is fear of anti-immigrant violence in the wake of Donald Trump’s election. Asian immigrants have a history of using firearms to defend their lives and property, most notably during the 1992 Los Angeles Riots.

American gun culture is still a shock to many Chinese immigrants, according to the Los Angeles Times. The owner of Gun Effects, Daniel Lin, told the Times that many Chinese Americans are still “nervous” about guns because gun ownership is taboo in China, which outlaws private firearms ownership, but has ironically seen an explosion in toy gun ownership.

Before California legislators get any further ideas, firearms ownership is protected in the United States by the Second Amendment of the U.S. Constitution.