After the school shooting in his home state, Florida Sen. Marco Rubio says what gun control advocates hate to hear 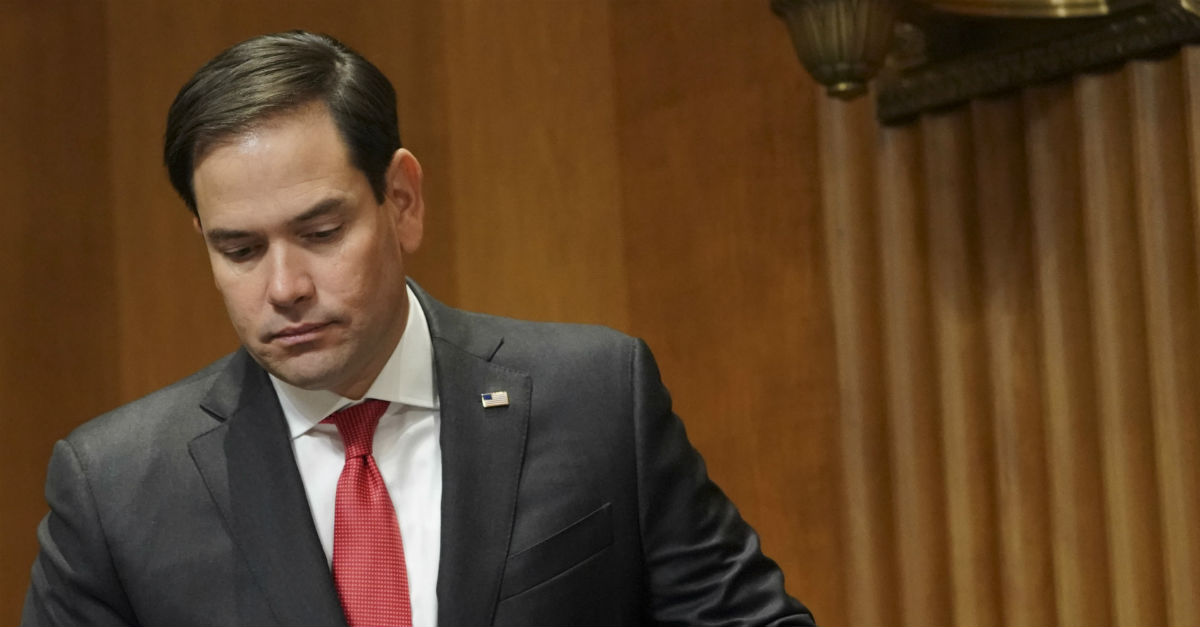 Florida Senator Marco Rubio took to the floor of the upper chamber on Thursday to suggest that he will not be among those calling for increased gun legislation.

After outlining the profile of the shooter — a troubled 19 year old with a history of mental health problems — Rubio asked the Senate “what is happening in our country and our culture and our society?”

But, unlike some lawmakers, he did not push for stricter gun laws. In a radio interview Thursday morning he said, “I’ve said this before, a lot of people don’t like when I say it, to date, none of the gun laws that have been proposed here in Washington would have prevented any of these attacks.”

In his speech he added, “if we do something, we should do something that works … just because these proposals would not have prevented these, doesn’t mean we should raise our hands and say that there’s nothing we can do.”

“I would admit that even I in the past–in the way that I’ve addressed this issue or spoken about it–may have come off as dismissive with the argument that since none of these laws would have worked there’s just nothing we can do and we’ll just have to deal with it,” he said, admitting the challenges of tackling this big problem. “Just because I don’t have a quick or easy answer for how to prevent these doesn’t mean that we don’t have an obligation to try to find one.”

Immediately after the shooting, Rubio was attacked for taking millions of dollars from the National Rifle Association over the course of his political career.

The question now is if those laws are being enforced properly and if there are more loopholes to pull, he said, “I think we have to do a better job to make sure people don’t slip through the cracks,” Ryan told reporters Thursday.

The December 2016 law Ryan referred to came out of the debate following the 2012 shooting at Sandy Hook Elementary School, which left 20 first graders and six others dead. It was intended to block those with serious mental health problems from buying guns and add them to the the national background check database.

At the time, the Obama Administration predicted it would prevent about 75,000 from purchasing firearms. The National Rifle Association and other Second Amendment rights advocates strongly opposed it.

On Feb. 28, 2017, President Trump quietly signed into law a resolution rolling back part of that move.

As of press time, we cannot determine if this rollback would have had any impact on the shooter being able to obtain his firearm.