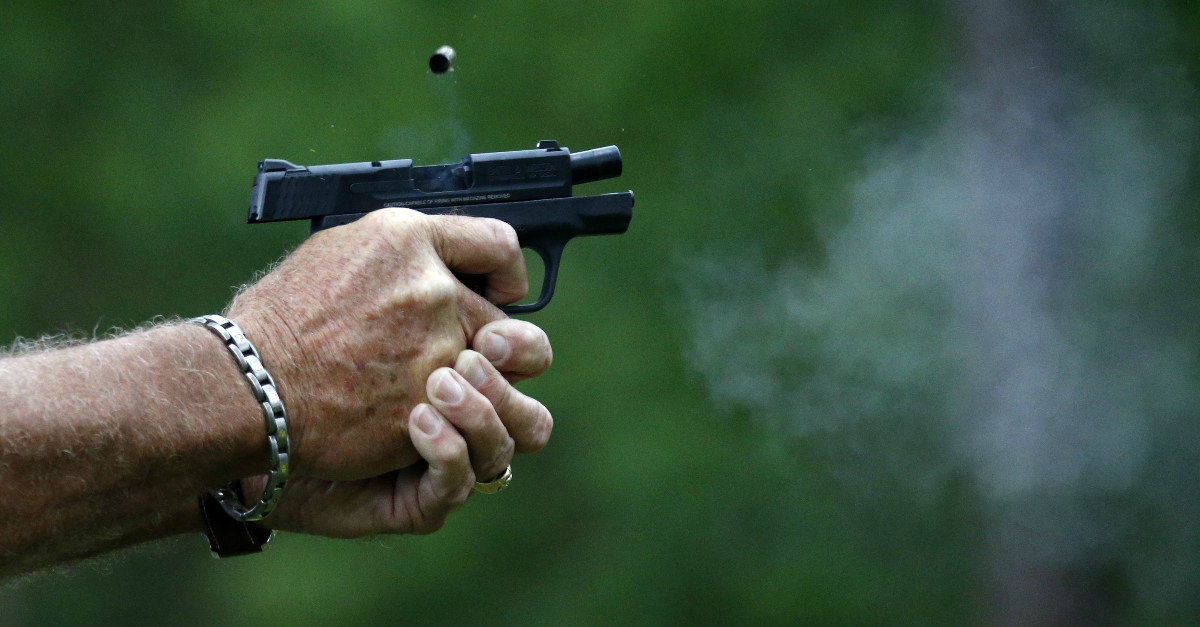 On Thursday, the Czech Republic’s lower house of parliament approved a constitutional amendment that would enshrine the right to bear arms. One hundred and thirty-nine out of 200 MPs approved the change after it was suggested by interior minister Milan Chovanec who asked the houses of parliament to ?show [him] a single terrorist attack in Europe perpetrated using a legally owned weapon.” The move is a reply to the violent and numerous terror attacks that have been sweeping Europe since 2015.

According to the proposal: “This constitutional bill is in reaction to the recent increase of security threats, especially the danger of violent acts such as isolated terrorist attacks…active attackers or other violent hybrid threats.”

The pretense of the Czech Republic’s measure cannot entirely be compared with that of the Second Amendment to the U.S. Constitution. While the American founding fathers included the right to bear arms in order to protect citizens from their own government, the Czechs want their population to carry firearms in order to “help with the security of the country.”

However, despite being born out of pragmatism, this move is still fundamentally important. Czechs are fond of the right to bear arms, especially in comparison to their neighbors. In a population of about 10 million, over 800,000 firearms are registered to date. This number has been increasing drastically since the fall of the Soviet Union. The Czech Republic allows concealed carry and does not even specifically ban guns in bars and clubs (though many owners have their own policies on that). “Gun-free zones” on schools and campuses do not exist: the law does not prohibit concealed carry there either.

RELATED: Not surprisingly, Americans who have experience with guns fear them less

Constitutionally enshrining the right to bear arms would also serve as a tool of defense against the European Union. The EU Commission in Brussels agreed on stricter gun rules last December, with EU interior ministers sealing the legislative package despite several members, including the Czechs, voting against it. The new directive institutes a complete ban on semi-automatic firearms, tightens regulations on online purchases, and allows for an exchange of information about gun owners across the continent. The Czech government has already announced that it will challenge this directive through the European Union Court of Justice.

The EU apparently failed to notice that member states like the United Kingdom, France, and Germany already have similar gun control measures yet have been hit by terrorist attacks carried out with illegally acquired firearms. Before leaving office, former French president François Hollande criticized Donald Trump (after the latter claimed that “Paris isn’t Paris anymore”) by saying: “Here we don’t have people taking up arms to shoot into crowds.” It takes guts to be this delusional.

More interestingly, countries like France have recognized that citizens with guns can actually be effective. A few months ago, the République allowed off-duty police officers to carry their weapons in private. A ban on firearms would end up only affecting the part of the population that actually should be armed: law-abiding citizens with good intentions.

RELATED: This German socialist thinks the European Union is the reason we haven?t had another world war

With the gun amendment approved by the lower Czech house, the upper house is expected to confirm the measure soon. And with Czech president Milo? Zeman a known supporter of gun rights, the Czechs are on their way of becoming the first European country with a quasi-Second Amendment.

Interior minister Chovanec recently pointed out that armed citizens would be able to shoot terrorists who attempt to ram large vehicles into crowds of innocent people, as has already happened in France, the UK, and Germany. As of now, such an attack has not happened in the Czech Republic; given recent developments, it would seem ill-advised for a terrorist to try.