Why is the head of the Second Amendment Caucus opposing a bill the NRA supports? 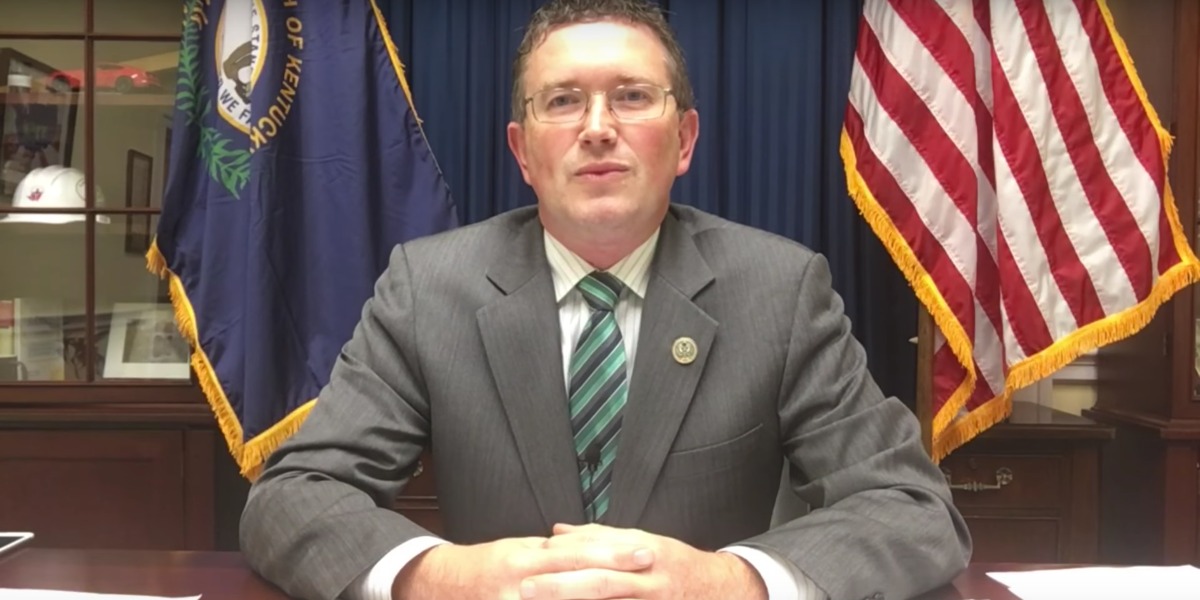 I’ll be voting No on the Cornyn-Feinstein-Schumer gun control-lite they’re rolling in with the reciprocity bill today. #ditchfixnicshttps://t.co/ew4OoF06sd

In a Facebook post, Massie says the ?Fix-NICS? bill would allow ?agencies, not just courts, to adjudicate your second amendment rights.?

Massie, the Chairman of the Second Amendment Caucus, says the bill will advance former President Obama?s gun control agenda, adding that the Senate?s bill will send $625 million over five years to states to expand the national background check database. Massie says the House bill will also commission a study on bump stocks.

?[?Fix-NICS?] encourages administrative agencies, not the courts, to submit more names to a national database that will determine whether you can or can?t obtain a firearm,? Massie wrote. ?When President Obama couldn?t get Congress to pass gun control, he implemented a strategy of compelling, through administrative rules, the Veterans Administration and the Social Security Administration to submit lists of veterans and seniors, many of whom never had a day in court, to be included in the NICS database of people prohibited from owning a firearm.”

Massie continued, “Only a state court, a federal (article III) court, or a military court, should ever be able to suspend your rights for any significant period of time.?

Massie says the bills should be voted on separately if the House does not change the flawed Fix-NICS bill.

?If our House leadership insists on bringing the flawed Fix-NICS bill to the floor, they shouldn?t play games,? he said. ?We should vote separately on HR 38, the Concealed Carry Reciprocity Bill, and HR 4477, the Fix-NICS bill. And we should be given enough time to amend the Fix-NICS bill, because it needs to be fixed, if not axed.?

The National Rifle Association (NRA), who has endorsed both bills, has criticized Massie for “spreading misinformation” and called his claims ?incorrect.? The NRA insists the H.R. 4477 has been through a ?very thorough and public markup session of its own? and argues that each bill has enough votes to pass on its own.

But other gun rights groups disagree.

National Association for Gun Rights President Dudley Brown has described Fix-NICS as legislation that would establish “a gun control super-database.”

But Massie’s criticism of current plans to merge “Fix NICS” with national reciprocity aside, the latter contains some constitutional questions of its own.

The NRA previously criticized Rep. Justin Amash (R-Mich.) in 2011 for his opposition to a virtually identical national reciprocity bill. Amash has consistently opposed House Leadership?s efforts to give the federal government more power over Second Amendment rights as well. And he opposes the current merge of legislation too, retweeting Massie?s Wednesday tweet slamming the bill.

Amash said that the bill would ?hurt gun rights by conceding broad new authority to the federal government to override state sovereignty.”

Rep. Amash showed his support for Massie’s position on social media on Saturday:

Second Amendment Caucus Chairman and @libertycaucus member @RepThomasMassie warns about the stealth anti-#2ndAmendment bill being rammed through the House: https://t.co/1mxz5gKKeW

Sens. Schumer and Feinstein have long tried to deprive people of their fundamental right to keep and bear arms. Today, the House will vote to double down on their unconstitutional program to deny Americans this right without adequate cause or due process.

The current piece of legislation, which merges the two bills as Massie urged against, is scheduled for a vote in the House on Wednesday afternoon.