Women gun owners, this young conservative is fighting for your right to defend yourselves on college campuses 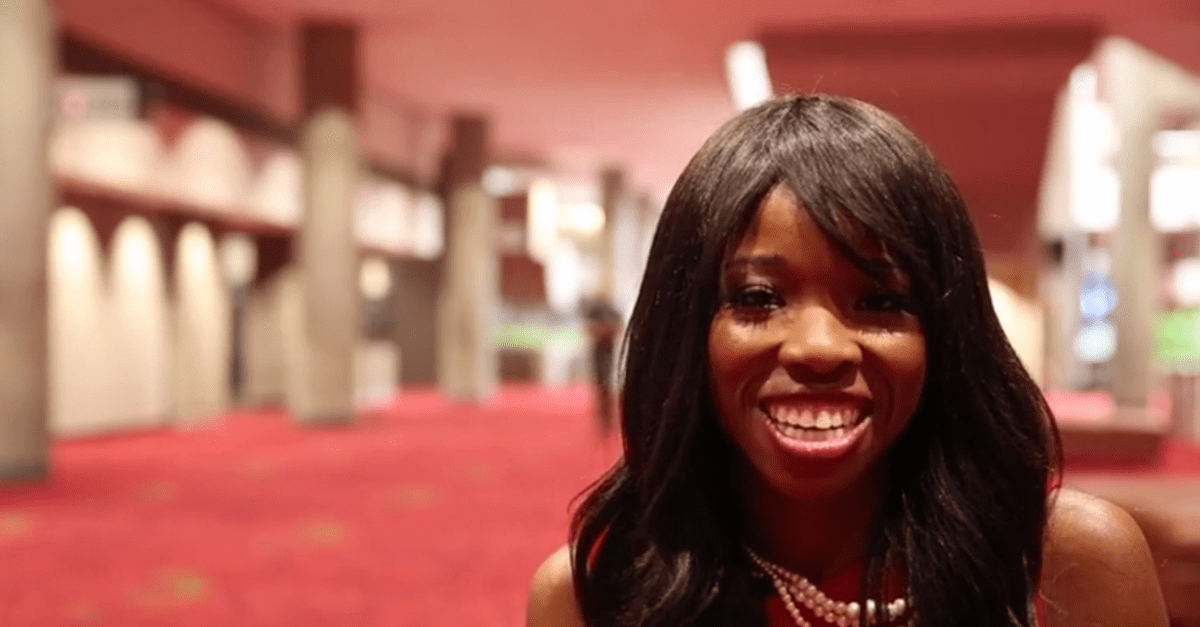 ATLANTA — At the National Rifle Association Annual Meetings & Exhibits, Rare spoke with Antonia Okafor, founder of EmPOWERed and one of the featured speakers at the event’s Leadership Forum on Friday, April 28. She’s a conservative woman and a major gun rights advocate who is working to give a voice to female conservatives and gun owners.

“I’m sharing a story that’s my story,” she said. “And it’s a unique story, not the story that you usually hear when it comes to the NRA or a gun owner or someone who’s an advocate for the Second Amendment. I mean, I’m proud of that.”

RELATED: Meet the shooting sports group that encourages women to get comfortable with handling firearms

Okafor comes from a very liberal family, with a father who went to prison on drug distribution charges when she was young. She voted for former President Barack Obama in both the 2008 and 2012 elections; however, over time, her views began to change, and she adopted a more libertarian political outlook.

“I’m proud that my experience has brought me to who I am today and has made me who I am today, and that people can relate to the hardships being turned into a positive,” she said.

Now that she firmly believes in gun rights, Okafor dedicates much of her time to advocating for campus carry, the possession of firearms by students on college or university campuses. She does so through EmPOWERed, an organization that fights for young women to be able to protect themselves with firearms no matter where they are, including college campuses.

“Young women are really going to pioneer that and continue that movement,” she said. “I’m really excited to be a part of the fact that feminism and campus carry are not mutually exclusive.”

As an African-American woman, Okafor is used to people being surprised that she is both a conservative and a gun rights advocate, and she’s hoping to show them how to embrace diversity of thought to teach young women like her not to be afraid to stand up for their beliefs.

RELATED: President Trump supporters at the NRA Annual Meetings share their thoughts on his first 100 days in office

“I’ve definitely experienced hardships from being really just and African-American women who is not a radical leftist,” she said, stressing that there are many other people like her who are afraid to speak up about their views. “There’s a high social cost for coming out as somebody who is not leftist in the African-American community. And as easy as it would be for me to shy away from being public about my values, I know that there are other women who want to talk about their values and want to express it in a safe way. It’s important that people like me are continuing to be vocal because there’s always going to be someone on the other side of the camera who see something in me, something that is similar to them, and are inspired and empowered.”

“If there’s one thing I could change about the country, it’s this lack of being engaged with people who are not like you,” she said. “Embrace differences. Embrace people who don’t think like you, because you’ll learn a lot. And by the way, if your values that you hold so dear are the right values, then they’re going to withstand whatever conversation that you have with someone who has different ideas. So, be confident.”