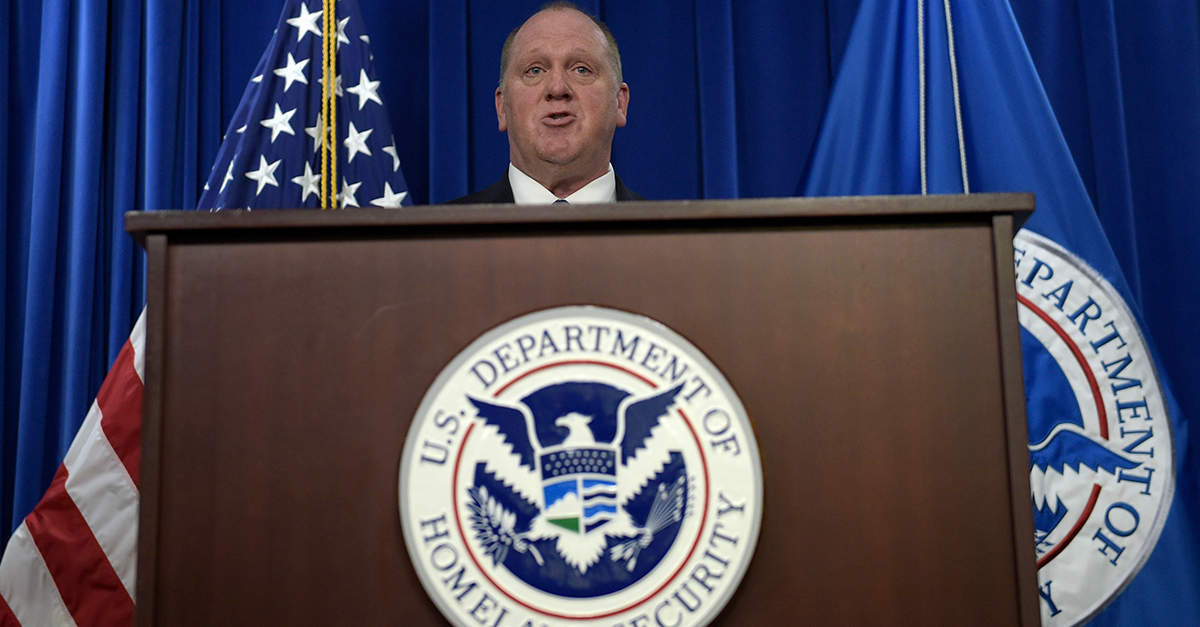 Thomas D. Homan, the acting director of Immigration and Customs Enforcement, issued a stern warning this week to the estimated 11 million undocumented immigrants currently living in the United States.

“If you are in this country illegally, and you committed a crime by entering this country, you should be uncomfortable, you should should look over your shoulder, and you need to be worried,” The Washington Examiner reports ICE chief Homan said.

During a House Appropriations subcommittee hearing, Homan clarified his department’s priorities and protocol for moving forward. Homan’s main point was that no segment of the illegal immigrant community will be “off the table,” meaning ICE will no longer just detain criminals.

Homan emphasized that the current administration is still prioritizing the deportation of criminal illegal immigrants. “Our priorities are criminals first, but if you’re asking me if we are going to put detainers on people that have not been convicted of a crime, yes we will,” he added referring to the first step in deportation.

Part of the reason for this new approach is how the current White House administration differs from the last. The Obama administration created the Priority Enforcement Program, or PEP, which gave local law enforcement broad discretion in regard to reporting a person taken into custody to U.S. Immigration and Customs Enforcement (ICE). Under PEP, most illegal immigrants were considered second or third tier priorities in comparison to gang members and those convicted of a felony. The Trump administration has effectively reversed the policy.

“We can’t send a message, get by the Border Patrol and get into the interior [of the U.S.] as long as you don’t go and break another law you’re home free, then you’re never going to gain control of the border,” he said.

Though his warning was Stern, Homan also added that the ICE is not doing sweeps of non-criminal illegal immigrants.