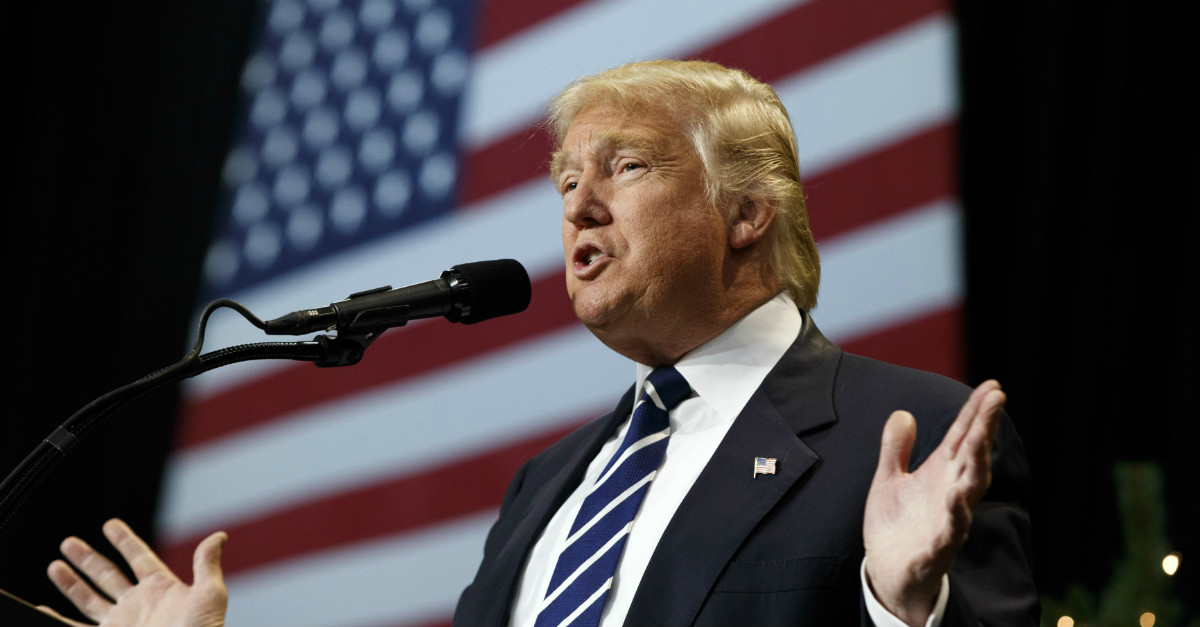 The old saying “elections have consequences” has never been felt more acutely than in President Donald Trump’s first week in office. Trump has enacted so many executive orders and presidential proclamations that it’s difficult to monitor them with any consistency (it doesn’t help that WhiteHouse.gov has been slow to post the documents online).

President Trump is trying to prove that he’s a man of his word and that he’s going to follow through on the promises that he made to his supporters on the campaign trail. These promises extend to the admission of refugees into the United States, a tradition that the United States has generally adhered to throughout Republican and Democratic administrations.

Trump the campaigner deemed refugees from Muslim-majority countries a national security threat. The language that he used was borderline offensive, casting all refugees as potential terrorists waiting to blow themselves up in crowds full of people. One of Trump’s favorite lines during his rallies was “the great Trojan horse” — meaning an Islamic State conspiracy to disguise their fighters as common refugees to infiltrate the United States. After getting into trouble, Trump backed off his proposed all-encompassing Muslim immigration ban and spoke in more specific terms about limiting or stopping immigration from countries prone to terrorism.

RELATED: The United States has a moral obligation to take in more Syrian refugees

Yet the draft executive order that the Trump administration is now preparing to unveil is everything that refugee and immigration advocates feared. The eight-page order includes:

If congressional Democrats are disgusted over Trump’s gutting of the refugee program, they have only the law to blame. The Refugee Act of 1980 provides the president of the United States with wide discretion over how many refugees can enter the country every year and where those refugees come from. Although Congress is given a consultation role, it’s the executive branch that draws up the list; Congress can object to the list, but there isn’t much it can do without passing legislation that overrides the president’s policy. This is what House Republicans tried to do in 2015 by making the admission of Syrian refugees more bureaucratically cumbersome, only for Senate Democrats to block the measure from reaching President Obama’s desk.

Now that it is official executive branch policy to put an indefinite hold on the Syrian refugee program, U.S. allies in the region like Turkey and Jordan will need to continue to open up their doors to Syrians who hope to escape the violence in their own countries. Turkey and Jordan, of course, are already hosting more than 3.4 million Syrians, which comes at a cost. Trump’s refugee policy will have third-order effects on these regional governments, and may also signal to the Persian Gulf monarchies that they too need to start admitting Syrians instead of just throwing money at the problem.

Senate Democrats don’t have many options to stop Trump’s order. They could block or place holds on certain nominations to get a point across. They could filibuster legislation that would codify Trump’s order in the law. And the Senate Democratic caucus could launch a public relations campaign against the policy. But that’s about all they can do, and none of those moves are likely to change Trump’s mind.

Trump is going to do things his way—even if it means breaking with decades of bipartisan refugee policy under which sheltering war-weary men, women, and children was seen as part of being an American.