Sorry, Donald Trump, but most Americans don’t want to “build the wall” 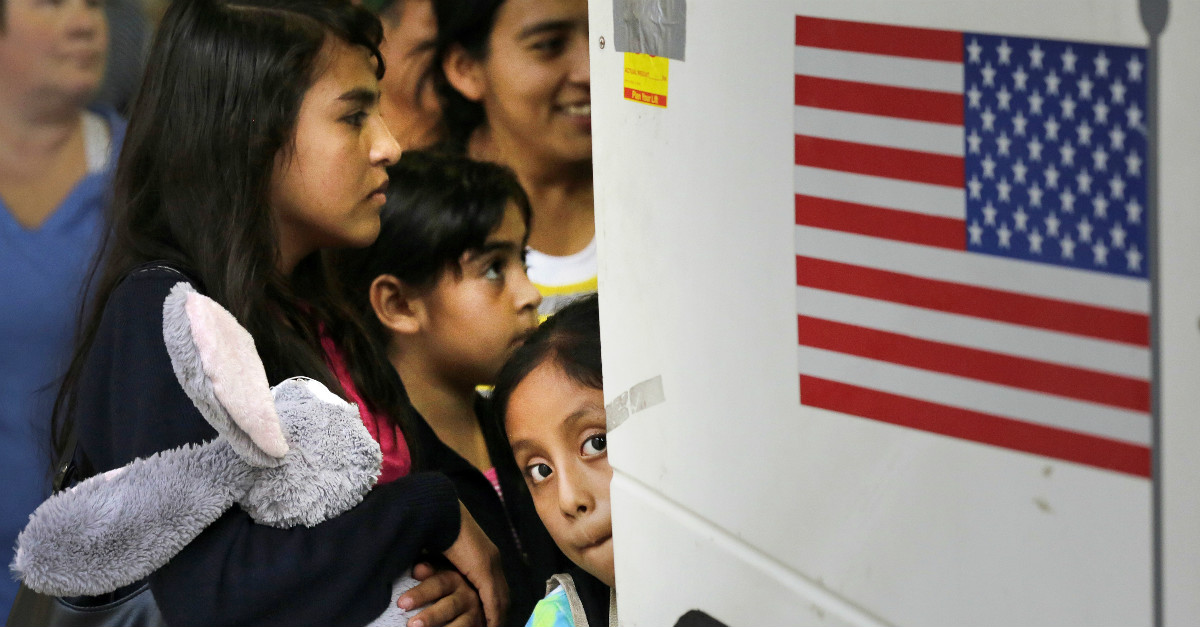 AP Photo/Eric Gay, File
FILE - In this July 7, 2015 file photo, immigrants from El Salvador and Guatemala who entered the country illegally board a bus after they were released from a family detention center in San Antonio, Texas. The vast majority of immigrant children who arrive alone at the U.S. border are placed by the government with adults who are in the country illegally, federal data reviewed by The Associated Press show. (AP Photo/Eric Gay, File)

Although Donald Trump was swept into office with the promise to “build the wall,” Americans’ attitudes towards immigration is more mixed than the presidential election would suggest.

According to Gallup’s latest poll on the issue, a minority of Americans (39 percent) think that building an actual wall is an important policy priority. In contrast, resounding majorities of Americans believe that it’s important to:

RELATED: Donald Trump is exposing the obsolescence of the White House press corps

One loudmouthed politician cannot singlehandedly change a nation’s culture. The United States’ history as a nation of immigrants is still firmly rooted in the consciousness of its citizenry. Republican politicians should resist the temptation to give into Trump’s anti-immigrant fervor by abandoning Lady Liberty’s embrace of immigrants… and economics, for that matter, too.

We must not forget that throughout most of modern history, embracing immigration was a firm platform of both parties — yes, even Republicans! In a 1980 Republican primary presidential debate, for example, Ronald Reagan and George H. W. Bush both spoke positively of illegal immigrants, discussing both amnesty and a guest worker system as good policy ideas. Six years later, President Reagan would sign the most sweeping amnesty law in U.S. history, granting a path to citizenship for nearly 3 million immigrants living in the country illegally at the time.

It’s depressing to dwell on how far Republicans have fallen in the decades since; “the party of Reagan” rings hallow as a monicker at the very least on this issue.

Of course, one may argue that world affairs have drastically changed since the 1980s, and thus responsible immigration policy should, too. With the millions of Syrian refugees flooding Europe’s borders, it’s not so much Mexicans that Republican politicians worry about as terrorists.

Yet, just as today is not the 1980s, we must remember that the U.S. is not Europe either. Geographically, it’s much more difficult for those with ill-intent to cross an entire ocean to America’s shores rather than walk across a contiguous land mass to Europe.

RELATED: You might be surprised who is arguing for indefinite detention of immigrants right now

Plus, the U.S. has much laxer labor laws, more easily allowing immigrants to obtain a job and assimilate. By contrast, it is not uncommon for the unemployment rate among immigrants to be over 20 percent in Europe because of job-killing regulations.

And assimilate they do. Immigrants are twice as likely to start a business in the U.S. than native-born citizens. In fact, 40 percent of Fortune 500 companies were founded by immigrants as of 2011. Where would the U.S. be without the brain power brought by those attracted to her borders with hopes of a better life?

Republican Congressmen must remember that the president does not have a monopoly over policy. He cannot build the wall or deport 11 million illegal immigrants on his own. Each policy require Congress’ advice and consent. Let’s not abandon economic reasoning and the American way to one bombastic politician.