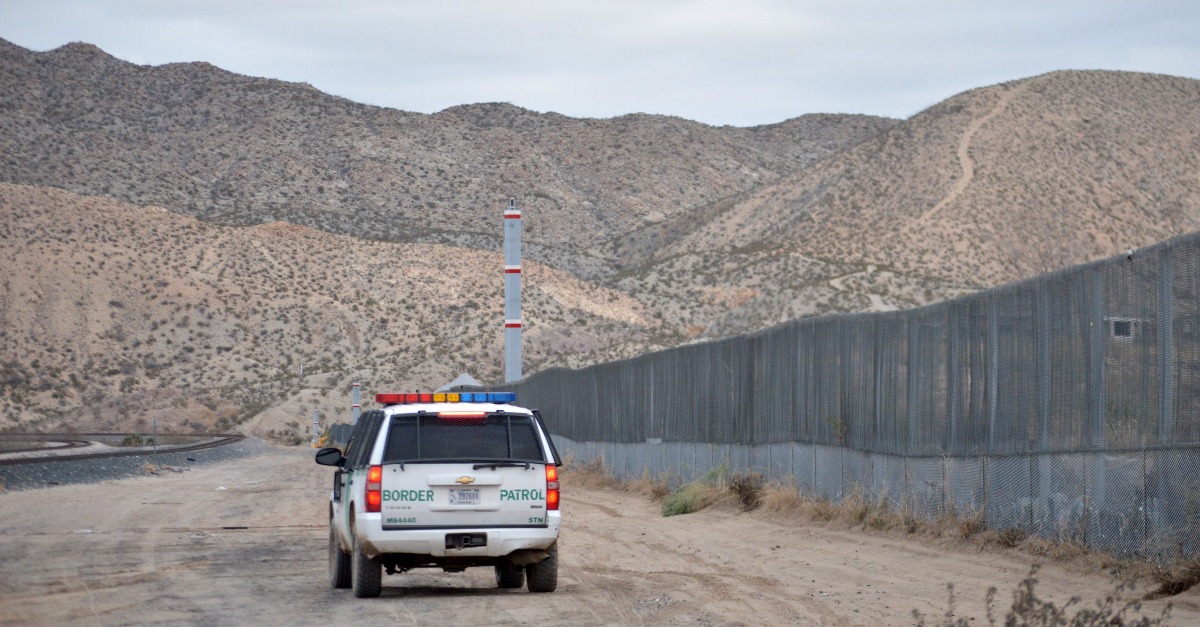 AP Photo/Russell Contreras
The border wall Trump has pledged to build has not been constructed yet and Mexico definitely isn’t paying for it. Taxpayers will.

Donald Trump was elected president on a pledge to secure the border and curb illegal immigration. Five days after taking office, Trump promised to make that a reality in part by increasing the Border Patrol by 5,000 agents. “A nation without borders is not a nation,” he declared at the time. “We are going to restore the rule of law in the United States. Beginning today, the United States of America gets back control of its borders.”

But as you should have come to expect from Donald Trump, the reality is much different from the rhetoric. The border wall Trump has pledged to build has not been constructed yet and Mexico definitely isn’t paying for it — taxpayers will. The Border Patrol, meanwhile, has actually shrunk by 220 agents and the rate of deportations is less than it was during former President Barack Obama’s last year in office.

RARE POV: Deporting illegal immigrants with no criminal record is an attack on justice, family and common sense

The Los Angeles Times has the details:

“To be sure, part of Trump’s crackdown is showing dramatic results. Illegal border crossings are down 22% compared with last summer. Arrests of people in the country illegally have surged 43% since January, including longtime residents who bought homes, paid taxes and raised families here.

“The sharpest increase in arrests was of undocumented migrants without criminal convictions – 24,189 under Trump, nearly three times as many as Obama in the first seven months of last year.”

Trump’s border crackdown is occurring on paper only. Illegal border crossings are down because people are less willing to make the crossing in the first place. Eventually word is going to get back that there are fewer Border Patrol agents, which will eventually encourage more illegal crossings. What will Trump do then?

Why are there fewer Border Patrol officers than Trump wants? The problem is that the agency has low morale and has been besieged by corruption allegations. It is not uncommon for agents to be arrested for drug smuggling, for example.

RELATED: White House throws support behind immigration bill, but is it the best policy for the American economy?

It is also difficult for the Border Patrol to bring on new agents. Prospective agents have to go through a strict hiring process that includes background checks, a fitness test, and various screening reviews. Just for perspective, the Border Patrol estimates that it would have to interview 750,000 people just to hire 5,000 agents.

President Trump’s failure to hire 5,000 agents is just another letdown from a man who promised a lot on the campaign trail. Trump’s legislative agenda is nonexistent and he’s pushed almost nothing through Congress. Tax reform is a distant memory and health care reform has already been buried.

If Trump can’t even show progress on his signature issue, he it won’t be long before he’s a failed president. It’s something to keep in mind as he heads back to Arizona, site of his most resounding speech on immigration back during the campaign.