The U.S. Senate should give it one more shot on immigration 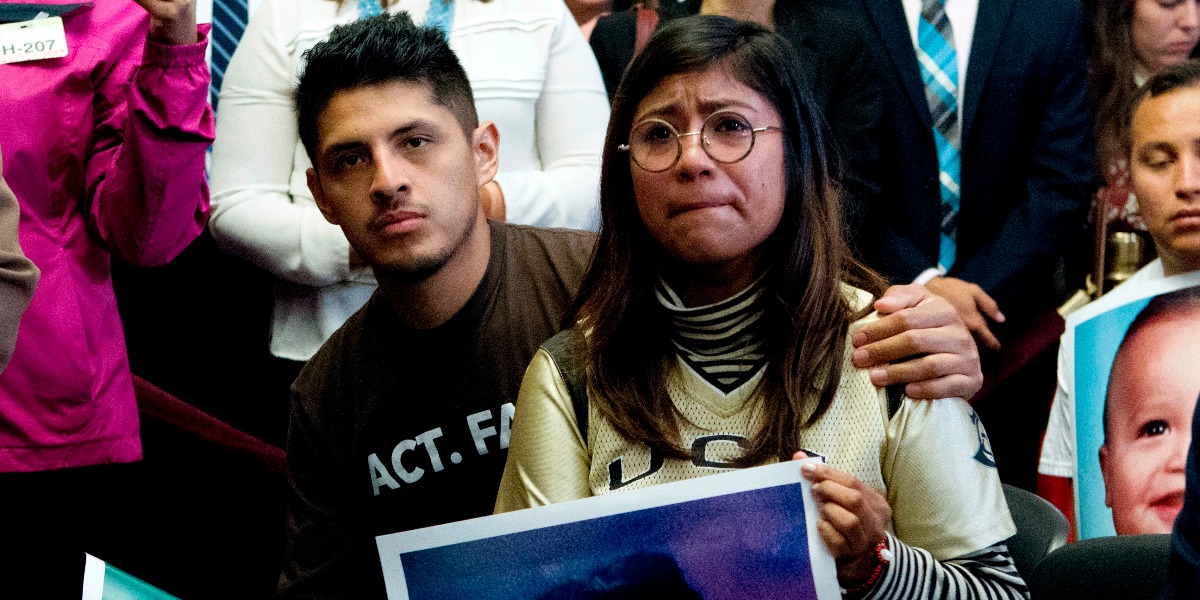 The U.S. Senate was a den of productivity last week, so it?s only fair that senators spend this week outside of Washington relaxing with their families, constituents, and donors.

That statement, of course, was made in jest; the Senate did squat last week, especially on the issue of immigration. The open, refreshing, free-wheeling public debate Majority Leader Mitch McConnell promised on the Senate floor was more like a scripted, leadership-dictated, time-limited formality that the Senate is known for. The first day of debate was blocked by Democrats who opposed calling up legislation about sanctuary cities as the First Amendment to be voted on. An entire day was wasted arguing over parliamentary tactics, with Democrats insisting on amendments that were germane to Dreamers and Republicans condemning Democrats for blocking debate from even happening. Only four amendments were teed up for a vote, and all of them failed to get the 60 votes needed for passage.

The Senate?s immigration debate was, in a word, pathetic. When last Thursday?s voting was over, the Dreamers remained in legal limbo; President Trump?s border wall was still unfunded; and lawmakers flew home with nothing to show for their show votes. The only person somewhat happy about the outcome was the Trump White House, which worked hard to kill centrist proposals the administration interpreted as pro-amnesty and pro-open borders.

RARE POV: Will the U.S. Senate actually do anything on immigration?

None of this adds any comfort to the Dreamers, who are under a tremendous amount of emotional pressure with a soft March 5 deadline hanging over their heads. If Congress doesn?t send something to the president?s desk that he can sign and portray as a victory for his political base, hundreds of thousands of DACA recipients will lose their temporary legal status and theoretically be open to arrest and removal from the country. These aren?t people who hopped the border just a few weeks or months ago, but people brought to the United States illegally by their parents at a very young age. Many of them don?t have roots in their countries of origin, and all of them work, go to school, have friends, and live as contributing members of their communities. They are, in fact, American in all but documentation.

With the exception of whackadoo outliers like Iowa?s Steve King who have never seen an immigration bill that they didn?t castigate as a mass amnesty plan, Republicans and Democrats recognize that there will be hell to pay if they don?t pass something to help the Dreamers. Sen. Jeff Flake is offering a short-term solution that would trade three more years of DACA for three years ($7.6 billion) of border wall funding. Sen. John Thune has a proposal that would codify DACA indefinitely and hand Trump the $25 billion in wall funding he has been requesting. We don?t know whether Senate or House leadership will vote on any of them.

Of the two ideas on offer, Thune?s is the better solution because it?s a permanent fix. And Trump will be far more willing to sign a bill with $25 billion for the border security than $7 billion.

But it won?t even get to that stage unless McConnell allows the Senate to spend more time on the immigration question. Three days is simply not enough time on one of the most polarizing issues in American politics. In a year already projected to be more inhospitable than most for Republicans at the polls, the GOP doesn?t need to be typecasted as the party that threw Dreamers out of the country.

McConnell can at least save Republicans from having to bear that burden. When senators come back to Washington, he should put Flake and Thune?s ideas on the floor and allow an amendment process that is more rigorous than last week?s debacle.