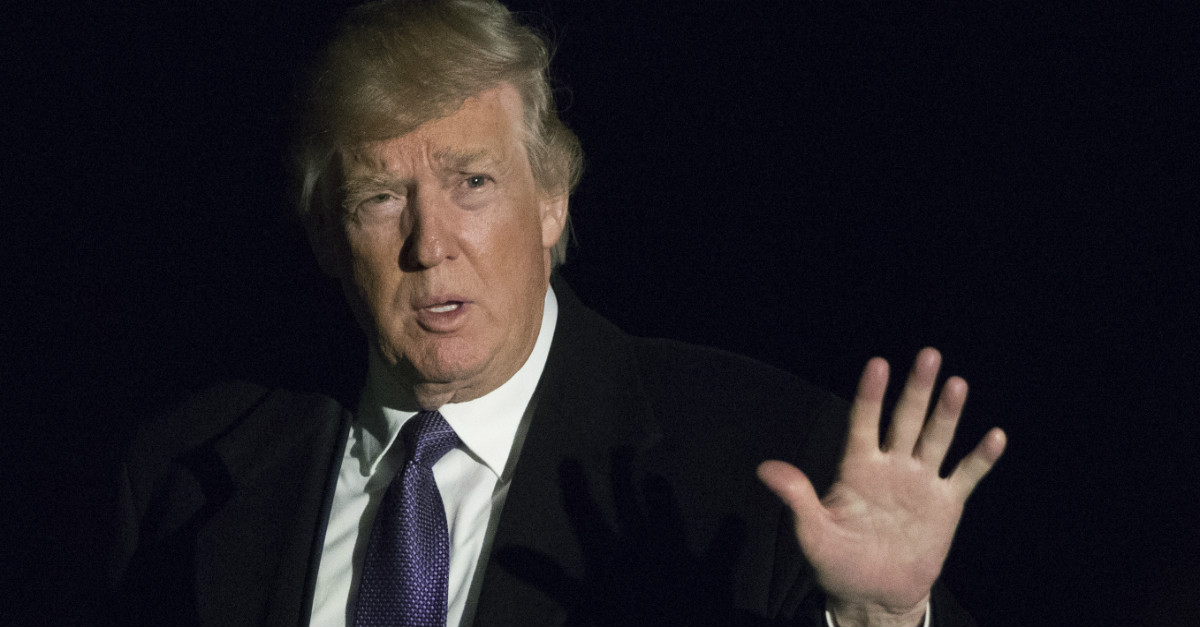 I am deeply suspicious of executive overreach. It should be obvious that this problem began with President Trump, but so far his actions indicate to me he is eager to make a bad situation worse. Thus, I admit my first instinct is to heartily approve when the judiciary cuts the presidency down to size — as with the suspension of Trump’s executive order that temporarily shut down all refugee admissions and barred U.S. entry by everyone from seven majority-Muslim nations.

That said, one of our greatest resources in restraining an out-of-control White House is fidelity to the rule of law. This means the president cannot simply ignore laws he doesn’t like. However, it also means when he acts in an objectionable manner, we basically have three options to stop him.

RELATED: Now can we start making the presidency less powerful?

First, we can ask him to stop with petitions and protests, and if the action in question is something he is legally allowed but not compelled to do, perhaps he will listen. In this case, this option is already in play.

Second, Congress could change existing law to explicitly forbid the objectionable thing. For better or worse, our current Congress has no inclination to do so.

But third, someone with standing to sue can challenge the constitutionality and/or legality of the president’s action in court. This option, too, is already underway, with the states of Washington and Minnesota as the plaintiffs. Though some legal experts have argued states do not have standing, two courts (the initial federal court and the appeals court) have ruled they do. Since three out of four of the judges on those two benches are Republican appointees, it is difficult to argue their standing assessment was political in nature.

Now let’s consider the legality of the order itself. As the appeals court decision notes, the administration has argued the president has “unreviewable authority to suspend the admission of any class of aliens” if the decision is ”motivated by national security concerns…even if those actions potentially contravene constitutional rights and protections.”

Unreviewable authority — that is a bold claim indeed. Even those inclined to assign the executive branch maximum constitutional latitude on foreign policy issues — and personally, I’d suggest the White House has had too little restraint on this count in recent years, not too much — entirely unreviewable executive authority is the province of monarchies, not republics. “There is no precedent to support this claimed unreviewability,” the appeals court held with ample legal support, “which runs contrary to the fundamental structure of our constitutional democracy.”

So far, I’m with them: National security does not throw our Constitution out the window. The president does not get to do whatever he wants without any chance of legal challenge just because it may pertain to foreign policy.

Beyond this, as best I can tell, there are two legal questions involved. The first is about the Fifth Amendment prohibition on the government depriving individuals of “life, liberty, or property, without due process of law.” With this order, the administration says those affected have no due process rights. Opponents say they do and those rights have been violated, especially in the case of legal permanent residents (e.g. green card holders) who now risk being trapped outside the U.S. as well as refugees who were already in process of applying for asylum and now have had that lengthy process shut down. At least for these two categories, I am again inclined to agree with the court that the order is at best messy about due process rights, which have long been held to apply to non-U.S. citizens.

The second big legal issue — though it was not addressed by the appeals court — is about two immigration laws, one passed in 1952 and one in 1965 to amend the 1952 law. The 1952 law gave the president authority to “suspend the immigration status of any person or group whose entry into the United States might impair public health or safety or national security,” as Judge Andrew Napolitano summarized in his argument that Trump’s order is legal because of this statute.

But critics say the 1965 law limits that power because it “prohibits discrimination against immigrants based on their country of origin.” So it would be legal for Trump to ban immigration by all Islamic State members, obviously, but not everyone from Iraq. Rep. Justin Amash (R-Mich.), for example, has referenced the 1965 law to argue it’s “not lawful to ban immigrants on basis of nationality” and the “order overreaches and undermines our constitutional system.” I’m not legal expert, but once again I’m inclined to agree.

The next step for the White House is reportedly a rewrite of the order as a backup plan in case future court fights remain unsuccessful. There are undoubtedly smarter and more humane approaches to fighting terror, but at this point a more clearly constitutional revision would at least be a step in the right direction.