Why is our government tearing families apart to deport people with no criminal record? 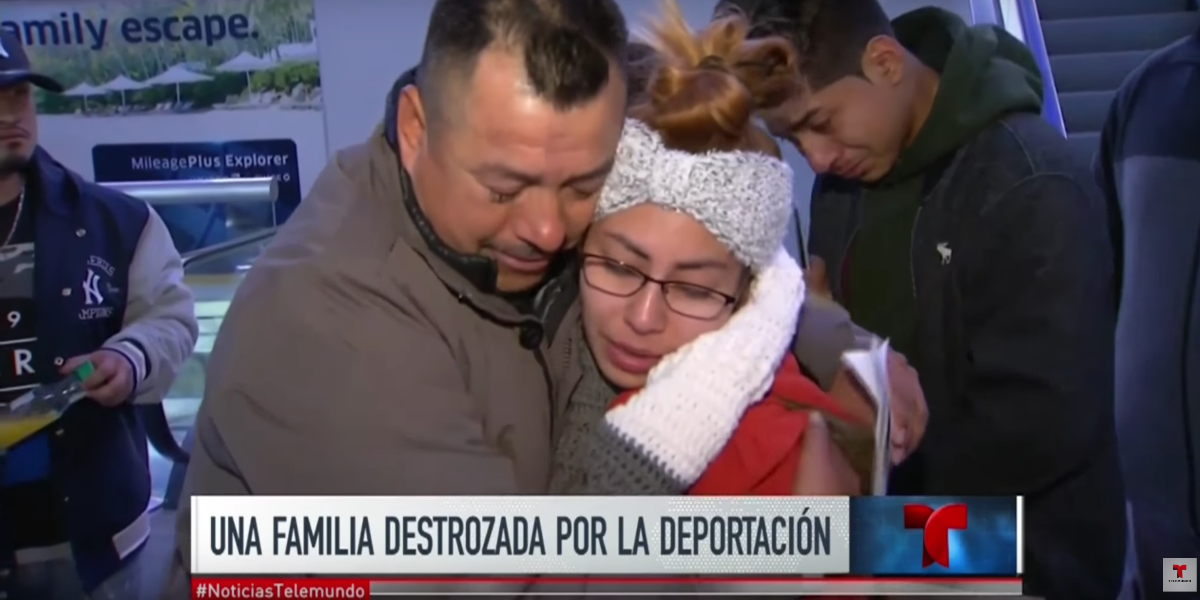 On Friday at 6:30 in the morning, a New Jersey couple named Oscar and Humberta Campos said goodbye to their three children and boarded a plane for Mexico. They won’t be coming back.

The Campos family has been forcibly split up by our government because Oscar and Humberta?who have lived in the United States for three decades, during which time they bought a home and ran a landscaping business?are being deported. Their kids, two young adults and one still in high school, have had to take over the rest of their parents’ mortgage. The older two will have to be surrogate parents to their youngest sibling.

“I feel very sad, very sad, and more for my kids,” said Oscar at the airport. “I’d never think this was gonna happen, not for us, a hardworking family,” he added. The couple were in the process of obtaining legal residency here in the United States. They came here illegally years ago, but they were working with immigration officials to make things right up until the day of deportation. Neither Oscar nor Humberta have any other criminal record, and they came to the United States to escape violence in their hometown.

The Campos family’s story has garnered a lot of attention and outrage, and with good reason. It is outrageous for our government to deport immigrants whose most serious offense is coming to America illegally. It is outrageous that families are split up, lives are potentially ruined, and that this is considered a proportionate response to a victimless “crime.”

Oscar and Humberta did not hurt anyone by coming to the United States. If anything, they’ve made a positive contribution to our country: They have a productive business that likely created jobs in their community; they’ve raised two college graduates; they’re clearly beloved in their church, which fought their deportation till the end.

As I’ve asked about similar cases in the past, even if you support punishing this couple on rule-of-law grounds, wouldn?t a fine or community service be massively more appropriate given the circumstances? How will sending Oscar and Humberta back to Mexico?destroying their livelihood and leaving their youngest to finish high school without parents around?fix anything? Who does this help? What good does it accomplish?

About half of the illegal immigrants being deported right now are like Oscar and Humberta Campos: They have no other criminal record, not even traffic offenses. Why should their lives be demolished and their families separated over one nonviolent act?

“I want criminals out of this country. I want them to get locked up,” said Deacon Arnaldo Santos of the Campos’ church. “But I have known this family for over 20 years. They are respectful, spiritual … they are a good, good family and that’s why I’m petitioning” for them to stay.

Santos’ petition has failed. For the sake of thousands of other families, immigration policy needs to change so that no such petition is needed.