Will the U.S. Senate actually do anything on immigration? 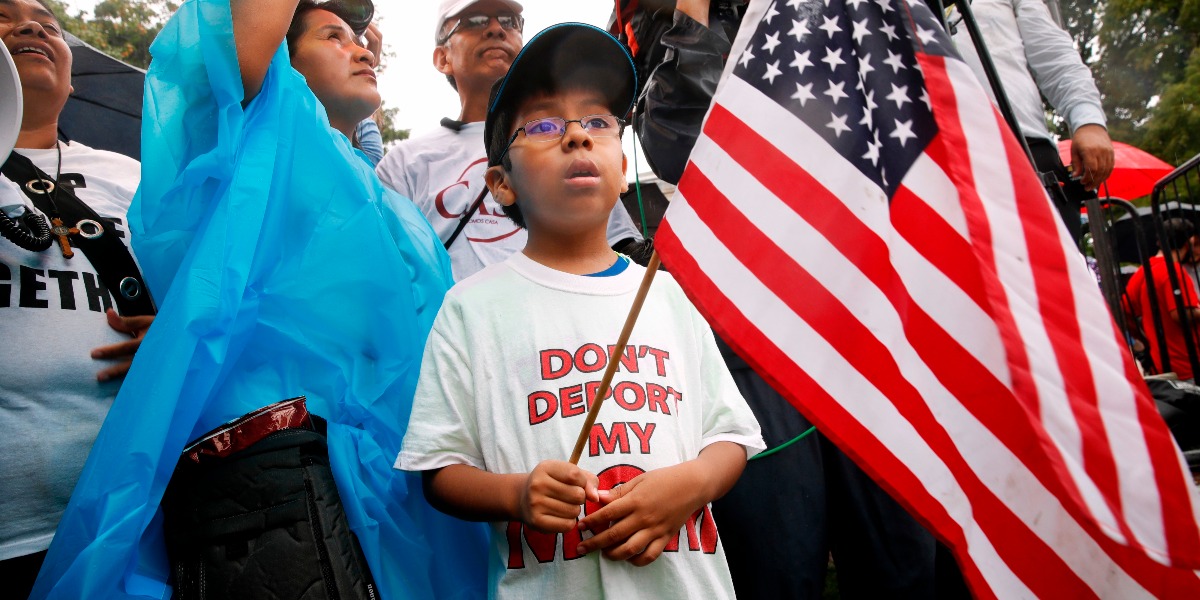 AP Photo/Jacquelyn Martin
Michael Claros, 8, of Silver Spring, Md., attends a rally in favor of immigration reform, Tuesday, Aug. 15, 2017, at the White House in Washington. The eight-year old is a U.S. citizen whose parents would have been eligible for DAPA, or Deferred Action for Parents of Americans, an Obama era policy memo that the Trump administration has since formally revoked. The protesters are hoping to preserve the program known as Deferred Action for Childhood Arrivals, or DACA. The Trump administration has said it still has not decided the DACA program's fate. (AP Photo/Jacquelyn Martin)

The United States Senate can be an arcane, slow, bumbling institution. The bills that manage to pass through committee and reach the floor time usually have preconceived results. Amendments are typically restricted, with the majority leader using his power as the manager of the Senate to usher the bill to the finish line with as little turbulence as possible. If the bill fails to pass, it’s commonly taken as a failure of the majority leader to control the debate and whip his colleagues. The idea of excitement in the Senate is a filibuster or a talk-a-thon, parliamentary stalling tactics that usually die after a day.

Senate Majority Leader Mitch McConnell is not a risk taker. Throughout his decades-long legislative career, McConnell has shown himself to be a tactical operator and a parliamentary strategist, two qualities that helped elevate him to Republican leadership 15 years ago as the GOP’s Senate majority whip. He has been the top Republican in the chamber since 2007, owing in part to his abilities to work the system, keep Republicans together, spoil progressive priorities when Democrats have been in the majority and levy the filibuster to his heart’s desire.

This week however, McConnell is going outside his comfort zone. Not only is he allowing a debate on immigration, but he is also allowing his colleagues on both sides of the aisle to offer virtually unlimited amendments. There is no base bill, which means that any immigration policy the Senate manages to cobble together will be built from scratch. McConnell, in effect, is taking a shot in a dark room. “Now is the time to back up the talk with the hard work of finding a workable solution,” McConnell said on Monday, hours before the debate formally began. “That means finding an agreement that can pass the Senate, pass the House and which the president will sign. Not just making a point … The time for political posturing is behind us.”

That last remark, of course, is a load of nonsense. Political posturing never ends on Capitol Hill, particularly when the subject up for debate is immigration, one of the most divisive and polarizing in American politics. And to make matters more complicated, all of this is taking place during an election year in which the fates of the Dreamers and the border wall will be punching bags for Democratic candidates campaigning to unseat Republican incumbents in districts across the country. Senators like to talk up the chamber as a civilized place where invective is kept out, and seriousness and chivalry are kept in, but immigration has a tendency to boil everybody’s blood.

There is no shortage of ideas about what America’s immigration policy should be. Everybody, from the freshman member of Congress to the senator with a leadership post, has an opinion about chain migration; whether a border wall is necessary; how long that wall should be; how many Dreamers should be afforded a path to citizenship; how long the citizenship process would be; whether Dreamers should be given citizenship at all; whether the diversity visa lottery system should be reformed or scrapped entirely; how much enforcement power ICE agents should wield; and how to handle the roughly 11 million undocumented immigrants already in the country. None of these are easy questions with easy answers; if they were, Congress would have passed a comprehensive immigration bill into law by now. The fact that lawmakers haven’t passed anything comprehensive since Ronald Reagan was president is all the evidence you need to explain how controversial immigration has become over the last several decades. There are so many proposals as what constitutes a fair and effective immigration policy and so many outside advocacy groups swarming Capitol Hill today that any solution that does pass is bound to get somebody angry.

This week’s discussions will reflect that breadth of opinion. There will be the inevitable clashes between hardliners like Sens. Tom Cotton and David Perdue, who want to clamp down on legal and illegal immigration to unprecedented levels, and moderates like Sens. Jeff Flake and John McCain, who view $25 billion for a border wall as a non-starter. Then there are Democrats like Sens. Kamala Harris, Kirsten Gillibrand, Cory Booker and Chris Murphy, as well as independent Bernie Sanders — all prospective 2020 Democratic presidential candidates — who are completely opposed to a border wall and the termination of family-based migration policies. In the middle are the party leaders like McConnell and Chuck Schumer, each of whom will be responsible for keeping their respective sides somewhat united on a subject that tends to tear parties apart.

In the end, the Senate may not be able to find any measure that can get 60 votes. And even if the Senate is able to reach that milestone, it’s an open question whether the far more conservative House of Representatives will take up any prospective bill.

A small silver lining in all of this is that lawmakers are at least talking about immigration reform again.