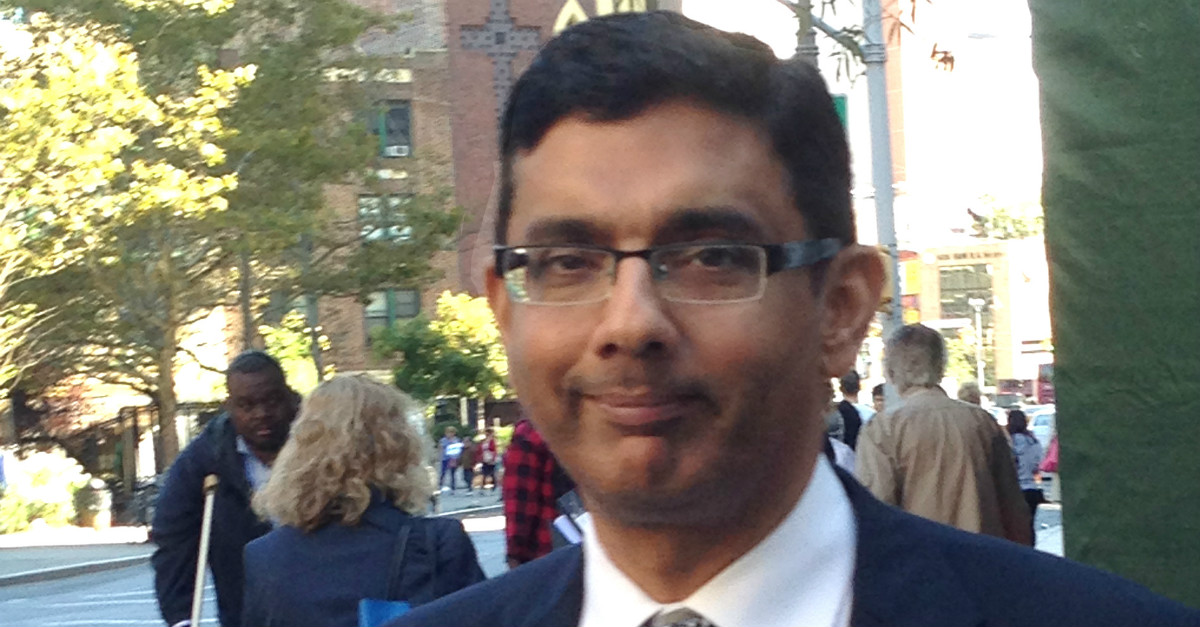 Conservative filmmaker Dinesh D?Souza appeared on Sunday morning?s episode of ?Fox And Friends? and made a strange distinction. He claimed that America is a nation of immigrants but not of refugees.

From the Daily Caller:

“America is a nation of immigrants,? he explained. ?We are not a nation of refugees, and there is a critical difference between the two.?

?An immigrant is somebody who has made a decision of the will to choose America. Immigrants want to come to this country because they believe in America, they want the kind of life America makes possible,? D?Souza continued. ?A refugee is someone who just wants to get away from some problem, a civil war or a famine, something that is going on in his or her own country.?

Here?s the video of D?Souza?s comments.

Actually, going by D?Souza?s own definition, refugees built America. The Pilgrims who came over on the Mayflower and celebrated the first Thanksgiving were fleeing religious persecution. Same with the Puritans who settled the rest of Massachusetts. Eventually, Rhode Island became its own refuge for those New Englanders whose religious beliefs were not approved of by the Puritans.

After independence, the United States continued to welcome refugees from all over the world. When Louisiana joined the Union in 1812, it welcomed Cajuns, who were originally from what is today Nova Scotia. The Cajuns are French Catholics who were expelled by the British after they refused to pledge allegiance to the British Crown in 1755.

During the Irish Famine, nearly a million Irishmen emigrated to the United States and helped to build modern America. Many of these Irish would fight and die in the American Civil War, on both sides. It was the first massive wave of refugees the United States received as an independent nation.

RELATED: Here?s the one thing Donald Trump could do to really make our immigration system safer

The country had a difficult time absorbing all of those Irish immigrants, and as a result anti-Catholic violence and anti-Irish discrimination became major problems. Since the Irish largely settled in urban areas, America’s cities became overcrowded and unsanitary.

Conditions improved though, and since then, we’ve taken in several more waves of refugees: Germans and Italians who fled their wars of unification or did not otherwise have any opportunities at home, Jewish immigrants fleeing European persecution. During the 20th century, we welcomed those fleeing war and persecution from Cuba, Vietnam and Latin America. All of these communities have thrived and helped contribute to our nation?s melting pot.

Modern America wouldn?t be what it is today without refugees. The only reason D?Souza is trying to make this stretch is because he wants to bash the left and defend Donald Trump?s immigration positions. He’s free to vouch for Trump all he wants, but he can’t deny settled history.