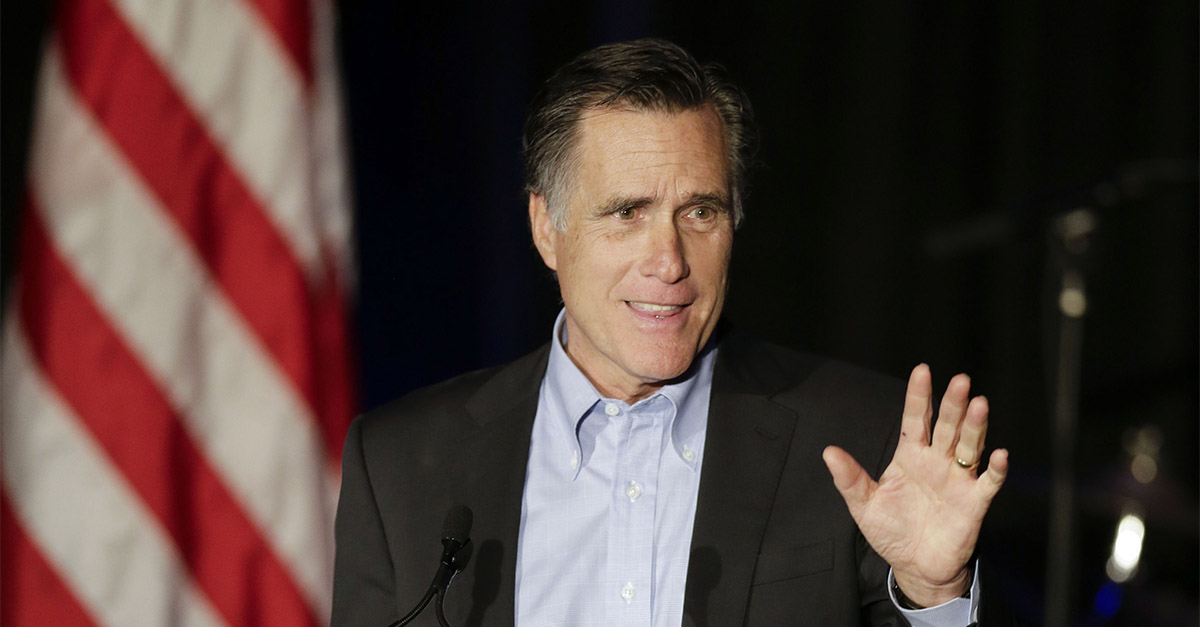 On Friday, Mitt Romney met with a number of friends and political donors in Park City, Utah, to talk about the future of his brand in the currently tumultuous political climate. The event featured a number of big-name political operatives, including Joe Biden, who reportedly criticized Hillary Clinton during his own speech.

The event was closed, but a handful of reporters managed to finagle their way in, including CNN’s Teddy Davis who blasted out a surprising tweet from inside the event.

Mitt Romney says he spoke with Hillary Clinton about the prospect of becoming Trump's secretary of state: "I would've accepted the job."

Davis’ report that Clinton spoke to Romney about taking the position within the Trump administration is surprising, to say the least. After vice president, secretary of state is perhaps the most powerful position in the government. Thomas Jefferson, James Madison, James Monroe, Martin Van Buren, John Quincy Adams and James Buchanan were all secretaries of state before ascending to the Oval Office.

Romney was one of the top secretary of state candidates and even attended a dinner with then-President Elect Trump, which spawned a widely-ridiculed photo of Romney gazing morosely at photographers as Trump grinned emphatically.

The former presidential candidate reportedly said, “[He] would have accepted the job,” had it been offered to him. However, President Trump chose outside of Washington and tapped Exxon mogul Rex Tillerson. Since taking on the secretary of state duties, Tillerson has flown under the radar and met with a number of important foreign leaders but shunning the press coverage that typically accompanies the post.

President Trump was widely critical of Romney during his campaign, and at one point, called the Utah Mormon a “choke artist” for losing the 2012 election.

RELATED: Mitt Romney’s refusal to apologize to Donald Trump could be why he wasn’t tapped for secretary of state

The Washington rumor mill is suggesting that Romney may throw his hat back in the Senate race if Utah Senator Orrin Hatch decides not to run for reelection. However, at 70 years old, Romney is a bit elderly to start pushing change in Washington. Currently, the oldest senator is Dianne Feinstein of California, who is 83.

Nonetheless, Joe Biden encouraged Romney to run for the senate.