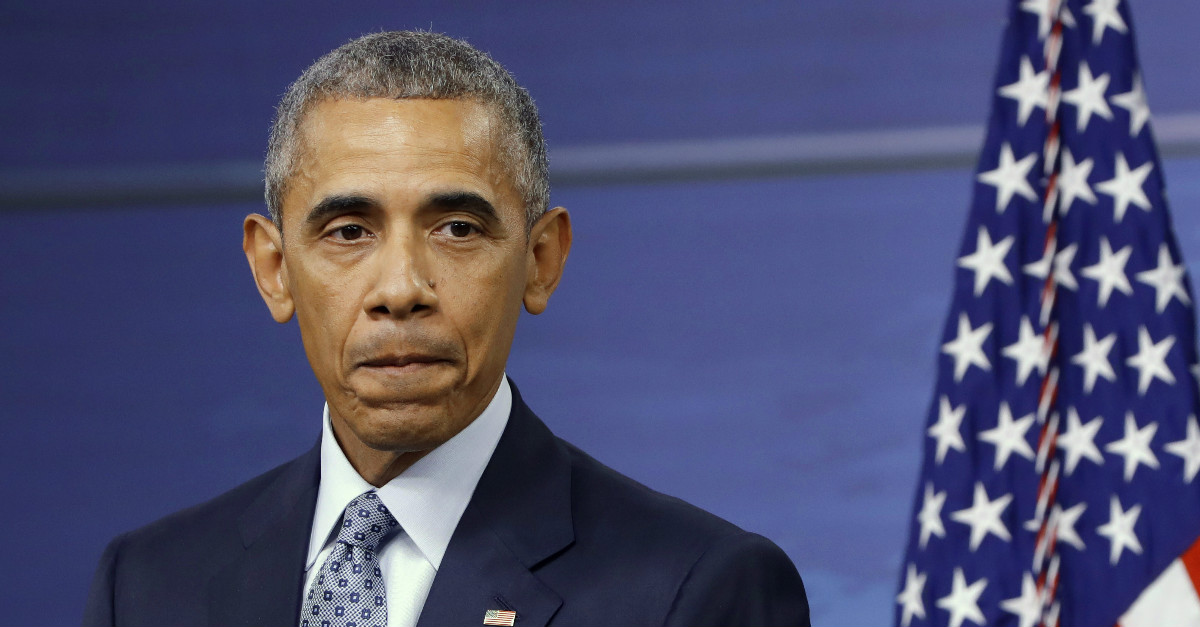 “We’re not red states and blue states; we’re all Americans, standing up together for the red, white, and blue.”

So went the first draft of Barack Obama’s speech to the 2004 Democratic National Convention. The line was later excised by John Kerry’s speechwriters but the idea still reverberated throughout the final address: one country with more commonality and fewer divisions than it sometimes gets credit for.

Obama got this much right: after eight years of his presidency, there really aren’t red states and blue states anymore, at least not as he understood them. Donald Trump has turned the electoral map inside-out, winning blue-collar voters in bluer states, many of whom have been dutiful Democrats since FDR, many of whom voted for our current president. Yet even as Trump has turned our divisions perpendicular, he’s dynamited them relentlessly, leaving them both unfamiliar and far deeper than they were before.

For Obama, it’s a repudiation that will shape his legacy.

Our 44th president set out with two goals, publicly to unite the country and privately to unite it under the Democrats, to shepherd a modern coalition of young and minority voters into his party’s fold that would force the GOP to play catchup. He transparently failed at the former goal?the country is more divided than before?and the only political realignment he engendered was a strange and raucous one that favored the Republicans, who picked up more than 1,000 state legislature, gubernatorial, and congressional seats during his presidency, and then managed to elect the most manifestly unqualified presidential candidate in American history.

The Obama years are thus impossible to evaluate right now. Rarely has a presidential legacy been so tethered to the performance of a successor. Will Obama be judged as John Quincy Adams, a final watchman over a Washington consensus that was later overhauled by a populist demolition man? Will he be a James Buchanan, a feckless accommodator who tried to paper over chasms that were inevitably coming apart? Or is there no historical comparison at all? Is Obama the last steward of our so-called liberal order before we take a bubbling plunge into the dark unknown?

And what of his policy accomplishments? They were supposed to be part and parcel of his unification vision. Obama, in common with many progressives, views Washington technocracy as a great equalizer, leveling divisions through the redistribution of wealth and creation of new opportunities. But technocracy is not so ameliorative in practice. It tends to enrich itself, while often failing to avail its supposed beneficiaries. This is certainly true of Obamacare, which bloated the federal government with new mandates while only making insurance more expensive. It’s also true of the president’s bevy of regulations, cost-prohibitive for small businesses but not big corporations with Washington connections.

This is a big reason why income inequality has increased immensely under President Obama; it’s why for the first time since the Herbert Hoover years our economy failed to muster a single quarter of 3 percent growth. The so-called “Obama recovery” has been devastatingly incomplete, and none have felt its shortcomings more than workers in the Rust Belt. These left-behind laborers often aren’t even visible in the unemployment rate, because they’ve dropped out of the workforce altogether. Irate at being overlooked, they finally made their presence felt last November. The technocracy can’t dodge their wrath any longer.

RELATED: Could Trump be the ?change? candidate Obama wasn?t?

Not all of this is Obama’s fault, but there’s little question his policies failed to make things better. At a time when our economy needed to be nimbler, the president made it more burdensome, suitable only to those who were already big enough to shoulder government’s crushing weight. That many of these measures are now endangered by the incoming Republican government is a rebuke to the technocratic dream, which had eight years to prove itself and left us wanting. Obama’s presidency may be remembered as the moment when the failures of progressivism became their most glaring.

That’s not to say our memory of Obama will be totally negative. He was a fundamentally decent man and the opinion polls are currently patting him on the head on his way out. But having come to office with a big-picture agenda, he now decamps from it all but consumed by forces larger than himself, ones he helped set in motion. Amidst the titanic clash between old order and new, liberalism and nationalism, Obama might be remembered warmly, but as a success? That seems unlikely.