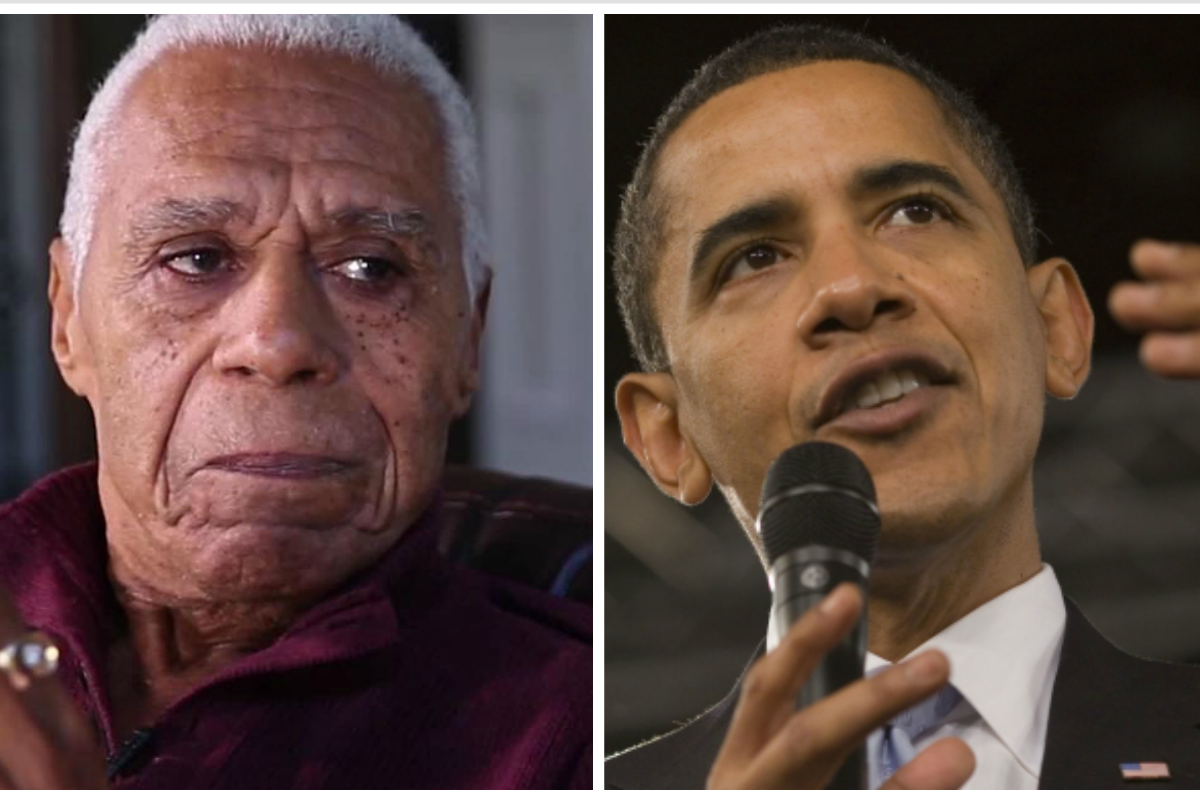 In 2008, Judge Wilbur P. Trammell, my grandfather, never thought Barack Obama could be president of the United States.

“When I was talking to my son Mark, I said I would be for Hillary Clinton, because I do not believe that this country would let a black rule the country,” said World War II veteran.

RELATED: Obama started off the new year by reflecting on the “remarkable progress” that occurred during his presidency

My grandfather, whom I call “Papa,” grew up during a time where being black prevented you from certain activities ? such as sitting in the front of the bus, marrying a white woman or running for president.

Papa was wrong. At 90 years old, he didn’t think he would live to see a black president.

“You have to understand that we’ve lived at least for 90 years with this turmoil of being different,” Papa said.

Decades before my Papa worked alongside other civil rights activists hoping that discrimination against blacks would end. He experienced it firsthand during his military service. Despite this, he is the one who taught me how to have love for your country through the good and bad times.

RELATED: My grandfather’s service is the reason I cherish my life today

Though even with his high hopes for equality in America, he didn’t expect this achievement in U.S. history could happen as soon as during his lifetime. America simply wasn’t ready, he thought.

So when Obama won against Clinton in the 2008 primary election and Senator John McCain in that year’s general election, America shocked him. Perhaps the color of his skin didn’t matter. Or maybe it did, and that’s what motivated voters to visit their polls in record numbers.

“You could see people surging, and no matter who they were or what they thought of him, it was so symbolic of change,” Papa said.

When he thinks back to that November night in 2008, tears fill his eyes. When Obama walked out on stage in Chicago to give his acceptance speech on election night, my Papa realized he was witnessing something very special.

“It was more like an explosion in terms of ‘yes,’ like seeing your first child born,” Papa said. “It’s something that you can never, never duplicate.”

But it was his first thought that haunted him during Obama’s presidency. That thought was “revolution.”

“I was truly, truly fearful like of the time when Kennedy was killed,” Papa said.

Papa remembers when President John F. Kennedy was assassinated and how distraught the news made the country. He didn’t want to imagine a similar event.

If there’s anything my Papa has learned over the last eight years, it’s that we live in a much different America today than he did 90 years ago.

Obama accomplished what Papa and millions of others never thought could happen. That’s why Obama’s farewell from the presidential office means so much to him. Obama proved to him this country is stronger than what he thought. No one had been able to do that before.

“The future,” Papa said in awe of Obama, “He’s going to be a tough act to follow.”