President Obama asked us to fact-check his economic speech, so we did 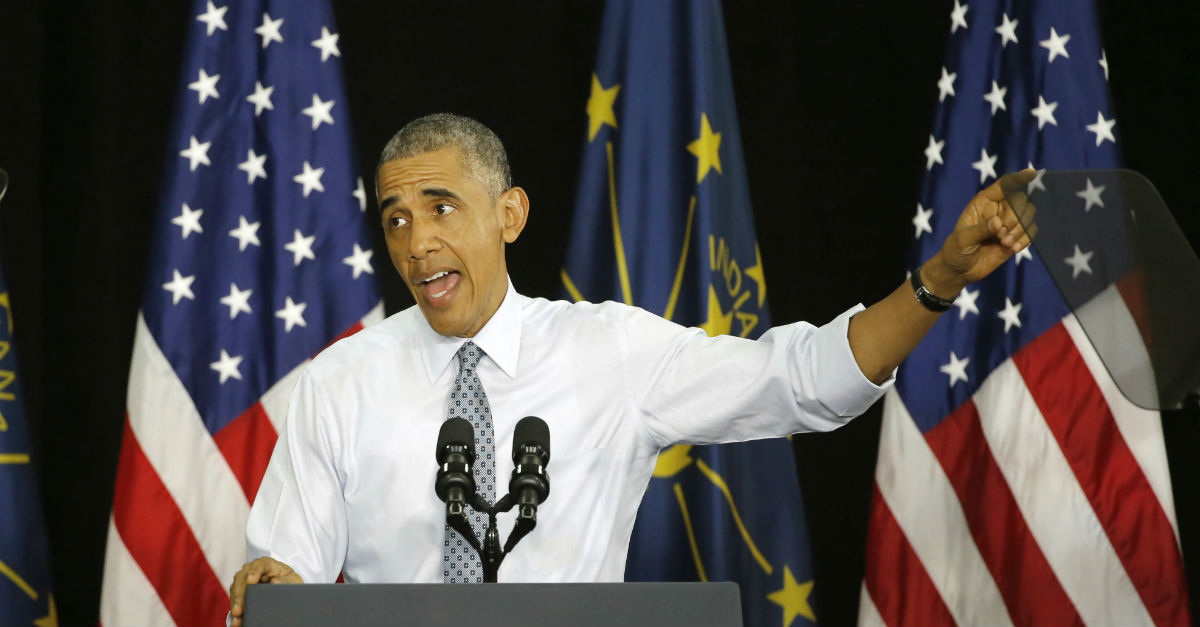 President Obama traveled to Elkhart, Indiana, on Wednesday to give a speech defending his economic policies, which he has to do because no one else will?not even Democratic presidential candidates Hillary Clinton and Bernie Sanders.

In that speech, he challenged the media to fact-check him. So let?s do just that.

Well, it?s easy to reduce deficit spending in subsequent years if you begin your first year by passing the largest deficit since World War II.

In Obama?s first year in office, the federal deficit was $1.4 trillion?more than three times President George W. Bush?s largest deficit of $455 billion in 2008.

Bush had budget deficits in seven of his eight years, adding $2.13 trillion to the federal debt; Obama will have added about $7.4 trillion. So tell us again, Mr. President, just how thrifty you?ve been.

Claim: “Moreover, there are fewer families on welfare than in the 1990s. Funding has been frozen for two decades.”

Presumably by ?welfare? he means the cash assistance program known as Temporary Assistance for Needy Families (TANF). According to the Congressional Research Service, there were about 5 million families on cash assistance in 1994. But thanks to the 1996 welfare reform legislation, which most liberals opposed, the number dropped to about 2.2 million in 2001, and 1.7 million in 2013.

But as Obama knows and yet deceptively doesn?t mention, there are dozens of means-tested welfare programs. The U.S. Census Bureau reported recently that ?From 2009 to 2012, the average monthly participation rates for Medicaid, Supplemental Security Income and SNAP [food stamps] increased, while the rate decreased for Temporary Assistance for Needy Families/General Assistance.?

So TANF went down while the others all went up. Why didn’t Obama mention that?

Let?s look at Medicaid, which is also means-tested welfare. There were 33.4 million people on Medicaid in 1995, compared to 68.9 million in 2015. That’s more than double.

And Obama?s claim that welfare funding has been frozen for two decades is just false. As Robert Rector of the Heritage Foundation has pointed out, the country spent $3 trillion on means-tested welfare programs between 1989-98, $5.6 trillion between 1999-2008, and will spend a projected $10.3 trillion between 2009, when Obama entered office, and 2018.

But more to the point, Obama?s claim is baloney. No one complains about the number of executive orders he?s signed; it?s what those orders do that?s the problem. He has repeatedly used EOs to ignore the constitutional role of Congress.

In other words, Obama is issuing executive orders as a power grab to do whatever wants, regardless of the law or Constitution.

Claim: “Today, the average family?s health insurance premium is $2,600 less than it would have been if premiums had kept on going up at the pace before Obamacare.”

The day after Obama made that claim, the Dallas Morning News ran this headline: ?Blue Cross seeks hikes near 60%.? What gives?

Obama is talking about employer-based health insurance, which was less affected by Obamacare. And the recession and slow recovery reduced health care spending.

However, in the health insurance exchanges, which were supposed to be the genius of Obamacare, premiums are rising by double digits?as any honest analyst knows and concedes, and as those in the exchanges are discovering.

So when we fact-check the president?s claims, as he requested, we discover that virtually every one is misleading or deceptive. He tells a good story about his economic policies?perhaps because no one else will.