Record number of Americans think the Obama government is corrupt 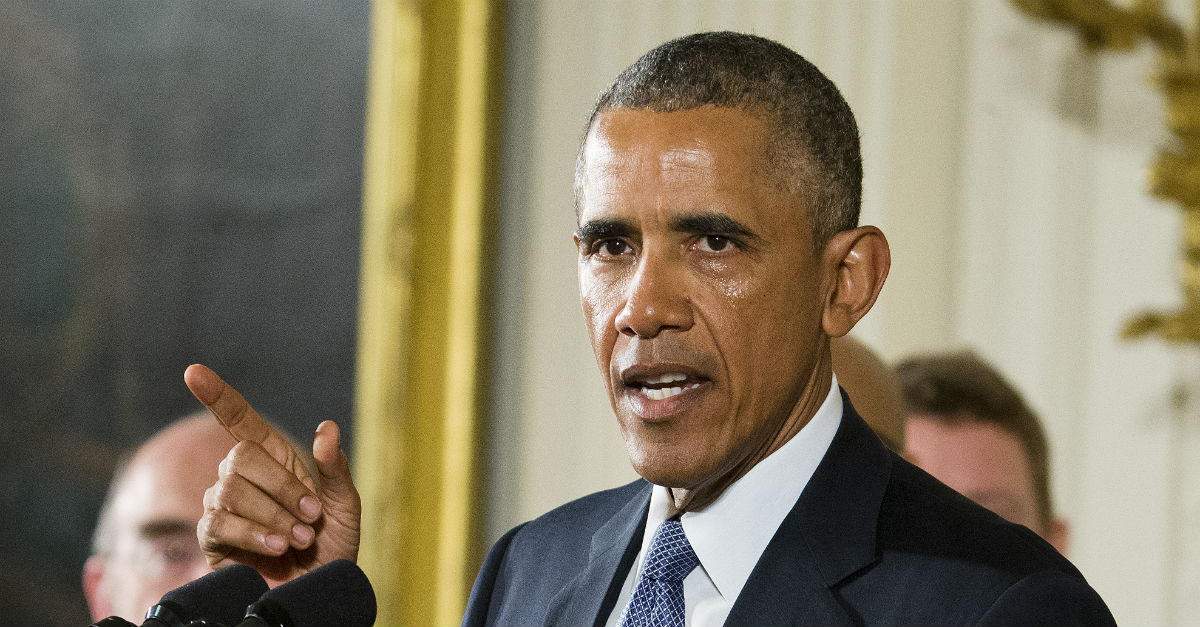 Gallup just released a poll showing that 75 percent of Americans think corruption “is widespread throughout the government in this country.” And who can blame them?

Seven years of lies, evasions, deceptions, and half-truths from the Obama administration—including the president, the State Department (especially Hillary Clinton), the IRS, the Justice Department, the Department of Health and Human Services, et al—would tend to lead to that conclusion.

I have already pointed out here that the public’s trust in government under President Obama is at an all-time low. According to the Pew Research Center, “Only 19% of Americans today say they can trust the government in Washington to do what is right ‘just about always’ (3%) or ‘most of the time’ (16%).”

But there’s a difference between trust and corruption. Sheer incompetence can make people lose trust in their government, but corruption carries with it the notion of willful wrongdoing.

Interestingly, that 75 percent figure for 2014 is down from 79 percent in 2013, when stories about the Benghazi cover-up and the IRS targeting conservative groups were getting lots of airtime.

According to Gallup, 67 percent of the public thought the government was corrupt in 2007, when George W. Bush was president. That number dropped to 66 percent during Obama’s first year in office in 2009, and might have dropped further had Obama kept his promises.

And just so you don’t think this is a problem with all governments, Gallup provides the corruption poll for 36 other countries. The citizens of almost all the European Union nations view their governments as less corrupt than Washington, and several are much lower.

For example, 46 percent of those polled in the United Kingdom think their government is corrupt, 44 percent in Canada, and 38 percent in Germany. Switzerland is at 25 percent, Denmark at 19 percent, and Sweden at a remarkably low 14 percent.

Jim Clifton, president and CEO of Gallup, explains, “This sense of corruption probably contributes to much of the extreme anxiety and unrest we see today—including protests, lower voter turnout and increased interest in guns.”

The irony, of course, is that Obama promised to usher in a new appreciation for big government, but his policies, lack of transparency, and obvious deceptions have turned the public very negative.

And that mistrust is likely to have an impact on the November elections, giving Hillary Clinton, who is already widely mistrusted by the public, an even higher hill to climb.