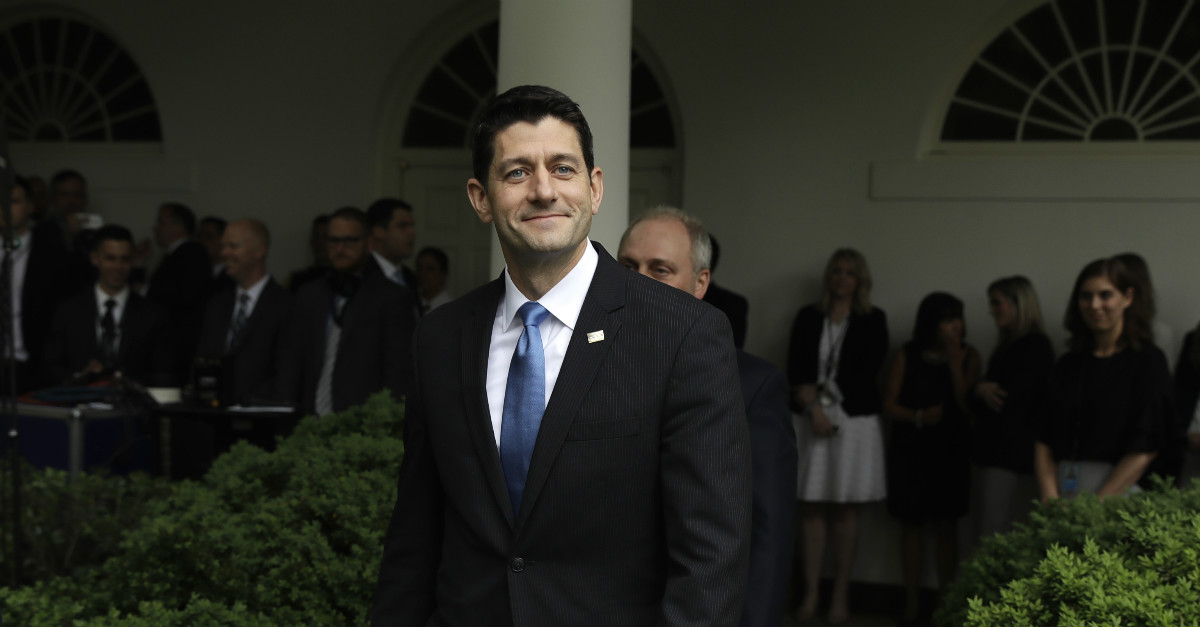 When it comes to Obamacare, my hate is pure. I’ve been railing against President Obama’s health law privately since 2009 and publicly since 2013 when the American Spectator made the mistake of affording me an opinion column for the first time in my life. I’m not much of a health wonk?risk pools and deductibles bore me into paralysis; foreign policy is more my bailiwick?but I studied the critics’ arguments, joined them in warning about a gradual death spiral and rising premiums, and was disappointed to see that happen almost exactly.

Partially as a result of this wreckage, today there are so many Republicans in Congress that they’re falling out of the Rayburn Office Building windows. So now the GOP is looking to replace Obamacare. They’d be crazy not to after riding that electoral wave.

I’ve already written a good deal about how the American Health Care Act (AHCA), the Republican Obamacare replacement (more of a modification, really), is likely to make the health care exchanges worse and not better, freeing Millennials from the shackle of the individual mandate and furthering the death spiral that’s already begun. So let’s focus now onto the Medicaid expansion. Despite the Affordable Care Act’s “Les Miserables”-sized text, its primary accomplishment was to dump a bunch of people onto the pre-existing Medicaid rolls, about 12 million of them or 84 percent of those who obtained insurance under the new law.

The AHCA would roll back the Medicaid expansion by barring funds for new signups after 2019, a consequential change since people tend to fluctuate on and off of government-provided insurance. That means two years ahead when someone who’s used Medicaid in the past loses his job and tries to sign up again, it won’t be there for him. That’s fine?the government’s entitlements tab is a fiscal time bomb?but only if those Medicaid habitués can be transitioned onto private-sector insurance that’s genuinely affordable. There’s no evidence that the AHCA will do enough to achieve those kinds of cheap alternatives.

The current health industry is a jungle of corporate interests and public regulations, and the new Republican bill doesn’t do nearly enough to machete through them. We’re left with legislation that leaves the private sector hamstrung at Obamacare levels while also kicking away the lone government refuge provided for those who can’t afford the resultant mess. And yes, I used the word “refuge.” Medicaid might be third-world insurance that doctors are stampeding away from and that’s possibly one genius HHS innovation away from providing its enrollees with leech kits, but for many Americans who find themselves in need, it’s all they have. Slam the gate without offering something else and you’ll assemble another millions-strong army of deplorables, this one waving its pitchforks at fiscally conservative Republicans.

RELATED: Why we shouldn?t pop the champagne over House Republicans voting to replace Obamacare

I’ve long had a strong libertarian impulse, but it’s leavened by anecdotal populism. I live near Washington, D.C. Every day I witness the real effects of big government: not jobs in Breathitt County, but wine bars on 14th Street, mile-long reservation lists for restaurants in Chevy Chase, a capital-city caste of nouveau riche subsisting either directly or indirectly off of the same taxpayers whose livelihoods they clog up with debt and whose children they ship off to 100-year wars. The primary effect of sprawling statism isn’t to enliven the working class but to enrich the governing class, which is why, despite the ravages of the supposedly penny-pinching sequester, cranes hover over every D.C. skyline. This place is like Starcraft: developers click and new buildings sprout up, with craft breweries standing in for supply depots.

Back in 1960, John F. Kennedy traveled to beleaguered and coal-hardened McDowell County, West Virginia?the poorest in the state?and the poverty he witnessed there inspired him to launch the food stamp program. Almost six decades later, McDowell is still marred by destitution, despite a battery of welfare programs and a gaggle of happy hour-browsing Washington bureaucrats who ostensibly exist to serve the people who live there. Meanwhile, the fastest-growing counties in the United States are consistently those in exurban D.C. Manassas, known for the two battles of Bull Run, today resembles a sort of outdoor Mall of America, with fast-food joints and car dealerships stretching into infinity.

This is the cold truth of big government: mass inequality between the politically connected and unconnected. The sense of injustice it breeds is why we have President Donald Trump today.

That being said, there are government programs that have helped the poor, however disproportionately they’ve also lined the pockets of This Town. I agree with Senator Rand Paul: any libertarian project should prioritize destroying corporate welfare before it takes even a dime from the safety net, especially during these times of recession. So what does it say about Donald Trump’s erstwhile William Jennings Bryanism that it’s prepared to scale back Medicaid while shoveling another $54 billion onto the gilded rotary that is the military-industrial complex? Or that it can’t pluck more than 1 percent from the EPA, the agency that’s wrought so much misery in West Virginia and Kentucky? Or that it’s become the stooge of big agribusiness by leaving the farcical ethanol mandate in place? Or that it refuses to touch Social Security, which could be fixed relatively easily and with no pain for current beneficiaries?

Maybe it’s the irresponsible populist stomping around in my head, but nothing about that seems right. The juxtaposition of cutting Medicaid for Kentuckians only a few days after greenlighting a budget that demands no sacrifice from Washington makes Republicans look like, to borrow from Theresa May, “the Nasty Party.” And throw in tax reform that’s badly needed but will primarily benefit the wealthy and you’ve cemented the impression, one that leaves a metallic taste in my mouth. We conservatives and libertarians aren’t automatons, right? We don’t see individuals as dots on a chart. Surely we can understand that when big government becomes the norm, people become acclimated to it, and since any scheme to roll it back must by the nature of democracy be gradualist, the last people to be affected should be those dependent on a federal program to see an oncologist.

One more thought. If the thorough failure of Obamacare has proven anything, it’s that entire sectors of American life can’t be effectively reengineered by computer screen-addled left-wing wonks, no matter how unreadable their articles and how insufferable they are in person. Now it’s Paul Ryan who’s making wonkish sounds. He isn’t insufferable?rather genial, actually, and something about him makes you want him to succeed?but his objective is the same as that of Matt Yglesias: to remake one sixth of the economy in his own image. Perhaps that’s necessary, but such schemes have a dismal track record and there’s little reason to think this one will work any better just because the Republicans have the conn and tax breaks rather than subsidies are the order of business.

If all that makes me a RINO, then append the scarlet letter and issue the bull of excommunication. I don’t intend any of this as a manifesto and I’m aware it doesn’t amount to a solution. I’m just thinking out loud.