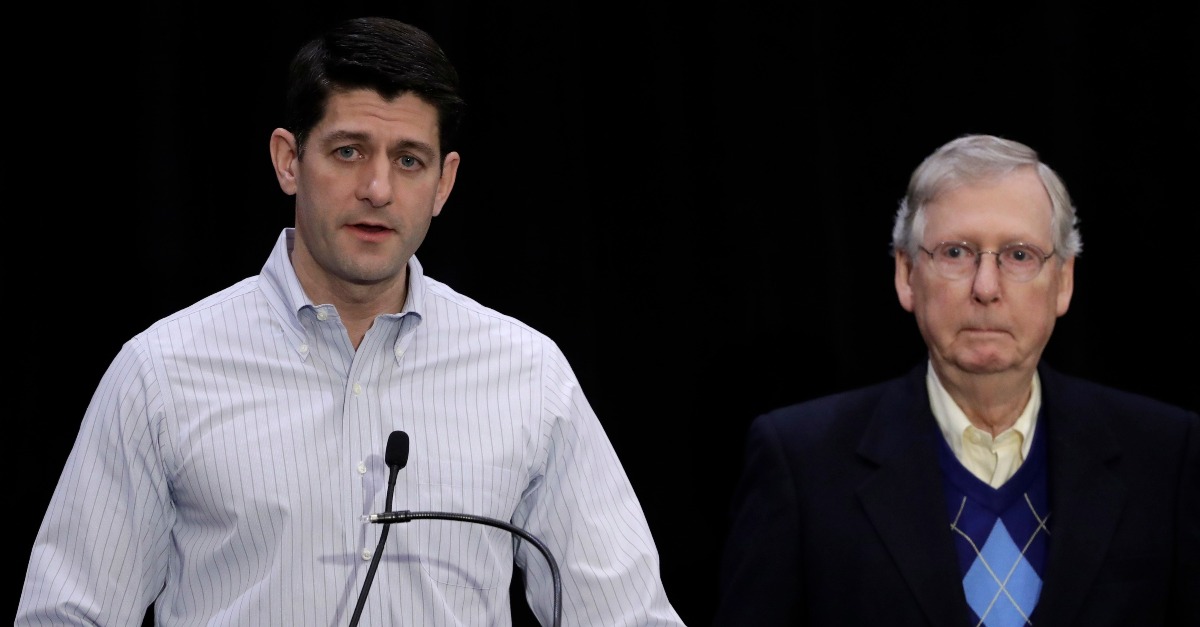 If there’s one thing Republicans should learn from their failure to repeal and replace Obamacare, it’s that nature abhors a vacuum.

While some Republican legislators have said it’s time to move on to tax reform, the problems of Obamacare are multiplying, forcing the GOP to address them. From skyrocketing premiums to insurance companies and providers abandoning failing marketplaces, Republicans cannot throw up their hands and shrug “not our problem” on the very issue they promised to solve.

Yet President Trump seemed to endorse this very tactic when, after the demise of “skinny repeal” in the Senate, he tweeted: “As I have always said, let ObamaCare fail and then come together and do a great healthcare plan. Stay tuned!”

Republicans may believe that voters will view their failure to act as merely an omission, but such a grave betrayal of their word while premiums and deductibles go through the roof and insurance companies collect bailouts becomes just as serious as any action. In criminal law, defendants aren’t responsible for a failure to act unless the law imposes a duty to act. By promising to solve the problems of Obamacare, Republican legislators imposed upon themselves that duty.

Let’s just review the history. For seven years, the Republican Party ran on opposition to Obamacare. The House held over 50 votes to repeal or amend the Affordable Care Act. The Senate joined in, even sending legislation to repeal the law to President Obama. Apparently, it was acceptable for the GOP to support repealing Obamacare ?root and branch? when the legislation landed on the desk of a president who would never undo his own legacy. Yet as they careened headlong down the legislative path of repeal, the party of ownership and responsibility had to realize they’d own and be responsible for what happened next.

RELATED: Shame on the spineless Republicans who wouldn?t vote for skinny repeal

Now health care markets are collapsing. Federal courts have ruled that Obamacare’s cost-sharing subsidies are unconstitutional. The Trump administration has continued to pay them anyway, but if these subsidies are withdrawn, deductible and out-of-pocket costs for low-income Americans will rise exponentially. Trump may also decide to end the taxpayer subsidy of Congress’s health care, which amounts to around $12,000 per employee. And the Trump administration could decide to forego spending millions of dollars on advertising the exchanges to healthy young people, who help subsidize the unsustainable pools of sicker and older Americans.

The Trump administration could hasten Obamacare’s collapse, but it seems unwilling to do that without some movement from Congress. Like a slow-motion train wreck, the GOP cannot look away from Obamacare, in part because health care spending now constitutes a historic high of almost 18 percent of U.S. gross domestic product. And who is the biggest payer in the health care industry? Yep: it’s the federal government.

At some point, the GOP will face blowback from voters over their complete inability to pass anything like what they had promised. While Republicans face infighting over to what extent they should remove the most onerous aspects of the law, Democrats believe their only failure was that Obamacare didn’t go far enough. Liberal darlings Elizabeth Warren and Bernie Sanders are asking when the U.S. will implement a single-payer system. “Progressives have been dreaming of a government-run healthcare system for over half a century. Why can?t they get it done?” asks Vice.

Nature abhors a vacuum. If Republicans won’t offer a solution or don’t have the willpower to pass any of their own proposals, they cannot sit back and expect that Democrats will accept the failures of the ACA.

With 26 states controlled entirely by Republican governors and legislatures, compared to only six states controlled by Democrats, the GOP does not need to worry just yet about this outcome — at least on the short-term congressional landscape. That map could change quickly, though. Just look at the devastation the Democrats suffered when they passed Obamacare.

President Trump could also take executive action and allow associations to offer health insurance plans in the same way that employers do, as Senator Rand Paul has suggested. Paul said Trump was considering taking that step after the Senate failed to pass the “skinny repeal” plan.

According to legend, an oracle prophesied that whoever untied the Gordian Knot would rule all of Asia. Confronted with the knot, a complex tangle of rope that secured the linchpin of an ox cart, Alexander the Great removed his sword and sliced it open.

Obamacare is Republicans’ Gordian Knot. Unfortunately, they seem to be lacking in Alexanders.