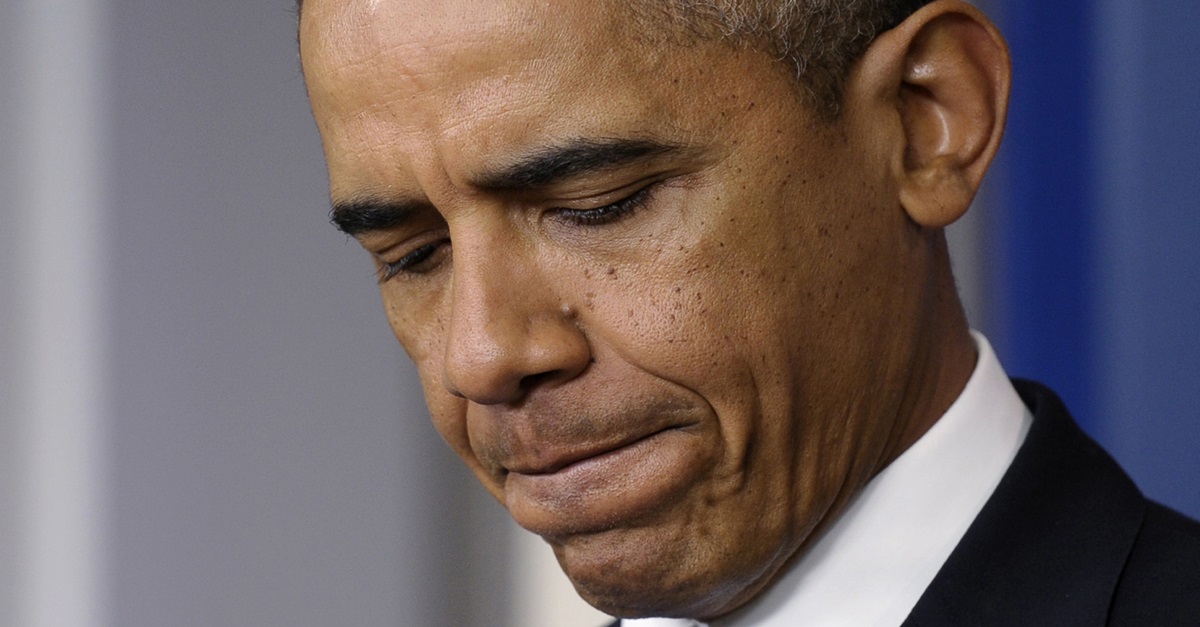 AP Photo/Susan Walsh
President Barack Obama pauses before a speaking about the ongoing budget battle from the Brady Press Briefing Room at the White House in Washington, Monday, Sept. 30, 2013. Obama is ramping up pressure on Republicans to avoid a post-midnight government shutdown. He says a shutdown would hurt the economy and hundreds of thousands of government workers. (AP Photo/Susan Walsh)

Yesterday, the American Health Care Act (AHCA) passed the House of Representatives 217-213. The bill is a partial repeal of the Affordable Care Act or Obamacare.

If you listen to many on the left, you would think that Republicans just voted to let people die in the streets. Media Matters published a piece with the headline “The House Passed A Health Care Bill That Will Kill People.” Senator Bernie Sanders told CNN that “thousands will die” due to the bill. DNC Chairman Tom Perez warned that Republicans “will own every preventable death.” Someone even came up with the idea that people who die supposedly because of the AHCA should mail their ashes to GOP congressmen.

Listening to the left, you would have thought that Republicans were destroying a health care system that was working well. The problem is, that’s just not true.

Let’s take the biggest objection to the AHCA, which is that it will cause millions with pre-existing conditions to lose their health insurance. Avik Roy writes in Forbes that those worries are largely overblown:

[P]rior to Obamacare, the vast majority of Americans with health insurance were already in plans that were required to offer them coverage regardless of pre-existing conditions. Employer-based plans were required to offer coverage to everyone regardless of pre-existing conditions. So were Medicare, Medicaid, and other government programs like the VA. Employer- and government-based plans, prior to Obamacare, represented 90 percent of Americans with health insurance.

We need to remember that Obamacare is failing. Yesterday, I touched on the fact that insurers are pulling out of the exchanges in many states. In addition, out of the 14 million who now have health insurance because of the ACA, 11.8 million of them were dumped on Medicaid. In 2013, an Oregon study found that Medicaid had no significant effect on its enrollees’ health outcomes versus the uninsured.

RELATED: Rand Paul seems to lean “no” on the health care bill unless these major changes happen

In addition, a net of 9 million people lost their health insurance as a result of the ACA. Many of them have moved to some sort of government-subsidized insurance either through the exchanges or Medicaid.

The AHCA has flaws but it’s false to claim we can just stick with its predecessor. The status quo is failing and it needs to be fixed.