British Conservatives, it’s often said, are “the natural party of government.” That quote is actually attributable to former prime minister Harold Wilson who was boasting about the Labour Party, but it’s since been appropriated by the Tories who have governed Britain for most of the last 40 years. Conservatives, it’s argued, are simply better at the processes of governing, in contrast to Labour with its ideological immaturity and emphasis on activism over results.

But does that phrase travel? Can the Tories’ center-right American counterparts, the Republicans, also be characterized as the natural party of government?

Certainly the numbers suggest they have a claim. Republicans have controlled the House of Representatives since 2011, the Senate since 2015, and the presidency since Donald Trump’s stunning inauguration in January. Throw in a lock on 67 of 98 partisan state legislatures and 33 of 50 governors’ mansions, and, to appallingly butcher Churchill, Republicans are at least in government even if they’re not of government.

But to be a natural governing party, you also need competence, a certain elegance with the myriad levers and cranks of the state. And it’s here that Republicans fall short, as the recent fiasco over Obamacare repeal has made abundantly clear.

RELATED: Why Republicans are boxed in on health care reform

A story in Politico this morning explores the essential question: How is it that Republicans won six years’ worth of elections on repealing Obamacare and then showed up without a consensus bill to make that happen? The tea party was catalyzed by opposition to Barack Obama’s health law, the GOP-controlled House of Representatives voted for repeal more than 50 times, yet faced with the prospect of actually making this happen, Republicans promptly exploded into a brawl, with Mitch McConnell desperately trying to maneuver his way through the scrum holding aloft the American Health Care Act, a bill reviled by all.

How did this happen? The answer from Politico, at least according to a Republican source, is that it’s all the left’s fault: “The administration official said the lengthy confirmation process, which he blamed on Democrats, hurt the White House because it meant the administration did not have two key health policy experts in place.” Uh-huh. One imagines Paul Ryan running down the hall: “Guys, we need to move! The administration just appointed a couple of experts!” The blame for this lies not with the administration, which was still getting its sea legs in March when the AHCA was introduced, but with congressional leadership, which had six years to prepare and still showed up empty-handed.

It’s not like the right has had a shortage of potential starters here. The recently injured Congressman Steve Scalise had been shopping around an Obamacare replacement bill since 2014 and conservative wonks like James Capretta and Avik Roy have been working through some of the knottier policy issues since before 2010. Mitch McConnell and John Boehner should have followed these efforts and planned for the eventual election of a Republican president. They should have cobbled together a draft, brought it to their caucuses, let the objections be registered, made modifications, held as many rump sessions as it took until they’d hammered out something that members generally favored. They could have had something ready to go, even if modifications needed to be made. There might have been a bedrock of consensus instead of immediate chaos.

Instead, they went into hiding, emerged with a lemon, and expected it to sail through like it was a one-pager renaming a post office. Politico reports that the administration and congressional leadership originally anticipated having health care done by President’s Day back in February. That meant they allotted less than a month after Trump’s inauguration to rebuild the country’s entire health care system despite not even having a blueprint ready. Predictably, that didn’t work, and without an agreed-upon framework, GOP divisions over health care spilled into the open. As the moderates clamored for the preservation of Medicaid, as conservatives shouted for a more thorough repeal, you couldn’t help but think: February. What were they smoking?

This was the consequence of not taking the tea party seriously, of thinking a cosmetic and ill-considered bill could be rammed through to placate conservatives, and, too, of somehow not comprehending just how personal an issue health care is for many voters. So now both Rand Paul and Susan Collins are definite “no” votes. McConnell can’t lose another senator if he wants the AHCA to pass. Repeal teeters on the precipice. The GOP is certainly the natural party of opposition but governing is proving to be a trickier business. 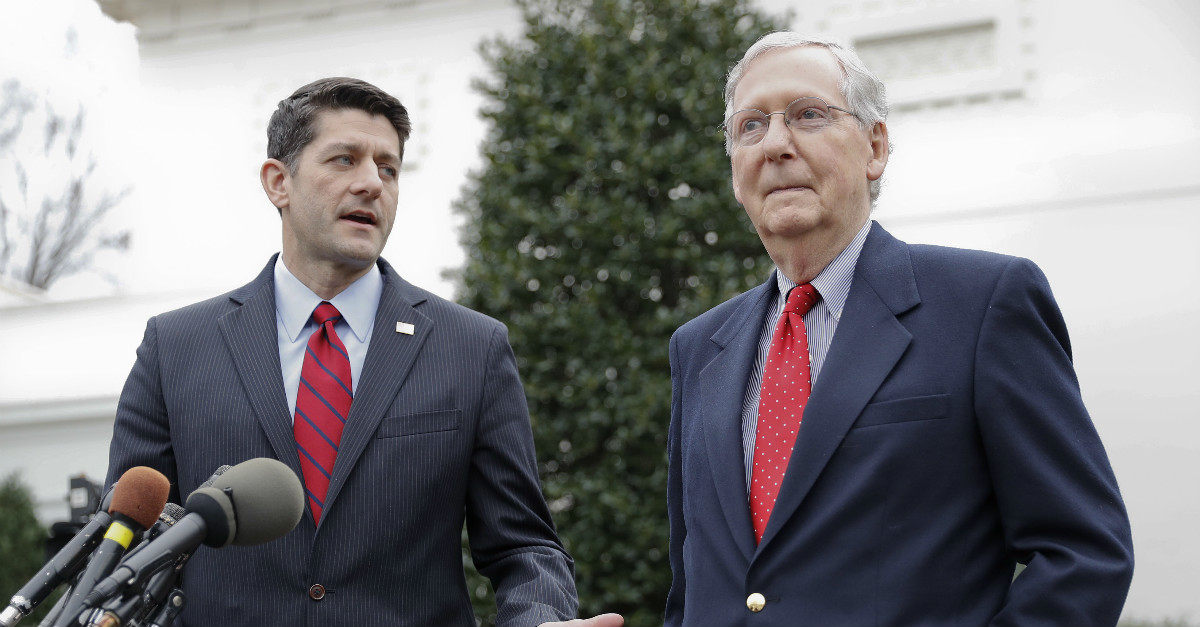