Senator Rand Paul on “Face the Nation” yesterday pushed the tea party flag deeper into firm soil and insisted conservatives in Congress are “not going to vote” for the GOP’s new health care replacement. Thing is, he’s right and it will make all the difference. The GOP’s slender majority in the Senate means the loss of only three Republicans—think Paul, Lee, and (*sigh*) Cruz—can block Paul Ryan’s lateral pass on Obamacare. And the Medicaid Four, that quartet of liberal Republicans who worry the bill doesn’t do enough to swamp future generations in debt, could cost valuable votes, too.

There’s a very good chance this legislation will die in the Upper House, which raises the question: Why did Republicans bring it forward so hastily? A buried health care bill would be a recoverable loss, but a humiliating one for GOP leadership, which wants to appear in full command of its foot soldiers. So why embark on what feels like a rush job without ever taking the temperature of the caucus?

And there’s something else that’s been bothering me about this. Looking ahead, Congress has an unusually jam-packed schedule. The debt ceiling must be raised by Thursday of this week, drawing an admonition from Treasury Secretary Steve Mnuchin who naturally wants the deed done without controversy. Also, a budget will have to be passed by April 28 in order to prevent the government from shutting down. The flashpoint there is no longer spending cuts, as it might have been under Obama, but Trump’s pricey border wall, which Republicans may include and Chuck Schumer is promising to reject. Yes, the GOP doffed its fiscal responsibility hat the moment it grabbed control of the federal government last November, and it’s contemptible.

RELATED: The Obamacare debate reveals which Republicans are principled and who is just playing politics

But setting the usual hypocrisies aside, the point is that Congress has plenty to occupy its time over the coming months, especially since Paul Ryan has allotted only eight work days for our lavishly salaried legislators in April. So why not clear the other impending hurdles first? Why not get the debt ceiling and budget done, consult with the health policy wonks, take some time hashing out a bill, find consensus among Republicans, save the legislative fight for the summer, head home over August to reassure constituents, and then bow it up by the end of the year?

Members would still have at least another 10 months to absorb any political shock before elections come calling, and in the meantime they could tackle simpler priorities that would have more immediate ameliorative effects on the economy, such as regulatory reform. My think-things-through-so-you-don’t-f*ck-this-up strategy will elicit accusations of a do-nothing Congress and leave Trump burning to achieve more in his first 100 days, but it’s also likely to produce a better policy, one that won’t create a new individual mandate and pretend blowing another hole in the tax code is a health care panacea.

So why not pull the handbrake? There are two possible reasons, I think.

RELATED: Why I’m glad Donald Trump is taking a back seat in the healthcare fight

The first is that Republicans were desperate to knock Russia and Trump’s wild wiretap claims below the front-page fold. They’ve achieved this—we’re all talking about Obamacare now—but as a motivation it’s unlikely. Congress moves at its own groaning pace irrespective of the executive and I doubt even Paul Ryan would reduce the GOP’s long-sought Obamacare repeal to a shiny object.

The more conceivable cause is that Ryan and other Republicans understand the policy reality. It’s this: Even before 2010, the government had deeply distorted and congested the landscape of the health care market, and Obamacare only twisted it further. In order to introduce those capitalistic forces Republicans say they want and reverse half a century of Democratic meddling, you would need a stick of policy TNT that would make Obamacare appear as an incremental reform. There would be disruption, people would lose their insurance, some Republicans would be ousted from office because of it.

Ryan seems to have decided it isn’t worth the damage. He’s thus introduced a mostly cosmetic bill to avoid a potential political earthquake. It’s a craven approach and it may end up not achieving either. 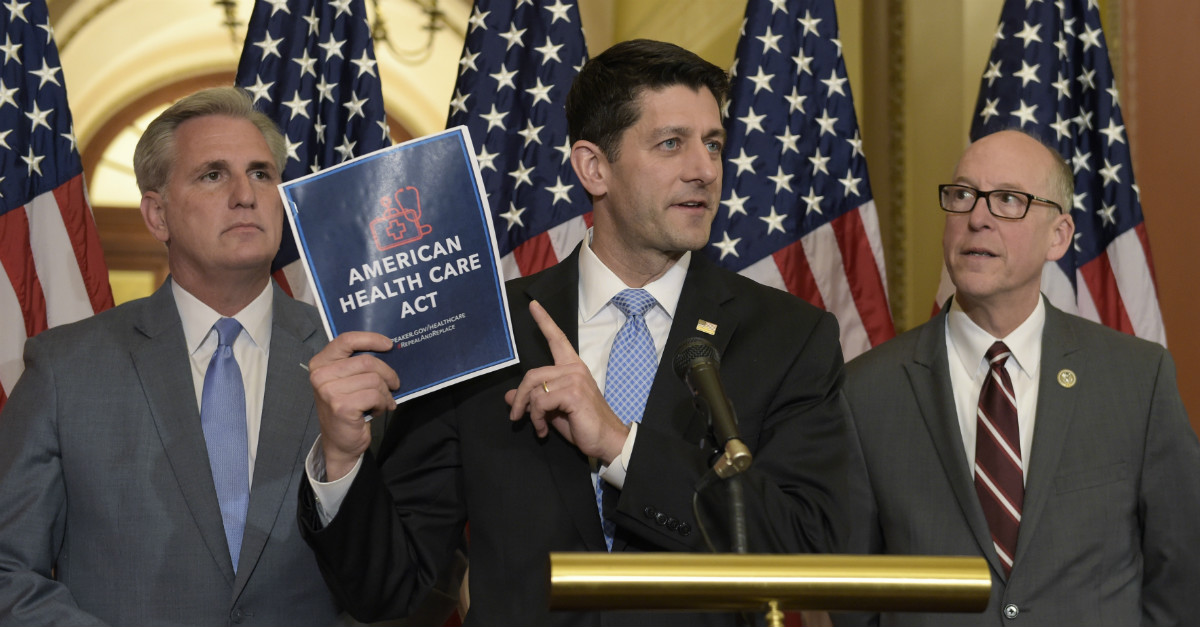