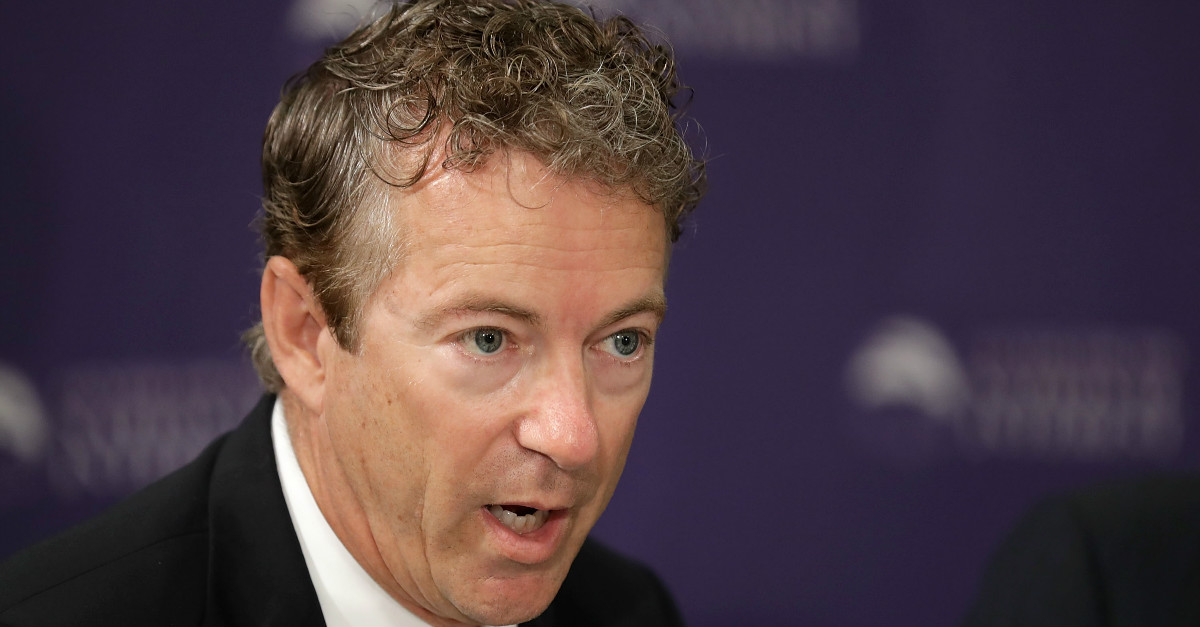 Sen. Rand Paul (R-Ky.) reportedly told President Trump that administrative action could be taken to allow organizations like trade groups to ?band together? to buy insurance, The Hill reports.

?Well I just got off the phone with the president, and I think he and I both want to get something done,? Paul said on Monday. ?What I’m talking to him about is that I think through executive action, I think he can legalize the health associations that I’ve been talking about.?

?I am calling publicly for what I?ve been working on privately for months: the Department of Labor should revise its rules to allow virtually any group to become a group for insurance purposes,? Paul said in an op-ed for The Hill.

?From the Chamber of Commerce to the credit unions, from the NRA to the ACLU, from the Realtors to the Restaurant association, there are many groups who could almost immediately begin to offer insurance to their members,” Paul wrote. “Can you imagine if hundreds of thousands, if not MILLIONS, of Americans would leave the group or small business market and join together in a large, powerful organization??

?The problems of the individual market would be over. Job-killing mandates and burdensome regulations on insurance would be unnecessary, because the consumer would have power over the big insurance companies.?

The conservative senator, who has been consistently opposed to Obamacare and Republican alternative plans he considers “Obamacare-lite,” would prefer groups like AARP could come together with the Chamber of Commerce to buy health insurance and negotiate for lower costs.

?Can you imagine the leverage you would get for drug prices and insurance prices if you were negotiating for 5 million people?? Paul of his proposal. ?If you could legalize that, not only could it fix some of the problems that we are encountering in the individual market, there’s 28 million people without insurance because it’s too expensive,? he continued. ?What if we forced the price down enough??

Secretary of Health and Human Services Tom Price has said that HHS is open to seeking administrative action to make the changes needed in order to allow such competition.

Paul has consistently argued that the free market is best suited to lower healthcare costs, noting that Obamacare has done the opposite.

?The fundamental problem with Obamacare is this, you add regulations or mandates to insurance [?] they cost money,? Paul said last month. ?When you add these insurance mandates as Obamacare did, it chases the young health people out of the market.?

?Prices always go up under a monopoly,? he stated. ?As a physician, I can tell you this: insurance was bad before ObamaCare. Why? Because the power was too often on the side of Big Insurance.”

“I want to turn that on its head as we debate repeal. We can include something like this association plan in what moves through Congress ? and we should.?

Paul, whose tense relationship with the Trump dates back to the primaries, says that the president agrees with him.

?I know for a fact President Trump agrees with this ? he has told me so often and has directed his Department of Labor to work with me to get this done. But the time is now to act,? he declared.