Rep. Justin Amash: GOP is “taking the Obamacare framework and trying to call it a Republican piece of legislation” 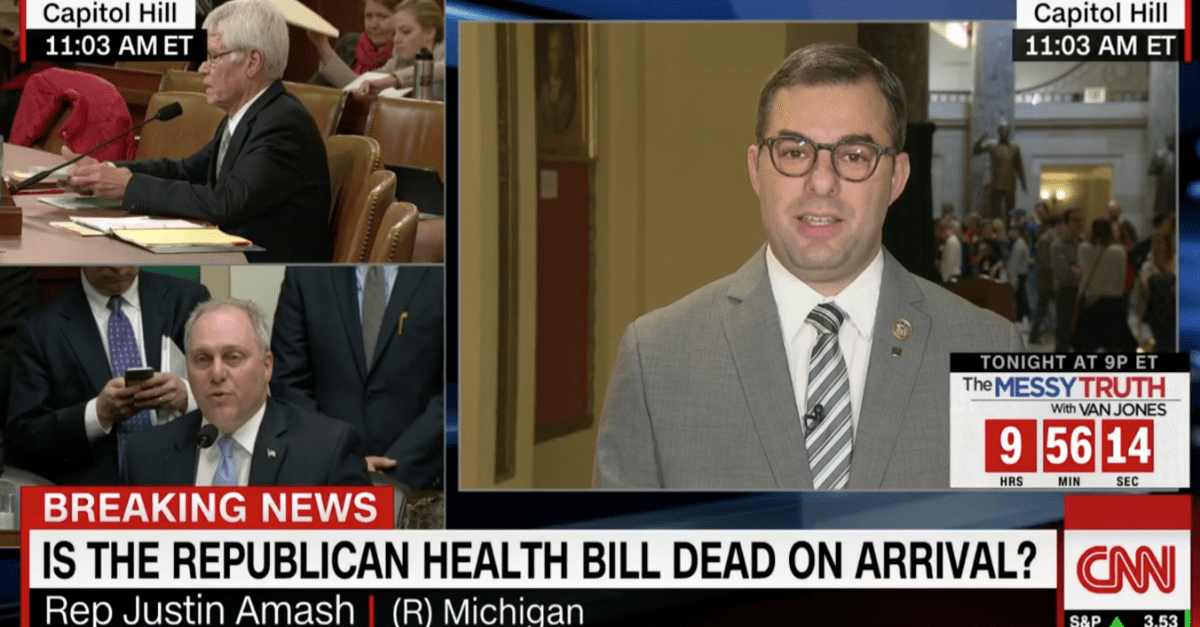 The House Freedom Caucus held a press conference on Tuesday restating their opposition to the plan.

Amash told CNN’s Kate Bouldan the plan being promoted by House Speaker Paul Ryan was little more than “Obamacare 2.0… and that’s not what the people at home asked for.” Amash also said that he didn’t believe the 218 votes in the House needed to pass it are there.

Rep. Justin Amash: They're "taking the Obamacare framework and trying to call it a Republican piece of legislation" https://t.co/tdXrjP0WWr

RELATED: Here?s what?s good and bad in the current Republican health care plan, and why it?s still not good enough

?The whole objective of our leadership team is to ram this through, then go to phase two and have the HHS secretary make the changes and those changes are only in place as long as he?s the secretary,? Amash said, referring to Health and Human Services Secretary Tom Price.

Rep. Amash has a reputation for being unafraid to challenge the new Republican president, and the Obamacare repeal-and-replace debate has been no different. The libertarian-leaning congressman tweeted on Tuesday:

Rep. Amash posted on Facebook Tuesday, “Obamacare is essentially a financing system to ensure that the insurance companies get paid to provide coverage to individuals who were previously deemed ineligible. The GOP proposal amends Obamacare and maintains its overall structure and general approach. It does not effectively address health care costs.”

“The states, independently or through multistate compacts, can more adequately tackle the particular health care needs of their residents,” Amash wrote. “At a minimum, however, the starting point for congressional debate should be the Rand Paul/Mark Sanford legislation.”

CNN’s Bouldan asked if Amash believed leadership was trying to ram this legislation through, similar to what Republicans accused Democrats of doing in 2009 with the Affordable Care Act. “I think they do want to ram this through,” Amash said.

Bouldan asked Amash if there was anything leadership could do to woo him and other Republicans into supporting the bill some now call “RyanCare.”

“They have to start over,” he replied.