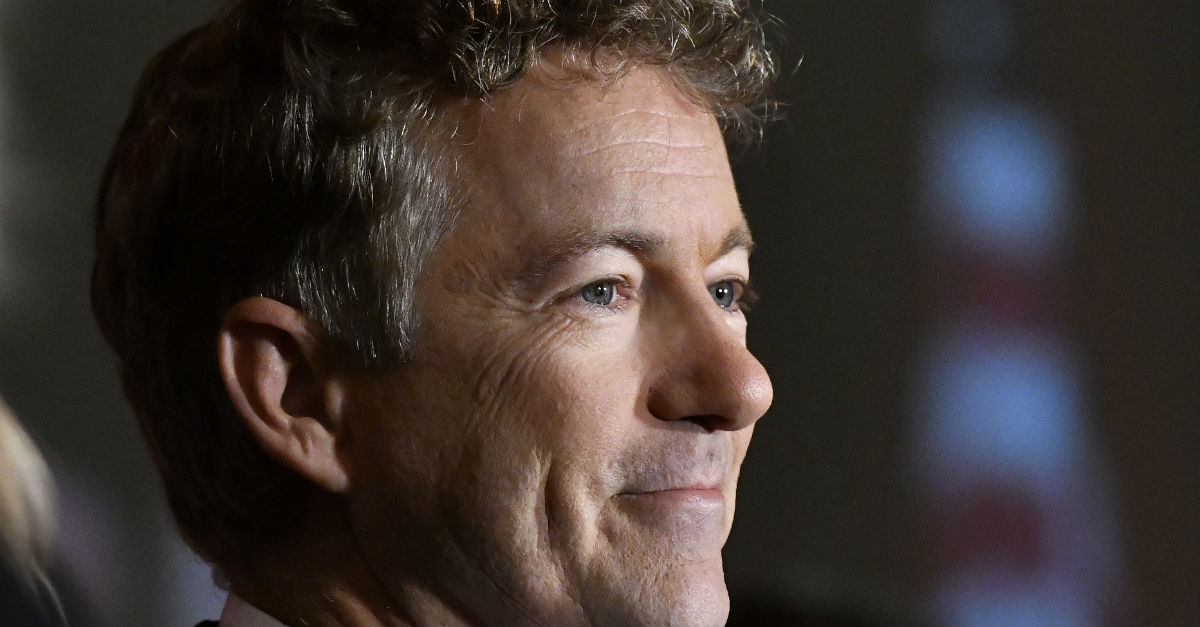 The decision to vote in the Senate on what is being called a ?skinny repeal? of Obamacare is a victory for tea party conservatives like Senators Rand Paul and Mike Lee. It is also a victory for those who believe lawmakers should be held accountable. This decision adds transparency and integrity to a health care legislative process that desperately needs it.

The biggest complaint about Republicans is that they do not know how to govern ? when they control Congress, they cannot coalesce around a set of policies and pass meaningful legislation. There are many reasons for this, including a failure to sell their ideas to the American people. When their attempts to move forward with major reforms fail, GOP leadership then tends to put the blame on complex, process-oriented minutiae.

Instead of taking tough votes in the House and Senate, GOP leadership will issue a long statement that ends by saying the bill “couldn’t pass.” This is infuriating to the average person, who fell asleep halfway into the phrase “reconciliation package.”

Until yesterday, it seemed like that same foregone conclusion would play out with the Senate’s replacement for Obamacare, the Better Care Reconciliation Act (BCRA). If repeal and replace is attempted outside of reconciliation, Republicans need a 60-vote margin to pass a replacement. Given that Republican Senators Susan Collins of Maine and Lisa Murkowski of Alaska went against their party and voted ?no” along with all the Democrats on Tuesday, that route looks like an impossibility.

Thanks to a tie-breaking vote by Vice President Mike Pence, the Senate can now move forward on the Obamacare debate and consider repealing the “tax” parts of Obamacare: the individual and employer mandates and the medical device tax. This is being dubbed “skinny repeal.” It does not include pieces of the BCRA that dole out taxpayer dollars to prop up failing insurance companies. In other words, the Senate can move to vote on repealing as many mandates and taxes as they can agree on, even if they do not have the votes to repeal Obamacare outright.

Senator McConnell informed me that the plan for today is to take up the 2015 clean repeal bill as I’ve urged. If that is the plan, I will vote to proceed to have this vote. I also now believe we will be able to defeat the new spending and bailouts. I’ve been told by leadership their bill would now need 60 votes to pass, votes they do not have. Therefore I believe it will fail. If we cannot pass full, clean 2015 repeal, I’ve also been told we will vote on whatever version of CLEAN repeal we can pass. Repealing mandates & taxes, without new spending and bailouts. This is the path I’ve been urging, and what I discussed with President Trump. If this is indeed the plan, I will vote to proceed and I will vote for any all measures that are clean repeal.

Senate Majority Leader Mitch McConnell, who had previously promised to repeal Obamacare “root and branch,” has had a difficult time coalescing the Senate around a single piece of legislation. With the defection of Collins and Murkowski, there was no margin of error on Tuesday’s vote. That led McConnell to warn that ?any senator who votes against starting a debate is telling America that you are fine with the Obamacare nightmare,” and that’s a ?position even Democrats have found hard to defend.?

RELATED: As their health care bill dies, Republicans need an ?on to Cincinnati? moment

Holding a vote on repealing Obamacare, even one that is doomed to fail because Senate Republicans do not have 60 votes, is a smart chess move. Remember the dozens of Obamacare repeal votes that were held, even though President Obama would have never signed into law a rollback of his signature achievement? Murkowski was one of the senators who voted for repeal then when her support was meaningless.

That’s why these votes are more than symbolic. They place lawmakers on the record, and help their constituents see past the rhetoric and into reality. When GOP leadership fails to hold these votes, it provides cover for turncoats and hypocrites within their party. Voters deserve to see where their representatives stand.